Spokesman for the Russian Defense Ministry, Maj. Gen. Igor Konashenkov, commented on a statement of a spokeswoman for British Prime Minister Theresa May that the Russian side allegedly prevents supplies of humanitarian aid to Aleppo. 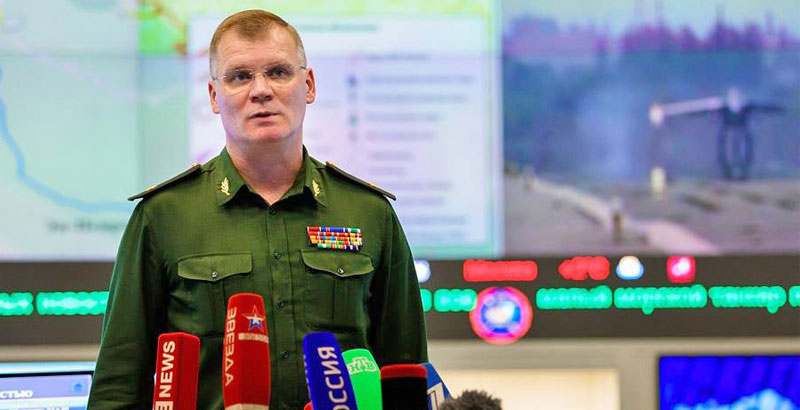 Russian daily delivers humanitarian aid to residents of the eastern neighborhoods of the Syrian city of Aleppo, while the UK has not allocated anything for all the time of the war in Syria, spokesman for the Russian Defense Ministry, Maj. Gen. Igor Konashenkov, said, commenting on a statement of a spokeswoman for British Prime Minister Theresa May, who said earlier this week that Moscow was allegedly stopping aid supplies to Aleppo because it would not agree to a ceasefire to allow its safe passage.

“All this time, residents of eastern neighborhoods [in Aleppo] have been receiving daily humanitarian aid, medicine and warm clothing from the Russian Center for reconciliation and the Syrian government. The United Kingdom, in the course of all the years of civil war in Syria has not allocated a single gram of flour, a single pill or blanket to help civilians,” Konashenkov said on Saturday.

According to the representative of the Russian Defense Ministry, if the British government “really wants to send humanitarian aid to residents of the eastern regions – there are all conditions for this.”

“It seems like amid russophobia the British government has lost an objective perspective on what is happening in Syria, including in Aleppo,” Konashenkov added, noting that “if there is no British humanitarian aid for Aleppo, stop getting in the way of others’ help.”

He also reminded the press secretary for the British Prime Minister that since November 28, Syrian troops liberated almost half of the neighborhoods in the eastern part of the city, which previously were controlled by militants.

“More than 90,000 civilians, who lived there, were liberated. Also about 28,000 civilians, including 14,000 children of minority age, fled from the eastern neighborhoods of Aleppo, controlled by militants, to safe areas of the city,” Konashenkov said.

It’s so sad the western governments are still supporting the terrorists.

The supporters of international terrorism, usa and england, are crying by your sons.

The creators, rulers and leaders of international terrorism….

May is a stupid zionist shill, still thinks uk can lie about the war….uk are the terrorists

There are many of us whom are no longer proud of our country, and infuriatingly, ashamed of our government(s).

UK bows to S. Arabia and Qatar, but principally, to Israel. The US is its more vociferous, tho’ just as duplicitous, twin.

We are all scammed by the British banking system. Why Brexit? Britain agreed first on the OECD measurements on money laundry and it is now backing off.

The more things are opening up with information, the more I realize that WE are the bad guys!!! Our government has been allowed to support the corporate/NWO agenda, with impunity

since WWII!!! Chilling! Then Trump arrives who speaks to “enemies” and makes nice, and the world turn tops a turvey! Love it!!! We needed this!

“Amid the Russophobia the British Government has lost an objective perspective ” , a fine example of understatement , really raises the question of whether they ever had one .

So Russia brought in S-400 air defense and allowed Israeli fighters to fire 2 rockets into Damascus! Something does not add up!

Britain is still on the terrorists side…along with the US, Israel and Saudi Arabia ….