Moscow said one of its warships fired warning shots at a Turkish fishing vessel in the Aegean Sea to avoid collision. This incident is likely to deepen spat between the two countries. 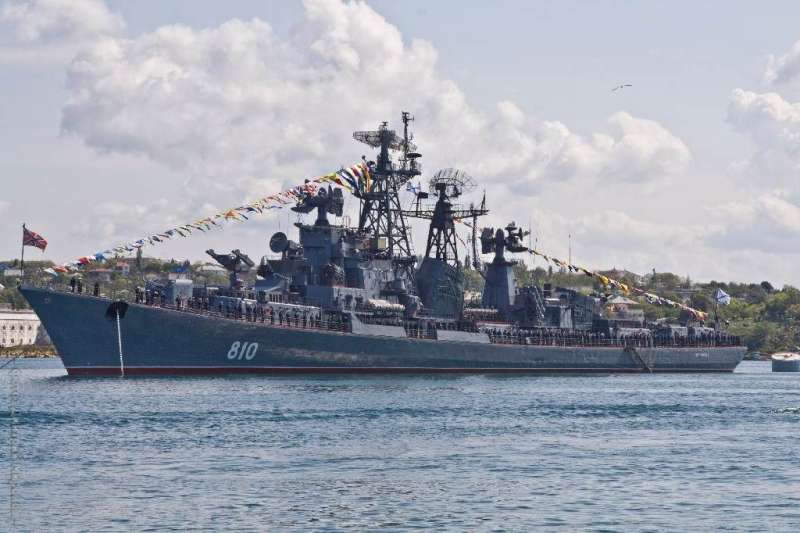 The Russian Defence Ministry said on Sunday that this morning, the destroyer Smetlivy, had been forced to fire warning shots at a Turkish vessel in the Aegean Sea to avoid a collision.

It said in a statement that the Turkish fishing vessel had failed to respond to earlier warnings, but had sharply changed course after shots were fired. According to the Defence Ministry the vessel approached to 600m before turning away in response to Russian small arms fire.

The Russian defence ministry also commented on the incident today: “Despite numerous attempts by the crew of the Smetlivy, the crew of the Turkish fishing boat did not make radio contact and did not respond to visual signals by semaphore or warning flares.

The ministry said that “immediately after that the Turkish vessel drastically changed course” and passed within half a kilometre of the Smetlivy, still making no contact with the Russian crew.

Quoted from its Facebook page, the Putin’s MOD said: “After the distance between the Turkish seine vessel the Russian guard ship reached 600 metres, the naval small arms were used at the distance of guaranteed survivability of the target in order to prevent the collision of the ships.

The incident comes at the height of tension between the two nations after a Russian military jet was downed over Turkey in November.

Read this to know more about the Russian naval capabilities in the region: