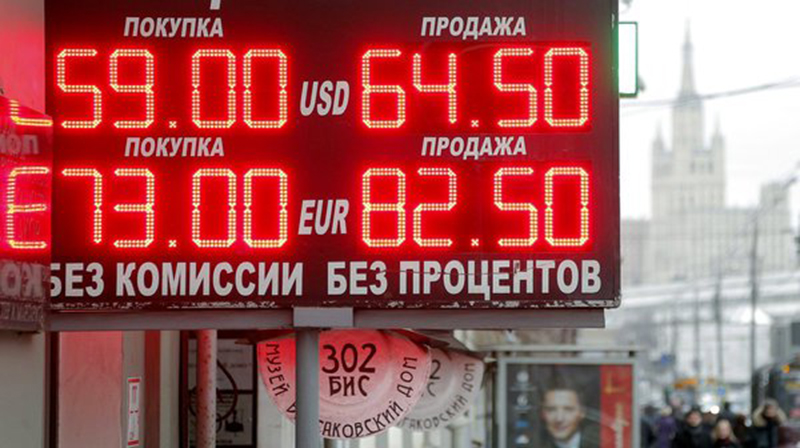 The Russian state budget is suffering from declining revenues from the oil business. The strongly fluctuating ruble slows down international investors. The government is trying, with the issuing of bonds in the capital markets, to find a solution.

Russia plans to issue bonds on the international capital markets. According to Reuters, Deputy Minister of Finance Sergei Storchak said on Monday in Moscow “We will probably prepare an emission”. He did not name any details. The budget stipulates, that the government can borrow this year up to three billion dollars from foreign donors. Just last week Storchak had emphasized, the issuing of these so-called euro bonds is out of the question, as long as the West believes it has to maintain the sanctions against his country. Compared to 2015, Russia must repay in the current year about 38 percent less debt.

The oil price decline has hit the country’s national budget painfully. To date, most financial gaps were closed from funds of sovereign wealth funds. Because this practice is unsustainable, Moscow is trying to raise money on the capital markets. The devaluation of the ruble has had a negative impact on the prices of Russian government bonds. This year alone the rates dropped around six percent – more than bonds in other emerging markets. International investors have held back in the past, because there is a great risk that bonds in the future will be repaid at an even weaker local currency.

The Treasury Department also tries to encourage more domestic investors, to invest their funds in Russian government bonds. A responsible minister said they want to integrate the population, in order to stabilize the state budget. Until now this was quite successful: in the current year the first two rounds of bonds introduced, have brought more than 17 billion rubles – just as much as they had hoped for.