Russia’s possible response to the US withdrawal from the Intermediate-Range Nuclear Forces Treaty (INF Treaty) will be measures on restoring military balance, Kremlin Spokesman Dmitry Peskov told reporters on Monday.

“The breaking of the INF Treaty’s provisions forces Russia to take measures on ensuring its own security,” Peskov said, noting that in the future Washington would start directly developing the systems banned under the treaty.

“If this system is developed, steps from other countries, and in this case of Russia, on restoring balance in this sphere are needed,” he said. Russian President Vladimir Putin has stated this many times, Peskov noted.

The Kremlin spokesman stressed that the US is in violation of the treaty, while Russia remains committed to the document. “President Putin on various occasions has rejected all accusations against Russia pertaining to violations of the INF Treaty,” he said.

“We absolutely disagree that Russia violates the INF Treaty,” Peskov said. “Russia was and remains committed to this treaty’s provisions.”

The procedure for withdrawing from the INF Treaty takes nearly half a year, and so this is an issue of “the day after tomorrow,” Peskov said, noting that the US plans to leave the treaty arouse serious concerns.

On October 20, US President Donald Trump said that Washington would withdraw from the INF Treaty because Russia was allegedly violating the terms of the agreement. Russian Deputy Foreign Minister Sergey Ryabkov branded this as a dangerous move, while Berlin and Beijing also criticized the US plans.

Meanwhile, London voiced support for the US, while NATO held Russia responsible for Trump’s decision saying that “allies believe that the most plausible assessment would be that Russia is in violation of the INF Treaty.”

In 2014, the United States accused Russia of developing a missile with an operational range of 500 to 5,500 km. US media outlets reported that the missile was codenamed 9M729 (NATO reporting name: SSC-8). Since then, the US has repeated this claim more than once. Russia strongly dismissed it and struck back at the US with counterclaims that America had violated the deal. Moscow accused Washington of developing missiles, which are tested at a range prohibited by the treaty and deploying missile defense elements, which may be used for launching short- and intermediate-range missiles.

This is what you get, it`s like a gentleman boxer in the ring with a streetfighter who uses all the dirty tricks in the book.

If the people in the UU had some common sense they would ally with Russia and the Brics.

It is time to isolate the US and Israel plus the Saudi’s. They are like nightmare neighbours who trash the neighbourhood. 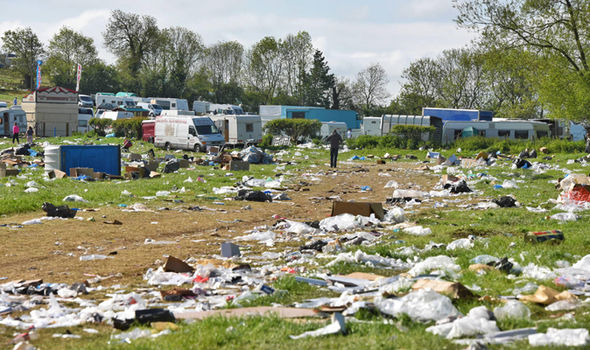 Speaking of nuclear ; VT has an interesting article claiming the Saudis nuked Yemen back in 2015, and this whole Khashoggi case is part of the cover being revealed.

Scroll by the Trump bashing ‘gay sex story’, the nuke story has the ring of truth.
https://www.veteranstoday.com/2018/10/22/-khashoggi-and-some-very-nasty-truth

Under the INF Treaty the ground based missiles are limited to 500 – 5500km which means that the US/Russia can target each other but Europe is exempt. US pulling out of the INF endangers Europe but it makes no difference since the US has already placed missiles that can go between the 500 – 5500km. Distance from Russia to Paris is about 3000km, under the INF Treaty it makes Paris/London safe from those missiles. EU should make a INF Treaty separate with Russia which would then force the US/NATO to remove those missiles from Europe.

Finally a solution! :))) Why it would force US/NATO to remove those missiles?

Should I tell Putin? Assad will stay, good man.

No problem, do I give him your best regards?

please yes many thanks to you good sir :)))

I also believe that the killing of that Saudi in Turkey is an attempt in regime change, removing the current Prince and have him replaced by a US vassal. Apparently Saudi are looking into buying S400 and have the Russians also build nuclear power stations. The Saudis also plan to invest into Russian LNG in Siberia.

well i heard the clown prince mbs ordered his killing, or that the highest saudi court or whatever ordered it. but who knows really?

South Front messed up all IMF information they could.
As I already wrote.
IMF treaty was the treaty between Gorbatschev and Reagan. It was effectivelly banning short and medium range ballistic missiles (500-5500km) on the ground installations.
The purpose of this treaty was reduce possibility of triggering a nuclear war.
You must understand that short range nuclear missile with nuclear warhead has flight time up to 10 minutes and medium one up to 15 minutes. It is very short time frame for intercepting.
The problem is, that ballistic missile is very fast in terminal phase of flight, so theoretically you have some 5 minutes to start your own anti-missiles, or it is too late.

Probability of some technical malfunction, false alert and incidental triggering of WW3 was so high, that Reagan and Gorbatschev despite coldest COLD WAR decided scrap all short and medium range missiles.

Now TRUMP wants to install such missiles not only in West basement in Italy and Germany, but on very borders of Russia, in Poland, ROmania and possibly Ukraine.

This is de-facto declaration of hot war.
If I’m Putin, I’d make preventive strike to Poland and Romania.
But Putin is weak leader on suicide mission for Russia….

we should all be lucky that you are not Putin

1 st US nuclear strike will not be avoided by ignoring all preparations for 1st US nuclear strike which were already done .
West antiRussia hysteria and encircling of Russia and color revolutions and regime changes in former Russian allies goverments are very coordinated and lasts 10 years or so.
They want this fucking war and they’ll get it on any false pretext like MH17 hoax or Skripal hoax or anything else, regardless what Putin is doing or not doing.

The only difference is, that with preemptive strike on NATO installations violating IMF treaty is still slight chance, that some reasonable relics of US generality (actually, are there any?) will catch the message and let it be.
But with not doing anything you are repeating Iraq scenario. Hussein let NATO concentrated on his borders, didn’t disrupted NATO bases, supply chains, communication channels, logistics hubs, just sit on his fucking ass and was defeated and hanged up.
This is the fate Putin has chosen for Russian nation. If he allows short and medium range ballistic missiles in Poland and Romania (and Ukraine), Russia will not have any technical means how to prevent 1st nuclear strike because NATO will be able to destroy Russian retaliation capacity nearly to zero.
And that’s what fucking Rothschild want.

US can only strike if they are convinced that they will be left alive after such an attack. They are not conviced about that. MAD is still aplicable. INF cancelation is just an information campaign and putting presure on Russia

You are absolutely wrong. It doesnt matter if anybody would survive in America. Club of Rome and Bildeberg want depopulation, they want 6 billions people dead. Some minor drawbacks like US mainland and Russia destroyed by nukes is acceptable “collateral damage”.
The only scenario they are afraid is full capacity Russian counter strike. If Russia is able to destroy the whole planet including Rothschilds sitting somewhere in veeeeerrrrry deeeeep bunker in New Zealand or Antarctica or so, they CAN’T make 1st nuclear strike. But they are working day and night to reduce this possibility. For example they forced Trump-the-puppet-and-Dotard to cancel IMF treaty.

You don’t have clue man what are you talking about.
Bolton, Trump , Haley etc. are only idiots, morons and garbage for one use. Nobody from “elites” cares if they survive or not. They want 6 billions people dead and they want rule the world unchallenged because you know, they think they are CHOSEN ONES and that it’s their DESTINY and PURPOSE.

Global oligarchy wants depopulation, that is correct. But they them slef want to live on the planet. Therefore they are doing it by other means. So if a nuclear exchange does take place the global oligarchy would find themself in underground bunkers together with their security services and army special units and commanders. How long would it take for the commanders to figure out that those who they are protecting are responsible for all their death families and countries and the rest of the civilization? A coup/riot would take place in those bunkers almost immediatelly and global oligarchy members would be executed with the army commanders taking the rule of the remaining forces. Global oligarchy knows this very well and therefore will not order strike on Russia if Russia is able to strike back.

No, they have vast underground cities stocked for a hundred years or more, they don’t care if Russia strikes back.

Still it applies what i said. They will not want to live in their underground cities rather than on the surface, if they did, they would have lived there already. And there has to be armed and armored protection with them, otherwise it would be not possible for them to rule even now if part of the military was not aware of their action. So even if they have huge cities and stockpilles of food (even best canned food can not last decades) underground, the moment they destroy everyone on the surface the soldiers will realize who is responsible and will begin an armed coup against the global oligarchy.

Canned food in Antarctic conditions can last over one hundred years with ho problems.

I agree that what ‘they’ are planning is folly no matter what their preparations however it takes a certain type of insanity and these parasites have it in abundance. What I delivered to these cities were M.R.E.’s like the ones I used in the Air Force.

Yes, I am sure the Putin government will give strong words to its “partners”.