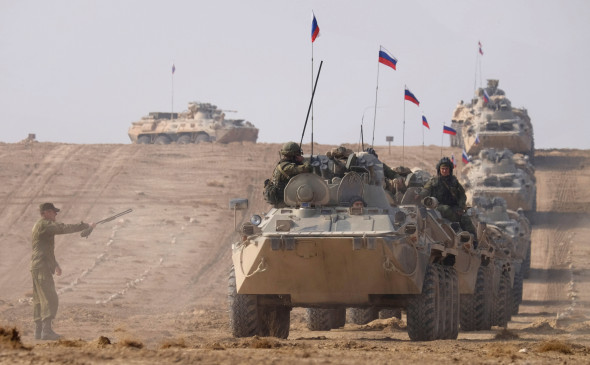 The Russian military will take part in joint exercises with the Uzbek and Tajik military, said the commander of the Central Military District, Colonel-General Alexander Lapin, TASS reported.

“In early August, we will take part in a joint exercise with the participation of military contingents of the armed forces of the republics of Tajikistan and Uzbekistan at the Harb-Maidon training ground,” he explained.

The exercises will take place from 5 to 10 August at the Tajik Harb-Maidon training ground, 20 km from the border with Afghanistan.

During the maneuvers, preparations will be undertaken to respond to potential hostilities by a joint group of forces against detachments of illegal armed formations, Lapin specified.

The number of servicemen who will be involved in the exercises has not yet been reported. The press service of the Central Military District noted that the basis of the Russian contingent will be the units of the 201st military base (stationed in Tajikistan), including mountain motorized rifle, tank and artillery units, as well as special forces groups of the Central Military District.

Specialists of the radiation, chemical and biological protection and mobile electronic warfare groups will also take part in the exercise.

About 1,000 soldiers of the Afghan army were forced to retreat to the territory of Tajikistan.

Later, the Taliban managed to occupy villages in the Badakhshan province bordering Tajikistan. Thus, they took control of a section of the Afghan-Tajik border with a length of approximately 9000 km (the total is approximately 1340 km).

Clearly, any casual observers can notice that these exercises are being carried out as a sort of warning and deterrence for the Taliban.

Earlier in July, a delegation of the Taliban visited Moscow to offer assurances that their quick gains on the ground in Afghanistan do not threaten Russia or its allies in Central Asia.

The Russian Foreign Ministry said the Kremlin envoy for Afghanistan, Zamir Kabulov, met with the Taliban delegation to express concern about the escalation and tensions in northern Afghanistan. The ministry said Kabulov urged the Taliban “to prevent them from spreading beyond the country’s borders.”

“We received assurances from the Taliban that they wouldn’t violate the borders of Central Asian countries and also their guarantees of security for foreign diplomatic and consular missions in Afghanistan,” the ministry said.

Taliban spokesman Mohammad Sohail Shaheen said their delegation came to Moscow to “assure that we won’t allow anyone to use the Afghan territory to attack Russia or neighboring countries.”

“We have very good relations with Russia,” he was quoted by TASS as saying, adding that the insurgents remain committed to a peaceful political settlement in Afghanistan.

Still, Russia and allies prefer being ready than blindly trusting the group.

Watch Turkey is the destabilization factor in the Caucuses.

Turkey is a turkey
Reply to  L du Plessis

Turkey is trying to fly like an eagle but still remains a bankrupt Turkey only good for carving.

The Objective
Reply to  Turkey is a turkey

Russia cannot have any lasting alliances in the Muslim world should an Islamic alternative be formed. These states join the CSTO out of security concerns. If their fellow Muslims can form an alliance that provides security – especially from Russian bullying, these states will have more incentives and courage to withdraw from the CSTO.

you are truely the most idiotic loser on the planet and how often do i have to repeat to you that you have no idea of what you are talking about and your delusions have nothing to do with reality but please listen to a sunni telling you about how turkey will be eradicated in future because of its wicked nato existence generally the entire arrogant order will collapse soon enough you disgusting jew wahabi hybrid creature https://www.youtube.com/watch?v=08C17Q6AhC0

These are Muslim countries and they’ll withdraw from any treaties with Russia. They’ll come back home one day – just like Uzbekistan and Azerbaijan left the CSTO. All it takes is for a Muslim organization to form, led by Turkey and Pakistan. That move is already underway. Just watch what happens over the coming years.

Turkey is a a NATO country

Only a new and better USSR can provide security. China has shown that socialism applied properly with vision is the far superior system. The Jew fanned mean repressive capitalism has destroyed humanity. All the ex-Soviet republics are corrupt failed basketcases.

After the Taliban takes over, a few years down the road, Russia will have to say good bye to both Tajikistan and Uzbekistan but also to all other former muslim republics of USSR. Apparently, Russia has specialized in letting the ghosts out of bottle, but has no idea how to get them back in. Next hundred years all Russian resources will have to be directed on dousing the fires on its perimeter that it once controlled and that will be the main impediment to the development and better life of its citizens

Why would that happen, and why would russia spend money on this region. That’s idiotic