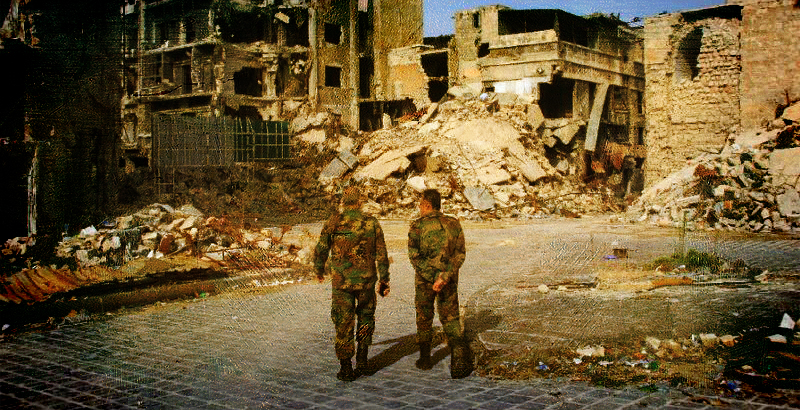 The United States, Russia and regional powers will meet to discuss steps for Syria crisis settlement on October 15 in Lausanne, Switzerland.

“According to the agreement between Russian Foreign Minister Sergey Lavrov and US Secretary of State John Kerry, the meeting of foreign ministers of Russia, the US and key regional states to consider possible additional steps to create conditions for the settlement of the Syrian crisis will take place in Lausanne on October 15,” the Russian Foreign Ministry said in a statement.

Earlier in October, Washington said it was suspending bilateral cooperation with Moscow over the crisis after the Syrian ceasefire brokered by the US and Russia had collapsed.

The US blamed Moscow and Damascus for this. In turn, Russia said the US had failed to separate the so-called “moderate opposition” the terrorists.

I don’t know how Putin and Lavrov manage to keep this up. Dealing with the west is like trying to communicate with someone in the advanced stages of dementia. There is simply no means of communication. Talking to vegetables make more sense and has a higher probability of success.

Russia I thought you where done discussing with these villains? haven’t you learned anything by now, that they will not honor any agreement with you, you are their adversary, and the settlement of the Syrian war means their own defeat. Do you really think they are willing to help you in that process?

I would like to propose my TAKE RAQQA BATTLEPLAN (see attached image) for consideration at the Lausanne meeting.

Key features of my battle-plan are

3. Fighting elsewhere in Syria wherever it is possible for the parties to the Syrian civil war to agree should cease, at least temporarily, for negotiations to facilitate the delivery of humanitarian aid and / or relocation of civilians to safe zones.

Supreme Allied Condista is a supporter of Condoleezza Rice. http://supremealliedcondista.newsvine.com/

I think the Russian plan isn’t that bad either. Listen to what funny stuff the Americans come up this time, smiling politely while not feeling insulted by the hilarious proposals and threats anymore, agreeing with itself to that the weather is fine if the sun shines and that moderate rebels need moderate bombs – and than continue to do the only right thing, free Syria from foreign intervention in close concertation with their allies – and all of this accordingly to the rules of international law.

“RUSSIA, US TO DISCUSS STEPS FOR SYRIA CRISIS SETTLEMENT IN SWITZERLAND ON SATURDAY”…TRANSLATION… UNITED STATES, WILL DISCUSS SATURDAY HOW TO FOOL THE RUSSIANS ONE MORE TIME.

Lmao the us “we’re not discussing Syria with Russia anymore” stance didn’t last very long. I guess they thought it would get them what they were throwing a tantrum about but didn’t. Russia has got the most patient and professional diplomats I have ever known for them to still be wiling to sit down with these adult size children with thug like mentality that the us calls diplomats. The us isn’t used to not being able to bully other countries into giving in to their demands and they don’t seem to be handling it gracefully.