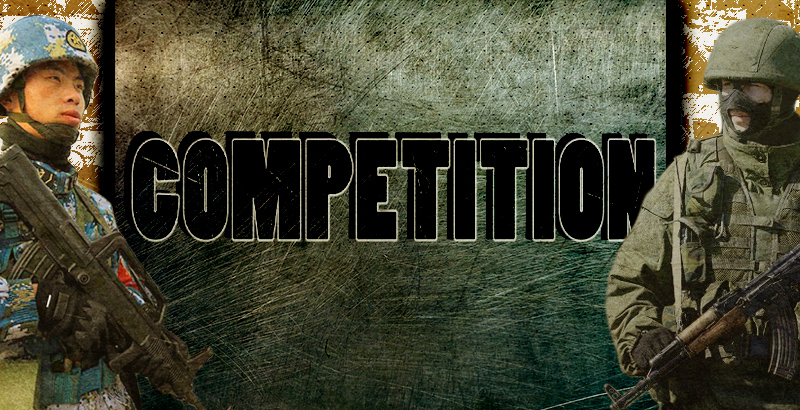 The American magazine, National Interest (NI), has ranked the most powerful navies, armies and air forces in the world. The different armed forces of the US, China and Russia feature in all the categories.

According to the magazine, the most powerful naval forces belong to the United States (US), China, Russia, the United Kingdom (UK) and Japan. According to the author of the article, Kyle Mizokami, Russia is in third place because the basis of its current navy still lies in the Soviet ships, and the construction of new ones and their acceptance into service is rather slow.

The list of the best ground forces consists of the US, China, India, Russia and the UK. The publication predictably considers the US ground forces (535 000 people) to be the strongest. The People’s Liberation Army (PLA) of China, in turn, consists of 1,6 million-strong forces. Indian ground forces number 1,12 million soldiers and is caught between its traditional rivals – Pakistan and China; it has to constantly prove its ability to defend the extended territorial boundaries. Russia’s armed forces are now receiving new modern weaponry – they are well-equipped and fully-mechanised, and most importantly, they have considerable combat experience. The article states that the number of Russian Federation (RF) ground troops reaches 285,000 people – half that of the US army. The author also emphasises that the Russian army will soon be receiving the universal combat platform, ‘Armata’, which will be able to perform the functions of tanks, infantry fighting vehicles and artillery.

In the ranking of the best air force on our planet, National Interest included only four countries – the US, Russia, China and Japan. In addition to the US air force, Mizokami has also included in the list navy aircraft and the marine corps. The US air force consists of 5,600 aircrafts, and the navy has a fleet that includes 3700 vehicles.

According to NI, the Russian Aerospace Forces (VKS) consist of 1,500 combat aircraft and 400 military helicopters. Despite the fact that the fleet has enough old MiG-29, Su-27 and MiG-31, Russian aircrafts have entered a period of sustainable modernisation. One example is the Su-35, which combines the best qualities of the three warplanes. In addition, the Russian military is currently working on a fifth-generation fighter T-50 and on a new strategic bomber, PAK-DA.

How does the rating of the journal, National Interest, which many Russian experts call the American ‘Popular Mechanics’ for its occasional frank populism, truly show the real balance of forces?

NI’s rating of the strongest navies in the world suggests that China, in recent years, has been rapidly implementing programmes to build and renew its navy, which are currently being evaluated as forces which are capable of conducting operations far from its shores and are able to resist the US, says military expert, Head of Department of Eurasian Integration and Development of the Shanghai Cooperation Organisation at the Commonwealth of Independent States Institute, Vladimir Yevseyev. “Yes, indeed, new submarines and surface ships – destroyers and frigates – are currently in production. The Chinese submarine fleet is generally the largest in the world – it consists of more than 70 diesel and nuclear submarines.”

However, the Russian navy has superiority in submarines in terms of long-range anti-ship missiles and has perfected submarine-launched ballistic missiles (SLBMs), which can affect any area of the globe. By the way, according to this indicator, the US SLBMs (Trident-2 D5) with a maximum firing range (full load) of 7,800 kilometres (km), and with which British SSBN-type Vanguard is equipped, are superior to the Chinese missiles. In addition, the Chinese aircraft carrier, ‘Liaoning’ (the Soviet ‘Varyag’), can hardly be called a full-fledged combat unit based on a combination of factors; it can effectively perform tasks only in coastal areas while two aircraft carriers, such as the Queen Elizabeth, are still being built for the Royal Navy.

SP: In the ranking of ground troops, the American journal apparently relied on their strength …

Here, I would actually put Russia in second place based on the martial and technical indicators as well as informational provisions. In my view, at the moment, only the US and Russia are capable of war. In addition, regarding the high-precision weapons, China lags behind Russia. Yes, the ground forces of the PLA are armed with missiles that can be equipped with both nuclear and conventional warheads, but the accuracy of the domestic weapons systems is at a higher order.

The size of the army is an important indicator, but is not the main one. It is compensated by the use of tactical nuclear weapons (TNW), which are in abundance in the Russian military. In addition, pay attention on the effectiveness of the employment of combat forces and means, the ability to conduct combat operations in different conditions and the availability of combat experience. In this regard, for example, the Chinese and Indians are inferior to the British.

According to the BBC rating, I would probably agree with the expert of the American journal. Nevertheless, the PLA Air Force, despite a huge leap forward, has problems with engines, transport aircraft refuellers as well as with strategic aviation because the Chinese “strategist” H-6 is a copy of the Soviet Tu-16. Japan’s position in the “air” rating is controversial: its air force is technically well-equipped, but in terms of numbers, it is unlikely to qualify for the fourth place.

“Not considering nuclear weapons, the list of countries by naval force is correct,” says military historian, Alexander Shirokorad. “But in general, according to the number of pendants, the largest fleet is in China, which has a lot of small ships currently in service. As for the ground forces, according to their numbers, firepower and tactical nuclear weapons, Russia is in second place.”

But there is such a thing as “the spirit is in the troops,” according to Leo Tolstoy. Based on this, I would put the Japanese, Chinese and Israelis forward, and only then the Russians (China has the biggest army in the world that primarily consists of contractors with a lot of competition for a placement). The morale of the Americans, despite the huge number of conflicts in which the US participated in all these years, leaves much to be desired. They are used to the fact that locals are fighting at the forefront, as in Afghanistan, as well as to their complete superiority over the enemy in the sky and on the ground – with artillery. Of course, the US has motivated and strong special forces, but in combined-arms combat, this is not enough. It also has the National Guard – the current reserve of the US Armed Forces – which is also involved in foreign operations.

“In my opinion, the first place of the navy ranking without a doubt should be occupied by the US, the second – China, the third – Japan, the fourth – South Korea and the fifth – Russia,” said Deputy Director of the Institute of Political and Military Analysis, Alexander Khramchikhin. “I take into account the fleet as such; sea-based strategic nuclear forces are another story.”

“Formally, the Russian navy can even be placed in second place, but due to the geographical situation of the country, our navy is scattered in several theatres of military operations (TMO), which are not connected with one another. It is theoretically possible for the European fleets to have a transition of ships with small displacement on inland waterways, but just theoretically. Incidentally, the Indian navy may even compete with the South Korean fleet (the most powerful surface ships – not aircraft carriers – are the South Korean destroyers), but the UK is not even included in the top 10. The Royal Navy no longer rules the seas. British military capabilities, as a whole, have fallen significantly in recent years. But basically, this is a normal condition, which fits into the Europe-wide trend of general and complete disarmament.”

SP: Great Britain’s fifth place in the NI ranking of ground forces also looks far-fetched, if some special forces are not taken into consideration …

I think that today the British army cannot even be included in the top 30 of the strongest. In first place is the US, in second and third are Russia and China, respectively, and the fourth must be India. The fifth and sixth places I would have given to South Korea and the DPRK, and the seventh to Israel. The ground forces of NATO are a generally mythical thing in which only the American and Turkish troops are real.

As for the air force, the second and third places are again divided between Russia and China (in terms of the number of the PLA air force combat-aircraft, it is second, but in terms of quality, third), and the fourth place – India. As for Japan, it is not clear; the basis of its fleet consists of the F-15, and perhaps it can be placed only at the end of the top 10. India, despite its old aircraft and their withdrawal from service, has a huge air force, which in size is likely to exceed even the VKS of the RF.

Note that North and South Korea must be in the top 10 for all types of armed forces. Of course, North Korea has quite a specific fleet – the “mosquito”; however, it cannot be called weak.

Totally agree both koreas in top 10 and israel. Theyre all small but militarily extremely powerful nations capable of taking on giants. While japanese,british and especially the french are but a distant memory of their former global might.