The new document is moving to shield Russian citizens from outside voices and improve its influence-warfare capabilities.

It stated that “actions of some countries are aimed at instigating disintegration processes in the Commonwealth of Independent States in order to destroy Russia’s ties with its traditional allies,” and claimed that “a number of states call Russia a threat and even a military adversary.”

At the same time, Moscow “considers it legitimate to take symmetrical and asymmetric measures” to thwart and prevent “unfriendly actions” by foreign states that “threaten the sovereignty and territorial integrity of the Russian Federation.”

The new document expresses concern over Western governments’ manipulation of Russian affairs. “The declaration of a ‘safe information space’ as a core national interest underscores the importance of information war to the Russian government,” said Ivana Stradner, a fellowat the American Enterprise Institute specializing in law, Eastern Europe and hybrid warfare.

“This is a continuation of the Russian government’s pathological self-victimhood. These claims, like Russia’s threats to ban Twitter this past spring, are aimed at bolstering Russian claims of ‘digital sovereignty’ through which President Vladimir Putin believes he can stave off the types of ‘color revolutions’ that have toppled other dictators in post-Soviet nations.”

That’s not necessarily new, even if it is new to this document, said Samuel Bendett, a CNA adviser who is an adjunct senior fellow at the Center for a New American Security.

“Russia sees itself as a target of persistent and ongoing information operations by the West against Russian Federation targets like the military and security organizations, along with critical infrastructure. This new national security strategy officially elevates these information and cyber threats to the level of an existential challenge to Russia’s long-term survival,” Bendett said.

The new strategy pushes for Russia to engage other countries to partner with Russia on “cybersecurity” issues according to Russia’s definition of cyber security.

“This is significant because Russia has already been using UN subcommittees to frustrate U.S. efforts to develop a cybercrime treaty,” Stradner said.

“Russia even managed to beat out the U.S. for the UN’s approval to draft a global cybercrime treaty.” She called it “part of Russia’s broader revanchist strategy to use international organizations to regain its Soviet-era prestige and power.”

The narrative is fragile to the point it requires strict censorship and mass surveillance, the west is no different; false conflict under the illusion of a “multipolar world” to mask the one world government in power today.

Strictly limiting people’s freedom and well being is what contributed to the Soviet collapse, they are only trying to find a balance in order to continue holding onto power. I am no anarchist, though I know that every national government in the world today is illegitimate.

The illusion of freedom does not hold out forever, this is the arrogance held by the powers that be who think they are divine. 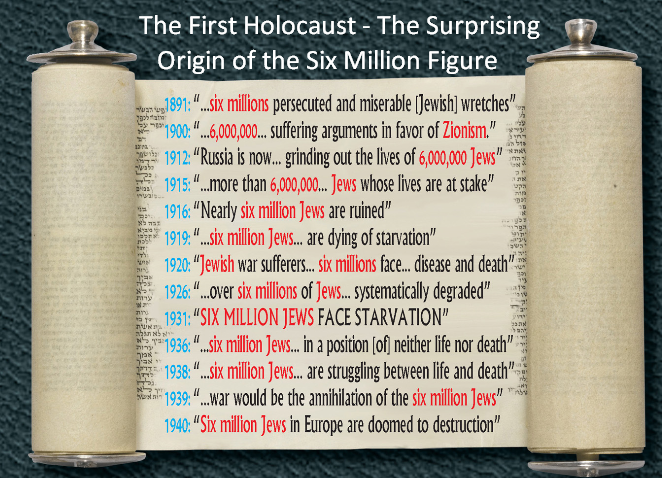 It’s the biggest threat that Russia currently faces. Western powers did it before.

Russia, and China, are the best hopes for european economies yet western gov’ts prefer to antagonise them instead of improving relations for trade. The current mob in charge in the west are ruining their economies to spite their competitors.

The British admin once attacked the German nation because their sea power was rivaling their navy. The US and nato want supremacy at any cost, be that economy or lives.

The Objective
Reply to  Peter Jennings

Unlike the Chinese, Russia is an imperialist country and the Europeans know it. They’ll never trust Russia due to historic and current events.

Is that why Russia has so many colonies around the world?

You are conflating Imperialism with Colonialism. By definition, Russia and China are empires as they encompass vast swathes of land they conquered, foreigners they subjugated and assimilated.

Colonialism vs Imperialism: Definitions and their relevance to our current circumstances
https://thuletide.wordpress.com/2021/05/11/colonialism-vs-imperialism-definitions-and-their-relevance-to-our-current-circumstances/

[There’s a lot of confusion as to what ‘colonialism’ and ‘imperialism’ actually mean, since Leftists use the terms interchangeably and define both as “stuff that evil White people do to innocent brown people.” So, I thought I’d write a short article explaining the difference between the two terms, and how they relate to our situation today.]

The biggest threat is international jewry that rules over Russia, China and the West. It wants to demographically replace ethnic Russians, Slavs, Germans, and every other White man, woman and child with blacks and asians that are much easier for jews to exploit and control.

Looks like the washington “beltway” degenerates are starting to understand they are on the permanent decline. It is not Russia living in a state of permanent ignorance and paranoia.

Yet PNAC was overwhemingly jewish. You have a confirmation bias and cannot think outside of the media.

I swear your comments are fedposting directed towards Russians and 3rd worlders who have never been here, so much so they keep coming here in waves. You are delusional enough to believe most streets are comparable to Detroit and “systematic racism” exists towards non-whites, despite being systematically elevated in all areas of society.

“is not Russia living in a state of permanent ignorance and paranoia.”

Yet we know more about your part of the world than you know about ours, you only see a narrow view of how things are and fail to discover the jewish connection. You quite literally think “Atlanticists” want to conquer Russia because your media tells you so, you question nothing and do not think for yourself for you are not taught many critical thinking skills.

I don’t understand why Russia doesn’t do the same things US does, like color revolutions, geoengineering weather or earthquakes, propaganda, I mean give them a taste of their own medicine for once