Russia is updating the three legs of its strategic triad. Strategic aviation has been given a boost recently, with all Russian aircraft being radically modernized to boast new functionalities.

Russia’s Tupolev airspace industry, a giant in that sector, has signed a contract with the Defense Ministry to “radically” update its Tu-95MS strategic bombers, in order for them to meet the MSM standard. The Tu-160 and the Tu-22 M3 are also getting an upgrade to transform them into the Tu-160M2 and the TU-22 M3M. 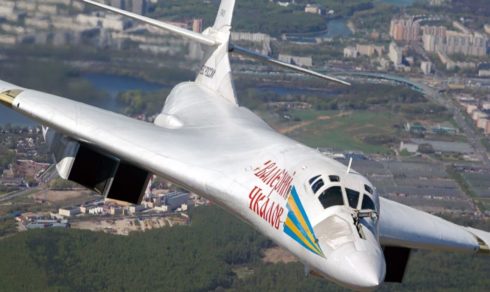 The entire fleet will acquire new functionalities. The first Tu-95MSM supersonic, variable-wing bomber will take to the sky in late 2019. General Valery Gerasimov, the Chief of the General Staff of the Russian armed forces, has noted that the aircraft will get new avionics and engines. The electronic equipment will include only Russian-produced components. The Tu-22M3M, Tu-160M2, and the Tu-95MSM will be armed with new long-range cruise missiles that have already gone through testing and are ready for mass production.

All in all, there are around 60 Tu-22M3Ms currently in service with the Russian air force. Up to 30 will be upgraded to the M3M variant. The upgrade is comprehensive and includes new avionics, digital radio-navigation equipment, a new communications suite, and a new, updated, weapon-control system. Unlike Tu-160s and Tu-95s, it is not included in the tally under the New START. With a cruising speed of 900 km. per hour, its operational range is around 7,000 kilometers without refueling.

All varieties of weapons can be used, including the Kh-32 long-range anti-ship cruise missile with an operational range of 1,000 km. that is able to reach a maximum speed of over Mach 4 in the terminal phase of its complicated trajectory. The Raduga Kh-15 aero-ballistic hypersonic missile with an operational range of 300 km. is a weapon of choice. The Tu-22M3M can carry three KH-32s (weighing about six tons each) or 12 of the lighter Kh-15 missiles. The Tu-22M3 has recently tested the Kinzhal hypersonic missile.

According to Rossiyskaya Gazeta, an official government source, the Tu-95MSM version with an operational range of 7,000 km. (10,000 km. with air refueling) will have no bomb bay. It will carry only standoff precision-guided weapons for launching. Its prime weapon is the Kh-55 cruise missile. It can carry six of them internally plus ten more under its wings. The weapons suite can include the newest Kh-101 air-to-surface missiles, with six of them accommodated inside and 16 others carried externally. The missile’s range exceeds 5,000 km. The Tu-160 and Tu-95MS have delivered 66 missile strikes against terrorist targets in Syria with high accuracy. The updated version of the aircraft will have the capability to retarget cruise missiles after the plane is already airborne. The missiles can be retargeted when they are already en route to their objectives. This is a new capability for Russian aviation.

This month, two TU-160s flew to Alaska “for the first time in history.” They reportedly flew about 7,000 kilometers (4,350 miles) from their home base in Saratov in southwestern Russia to Anadyr on the Chukotka Peninsula, which faces Alaska across the Bering Strait. Currently, the operational fleet of 16 aircraft in the arsenal of the Air Space Forces (formerly known as the Air Force) is being subjected to upgrades at various levels to extend the lifespans of those aircraft and expand their strike capabilities.

In January, Russian President Vladimir Putin ordered the production of Tu-160s to be reinstated. Capable of speeds of over Mach 2.0, the Tu-160 will acquire the capability to launch long-range, standoff cruise missiles, thus rendering its lack of a stealth feature fairly insignificant. Building new airframes is a milestone event in the history of Russian strategic aviation. The modernization of the Tu-160 supersonic bombers is underway and is scheduled to be complete by 2030, along with the update of the Tu-22M3M. So far, $2.8 billion have been allocated for the first batch of 10 TU-160 strategic bombers. There are plans to build fifty new Tu-160M2 aircraft at a rate of three per year.

The updates will encompass every component, making it an entirely new bomber in all but name. According to experts, it’ll be a “whole new aircraft with a new fire control and navigation gear, an advanced system of electronic jamming, a new cockpit, and more fuel-efficient engines.” The Tu-160 M2 version is to go into serial production between 2020 and 2021 with 60% of its internal equipment brought up to date, including a modern glass cockpit. The new NK-32 02 engine has been designed for the upgraded bomber. With the help of the modernized Il-78 re-fueling tanker, the Tu-160 will be able to reach any point on the planet.

All the modernized bombers will be equipped with the SVP-24 all-weather special computing subsystem for precise guidance. The system can operate even if the GLONASS receivers are jammed. It provides fire-and–forget guidance, enabling the pilot to concentrate on countering threats and finding new targets to attack. Weather conditions and the time of day become irrelevant factors.

The golden days for Russia’s strategic aviation fleet are on their way, bringing an extensive revamping that will provide that fleet with new functionalities and propel it into first place in the world. The military’s conventional strike capability is to be augmented with the addition of relatively low-cost but efficient force multipliers. The Kh-101 far exceeds any Western analogues. The combination of a strategic bomber and a highly accurate standoff missile provides Russia with the capability to hit any target anywhere on short notice. The Russian defense industry is up to par and ready to accomplish its mission.

Tu-95 is an amazing airplane, specially considering it’s about 60 years old. It’s speed is very high for a plane of this type (turboprop engines) but so far, it means it’s physically impossible for it to break the sound barrier. It’s range and load capacity is also insanely high, thanks to it’s special and unique engines and propellers (coaxial counter-rotating) and many other factors.

Tu-95MSM is the modernized version of Tu-95MS16 (no change in engine type), but both Tu-22 and Tu-160 families are what you describes: Variable geometry wings and supersonic. Perhaps you just made a typo?

With long range hypersonic missiles. Anything capable with a lot of payload and range is a force multiplier.

Any reason why the Tu-95 could not be upgraded with new jet turbofans?

Expensive, and doesn’t deliver any appreciable increase in capability. The Tu-95 is an outrageously good performer, so why mess with it? Modernise the avionics, navigations, communications and give it the latest in long-range ALCMs, and it becomes a mortal threat to aggressor nations like the United States of Mordor.

if anybody would have taken a little time and thinking……the conclusion is…..that this is as usual a BULLSHIT story for the donkeys…I might add just like the BULLSHIT story of THE USA space weapons systems………I quote “There are plans to build …….. 50 of …. at a rate of 3 per year” anybody slept through all his math classes????? so how many years are we talking about???? 16 years!!!!!!!!!!!!!

Thats one of those typical bs stories to make the people of the world believe in white and black, good and bad…russia vs usa….east vs west……

Russia,USA,china,eu etc.. are all pulling the same string…identical…to serve their masters…them satanic jews….to make the jewish satanic AGENDA come true and be reality.. A one world government, with jerusalem as its capital under satanic jewish leadership!!!!

You think the Chinese are part of the global Talmudic sedition?????? What a fruit-loop…

BTW I have no doubt that the Talmudics are an existential threat to the freedom of the people of this planet, but the Chinese….?????

They’re deliberately flaming to be disruptive. Might be a bot. I’ve tried debating the issues with no response. China expelled almost all of it’s Jews and outlawed Judaism. The rest of the world should do the same thing.

utter nonsense…. in 16 years those bs planes would be outdated by light years……compare your first Iphones with those today morons..compare the first playstations with the new ones..compare the cars 16 years ago with the ones today…..unbelievable that anybody would believe such a monkey story lol…. just like the bs usa space weapons program annouced by jew slave trumpi….i still remember that 4th class actor named reagan announcing his weapons space program…in the 1980´s…..

In aerodynamic terms, best US bomber is STILL the B52.

How is that giant pig of a plane more aerodynamic than a tu160?

Im a concrete and rock expert, not aerodynamics, if you have a technic explanation please share.

But United States does not have the TU 160, in USAF, B52 compares very well in performance terms vis a vis B1 and (esp.) B2.

When were these planes made? Exactly! A long time ago, and yet they are still up to par with today’s requirements and for the foreseeable future. LOL! Just like an Iphone…….yeah right…..

You cant compare a phone to a plane. The only way you can compare is geometrically.

A phone is a rectangle…thay hasent changed and it wont, this somple design works… same as these old airframes, if the design is good, why waste a pile of money designing a new airframe??

Your attitude is one of consummerism, if its old it cant possibly be good…a hammer hasent changed much has it??

Only a moron would display his ignorrance and stupidity in public.

Compearing iphones to stratrgic bombers… that’s what I call a fart in the puddle.

Tu160M2 and S are more capable than B1, B2 bombers, bomber force of the nuclear triad favors the Russians significantly. Tu95MSM exceeds the capabilities of B-52.

Holy shit, how long will they keep flying these rustbuckets? This means there are no plans for modern types of strategic bombers :(