Russian presidential special envoy for Afghanistan Zamir Kabulov expressed a distrust regarding the issue of “unidentified helicopters” transfering ISIS members in northern Afghanistan, during his meeting with US Acting Assistant Secretary of State for South and Central Asian Affairs and Acting Special Representative for Afghanistan and Pakistan Alice Wells in New York.

“Among the problems that we have, I identified the distrust that we have in connection with these mysterious helicopters transferring ISIS militants, their weapons, ammunition,” Kabulov said, according to the Russian state-run media outlet RIA.

Kabulov added that his Western counterparts pretend that they know nothing about this. However, this is not possible. The aforementioned helicopters operate from few bases, including Camp Marmal in Mazar-i-Sharif [the second largest city in Afghanistan].

Camp Marmal is one of the largest bases of the US-led coalition in the country.

The meeting took place on the sidelines of the UN General Assembly. It was the first Russian-US contact since the new US strategy on Afghanistan has been announced by President Donald Trump.

All the while eroding your support base in the long run…..

You need to correct the first one since the Taliban didn’t exist at that time but the Pashto tribal fighters and Al Qaeda Cell “freedom fighters” fought each other. Those were confusing times Pashtuns were fighting Al Qaeda and the Govt as they were fighting both and the Drug warlords, along with US embedded forces.

What would be the strategic aim for the U.S. in doing this, destabilize the Republics bordering Russia?

Control of the opiate market, not only for medical companies to make an absurd profit off of it but also so the CIA can control the heroin market to continue operations like the funding and training of terrorists and rebels across the world, not to mention the hiring of PMCs for dirtier, direct jobs.

The troops are guarding poppy fields right now, making sure they reach the pharmaceutical and drug markets. The war on drugs is a trade war, so that anyone who isn’t in the fold selling drugs with the US government’s blessing is either killed or arrested.

They have taken a hit, with regards not getting full access to the Syrian Black Market Trade. No wonder they are so eager to get back to Afghanistan. Now many years it it now and isn’t it also close to Iran, Russia and China? Plus China and Pakistan and their trade deals?

It’s all reminiscent of the Great Game, if I remember that history correctly.

5 countries (US and west) consume 80% of global opiate supply, while 80% of world population consume only 6% (China/India). Kinda hard to call this one a conspiracy.
Statistics don’t look good anywhere you look into these dirty wars.

Chris…. no offence, but you really surprised me with this one :) I would say that aims are obvious.

With Mr. Kissenger coming out in public, as well as others parroting his thoughts, about IS not being the problem, the game is now out in the open. This is a horrible decision to support this stuff. As the game is now in the open, it is also the end game.

I remember through my childhood and much of my adult life in the US. I always supported, whatever we did. Then piece by piece the realities arrived. It is not just a few reports in the news that have changed my view. This process has been advancing for a long time. The people who are fomenting this stuff are not the strong. They are the weak. They sell themselves to the false, in the face of truth and have not one shred of true respect for humanity. The press can get on N.K. for buying a few thousand tons of diesel fuel from Russia, yet hardly a word when the current crown prince of the KSA casually tells the world he gave $100 million in support of the Clintons, or the supposed $100,000 in ads place on Facebook by Russia.

Mother nature does not forgive or excuse arrogance, coupled with stupidity. A heavy price is coming for my people, even though they know not and mostly care not, what is being done in their name. History is in the process of turning the page on the US. Unfortunately, it will not be pretty. Regardless, I wish well to all.

Not just the US, I feel exactly the same, with regards EU and all the false flags we have staged in my life time. For what or more importantly who?

It’s high time Russia took a page from the US terrorist handbook and supply the Taliban with some Verbas…purely for testing purposes only. It’s easy, the Russians simply have to lose some in transit. Wonder how that shoe would fit the Zionist forces. The US is becoming hysterical in fear of losing their pincers movement surrounding Iran and Russia. Down one of these choppers and take DNA and finger prints. I just wonder what nationality these terrorists would turn out to be.

zman, that would spark it. However, observing the bombasity of what is going on, they would probably just blow that off to, lying through their teeth. A good day to you zman.

Zman, I can’t support it. At list live it as last resort in case US starts giving weapons to ukro nazi that kill their own sitizens.
1. Being Russian I’m not willing to see US soldiers die. Erradicating generals (mostly political figures in US army) and those politicians giving treacherous orders – OK, but ordinary soldiers (up to colonel level) are merely blind instruments of the above. If they attack us directly there will be no choice but I don’t carry hatred against American people despite evil doings of US elites.

2. If US government is doing terrible things that doesn’t mean that we should become the same.

3. US never learned that using terrorists and giving them weapons/money etc. is extremely dangerous in the long run. One can’t really control how they are going to use those weapons. For Zio cabbal it doesn’t matter – more people die the better it is for them.

Why does Erik Prince and what he was saying about Private Mercenaries doing the work of the US military in Afghanistan come to mind?

Give the Taliban Manpads and location airlift and drop them st different spots.

It’s not complicated at all. That’s why the US is sending another 4000 troops to Afghanistan – to train the Afghan Army to fight the helicopter head-choppers we just put there (or ‘allowed’ to be put there). Spot the point in time that US defense contractors’ profits plummeted on the chart below: 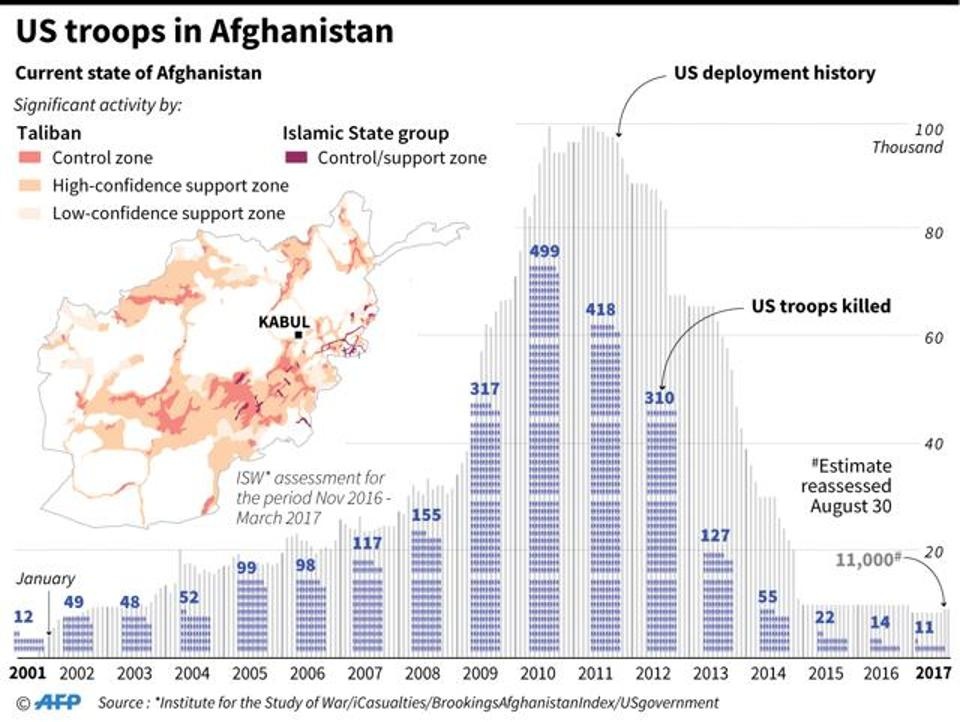 usa do this damn thing… but will be the loser there…!