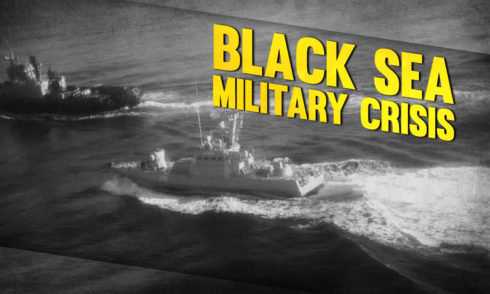 Ukraine exports most of its grain to the richest countries.

The opening of the Black Sea corridor for the export of Russian grain allows Turkey to realize some of its interests, but more importantly, it allows Russian grain to reach the most vulnerable countries, which is critical since Ukrainian grain is ending up in the EU instead of the poorest countries. Russian President Vladimir Putin and his Turkish counterpart Recep Tayyip Erdogan will discuss the opening of the corridor for the export of Russian grain at the upcoming Shanghai Cooperation Organisation (SCO) summit to be held on September 15-16 in Samarkand, Uzbekistan.

Although Western sanctions have not been directly imposed on Russian grain, sanctions have created export difficulties. Therefore, a corridor through the Turkish Straits is a solution and will also benefit Ankara’s coffers as utility companies in Turkish ports will profit. In addition, Turkey is the main supplier of flour to the European market, with the flour being made from Turkish, Russian and Ukrainian grains.

Moscow is facing some problems despite sanctions not being directly imposed against Russian grain. For example, there are issues with payments and settlements as many banks are simply afraid of sanctions. Sanctions also create problems with transportation logistics, especially with ships. Those logistical problems have led to an increase in the price of grain.

More importantly, the poorest countries lose access to basic foodstuffs because developed countries buy them instead. According to data, 345 million people around the world are already suffering from food insecurity, 2.5 times more people than in 2019.

From the Turkish perspective, presidential elections will be held next year, and with country experiencing major economic issues, Erdogan is hoping to close a deal that can boost his popularity. With difficulties on the domestic front, he is using foreign policy issues and nationalistic rhetoric aimed against the Kurds in Syria, the Armenians in Nagorno-Karabakh, issues in the Mediterranean with Greece, and now global food insecurity, to gain votes.

At the same time, the US evidently does not care about poor countries that were not supplied with Ukrainian grain. In fact, Washington deceivingly accuses Moscow of creating fake news about who the grain was supplied to. Erdogan too, challenges the American position.

“The fact that grain shipments are going to the countries that implement these sanctions (against Moscow) disturbs Mr. Putin. We also want grain shipments to start from Russia,” Erdogan said at a news conference with his Croatian counterpart on September 8. “The grain that comes as part of this grain deal unfortunately goes to rich countries, not to poor countries.”

It is recalled that Putin said at the Eastern Economic Forum in Vladivostok that Russia will not cooperate with those who put up barriers against it. Although this at first was thought to mean oil and gas, this policy is also the same with grain.

None-the-less, to friendly states, Moscow not only intends to deliver 30 million tons of grain to those that need it by the end of the year, but in fact will increase those deliveries to 50 million in 2023.

Food supply in the modern world, and especially in the Global South, has deeper roots than the Ukrainian conflict. Food shortages, lack of solvent demand and climate change has created that problem. This is further worsened by transport logistics and the ban on Russian ships from entering European Union ports, as well as problems with insurance.

Although the US would ultimately want to ban the export of Russian grain, there cannot be a complete ban since grain is categorised as humanitarian goods. The grain harvest in Russia was good this year, making the export potential significant, and thus it will likely ensure that a food crisis does not emerge.

In any case, the delivery of Russian and Ukrainian grain to world markets is important in stabilising prices. Turkey in this way is positioning itself as an indispensable partner in alleviating a potential global food crisis. Despite around 100 cargo ships having left Ukrainian ports since July, Ukraine’s wheat has not reached its traditional clients in Africa at anywhere near its normal volume. With Putin and Erdogan expected to conclude an agreement in the coming days, Russia will be in a position to ensure that there is not a global scarcity or crisis.

Say what you want but Erdogan is a political genius. He is making profit on every war especially now in Ukraine.

All bandera poofs are liars and nazi filth!
Reply to  Q

Indeed and the swedish bushpig whom tried to undermine him also now cease to exist politically too!

Putin is all show and no go. What a humanitarian putz.

Considering everything going on the Kremlin has the strangest priorities.

Russia solicitude for the poor nations, downtrodden and exploited is admirable. However If Russia was doing this to benefit themselves it would be agreat idea to. Russia and the US are like Bobby Ewing and JR or Abel and Cain. Hopefully Able will live this time and Caine will be thwarted.

Who owns 70% of Ukrainian, agricultural land? Is it Bill Gates investments, such as Beyer-Monsato? Together with those linked to the top of the pyramid, Vanguard and Blackstone?

So guess the spin on the grain, not reaching those poor nations, meant their profits being down and they needed to get their goods moving to the EU nations, who would pay a heavier price. Not forgetting one of their hobbies, needed the corn.

SF is deleting my comments in a bulk. When I was favorable to russian putinists, was OK. Now when I directly say my opinion against him, ALL my posts are deleted in a bulk. Again, for this subject: another Putin CLEAR sabotage of Russia ! He know, without any doubt, that Turkey is an unfair partner proved many times before, a snake ready to byte, and he make deals….. Not to mention that from 98 ships with grain for the so-called ‘poor country’ 92 arrived in EU. Putin know this as well. This is another treason of russian interests. Now it’s a clear picture he insidious help EU and even Ukraine by sabotage his own and helping the enemy. For me was almost CLEAR when he eliminate Jirinovski in the very beginning of this mock war.

Ones a while i reply
Reply to  A.H.

So what does Putin do? Get in bed with erdogan even more. Can the pro-Putins please explain to me what Russia is getting out of the partnership with turkey?

Pamfil Military Academy
Reply to  Ones a while i reply

Almost NOTHING. But the explanation is that Putin somehow want’s to get fractures inside NATO by using the dissensions inside with Turkey own interests. For example: JUSA have kurds as allies inside ME which are no.1 enemy of Turkey. And other things like that. But Turkey is traditionally enemy of Russia also, and it never stop to byte it whenever have occasion. In my opinion that is not worthing; The gains are less than the looses. Another putinist politic failure.