An interesting look at the Su-24 incident. 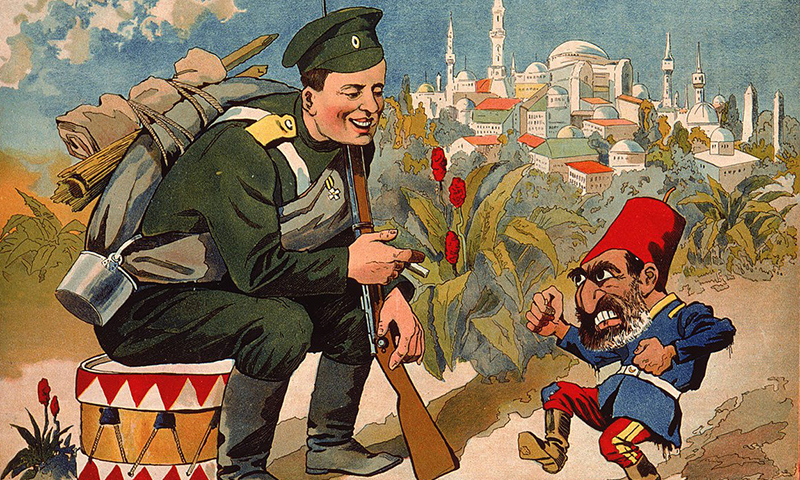 Not even ten days passed since the G20 Summit in Antalya, and Turkey has sent a clear message to Russia and to the rest of the World about its stance towards the conflict in Syria and the Islamic State. The downing of SU-24 bomber is not just a act of military aggression, or from Turkey’s perspective a legitimate act according to the international law – it is a much more political statement against Russia, Syria and Iran and their fight against terrorism.

My first thoughts after the incident were “someone is trying to bamboozle President Erdogan into aggression” to make his public image even worse, perhaps some vested interests in the West or within the country are trying to set him up. Therefore, I expected a barrage of apologies, condolences for the fallen pilot, blaming various technical issues anything that could make them less responsible. Turns out I was wrong. After a brief silence Turkish high officials stated that there were no regrets, again Russia is the “bad guy” for violating someone else’s airspace. Although backed by the US and other NATO officials, the EU officials and some European countries were not exactly thrilled with this Turkish warmongering. This is no surprise of course, the EU countries are taking a heavy toll from the migrant crisis and the terrorist attacks which were mostly caused by the crisis in the Middle East . Fueling that same crisis or stabbing in the back those who are trying to resolve it is not something the European citizens will admire.

So, what is the reason for shooting down a Russian airplane, even if there was a violation of the Turkish airspace (which it was not), bearing in mind that the Russian bomber did not represent a significant threat and the issue could be resolved peacefully? The first reason could be that by intensifying the air raids against IS, Russia is destroying a lot of potentially cheap oil resources. Numerous wealthy and powerful groups from Turkey, some of them probably have their own agents in the Government, are losing their source of income and demand some kind of retribution. The second consists of political and geostrategic interests in the region. Turkey alongside other countries, especially the Gulf states, had invested a variety of supplies, logistics and weapons in various organizations for one purpose – removing Bashar Al-Assad from power. Since the start of the Russian air operation in Syria those plans are falling apart. I would not be surprised if those regional players, such as Turkey and Saudi Arabia, empower their covert operations, diversions and subversive activities in Syria and Iraq after this incident. And the third reason is so called “poking the bear”, the Western elite is probing Russia’s patience and their determination in Syria. It would not be the first time that one side is challenging the other side on how far it is willing to go. During the Cold War there were numerous occasions where this “poking” could have ended in a total nuclear annihilation.

The arrogant attitude of the Turkish Government will also have consequences, some of them can already be seen. Bombardment of the jihadist’s outposts in the border region with Turkey where the SU-24 crashed, alongside with the bombardment of convoys transporting supplies for the various extremists groups. The downing of the Russian jet may please some radical groups in Turkey, but the whole image of the country in the international community is heavily stained. Certainly there is a question about  “Turkish stream” and the economic cooperation, after this incident the pipeline could be altered or just canceled. And there is a chance of similar retaliation measures since Russia deployede th S-400 system in Syria. Last but not least is the Kurdish question. Although the Kurds have been playing a major role in the Syrian conflict, they still represent a significant threat to Turkey. In the last few month there were statements from  US officials which portray the Kurdish forces as a major ally against the Islamic State, after this Turkish transgression against Russia, the Kurds could expect a lot more help not only from the US.

As stated by the President Putin, this is truly a stab in the back, but this should not be taken literally. Shooting down one SU-24 is nothing compared to the whole power of the Russian Air Force, though the attitude and what this incident represents is how far some countries are willing to go in order to achieve the goals which usually end in private interests.