Turkey and Russia have signed a memorandum of understanding to establish a joint Turkish-Russian center to monitor the Karabakh peace deal.

Turkish President Recep Tayyip Erdogan announced the news on November 11 during a meeting with a parliamentary group of his party, the Justice and Development, in the capital, Ankara.

“Turkey will join the peacekeeping forces in the [Karabakh] region to monitor the implementation of the deal with Russia,” the Anadolu Agency quoted Erdogan as saying.

The Russian-Turkish monitoring center will be located in the Azerbaijani-held part of the Karabakh, according to the Turkish president.

The Karabakh peace deal, that was brokered by Russia, was signed by Azerbaijani President Ilham Aliyev and Armenian Prime Minister Nikol Pashinyan On November 9. Russian troops are being deployed in the region under the agreement to serve as a peacekeeping force.

The Kremlin denied any plans to deploy Turkish peacekeepers in Karabakh. The Turkish involvement will apparently be limited to the joint monitoring center.

The monitoring center will facilitate the implementation of the agreement, which should restore peace to Karabakh and allow the return of all displaced civilians.

Now everything is clear. The deal between Russia and Turkey was to overthrow Pahinian.

Can you blame them?

Like that Georgian guy who waited military support from Obama.

Turkey troops is more like a counter-balance on Russian troops invited by Azerbaijan. Typical influence efforts by both sides.

There won’t be any Turkish troops.

Of course there won’t be any turdish troops there… the little puppy a.k.a erdoggy dog is just yelping at the moon, nothing more…there is no such an agreement between Russia and turkey…period!…it’s just bestiality fake news

Oh, and one more thing! … you will soon hear that no leg of jihadist monkeys sent there by the islamic ditch known as turkey will remain in the area…for sure FSB troops are already cleaning up the islamist shit left behind by AZ troops…

Sorry turds, no armenian genocide this time! … nothing to see here, move along… suck it all up!!

This is sarcastic satire, not meant to be taken seriously, and I consider
myself pro-Russian. A true Russo-Turkish alliance would be hilarious, hehe ?.

Death to ISIS! Peace to Syria! To hell with the USA!
Russia and Turkey, 21st-century team for world peace! 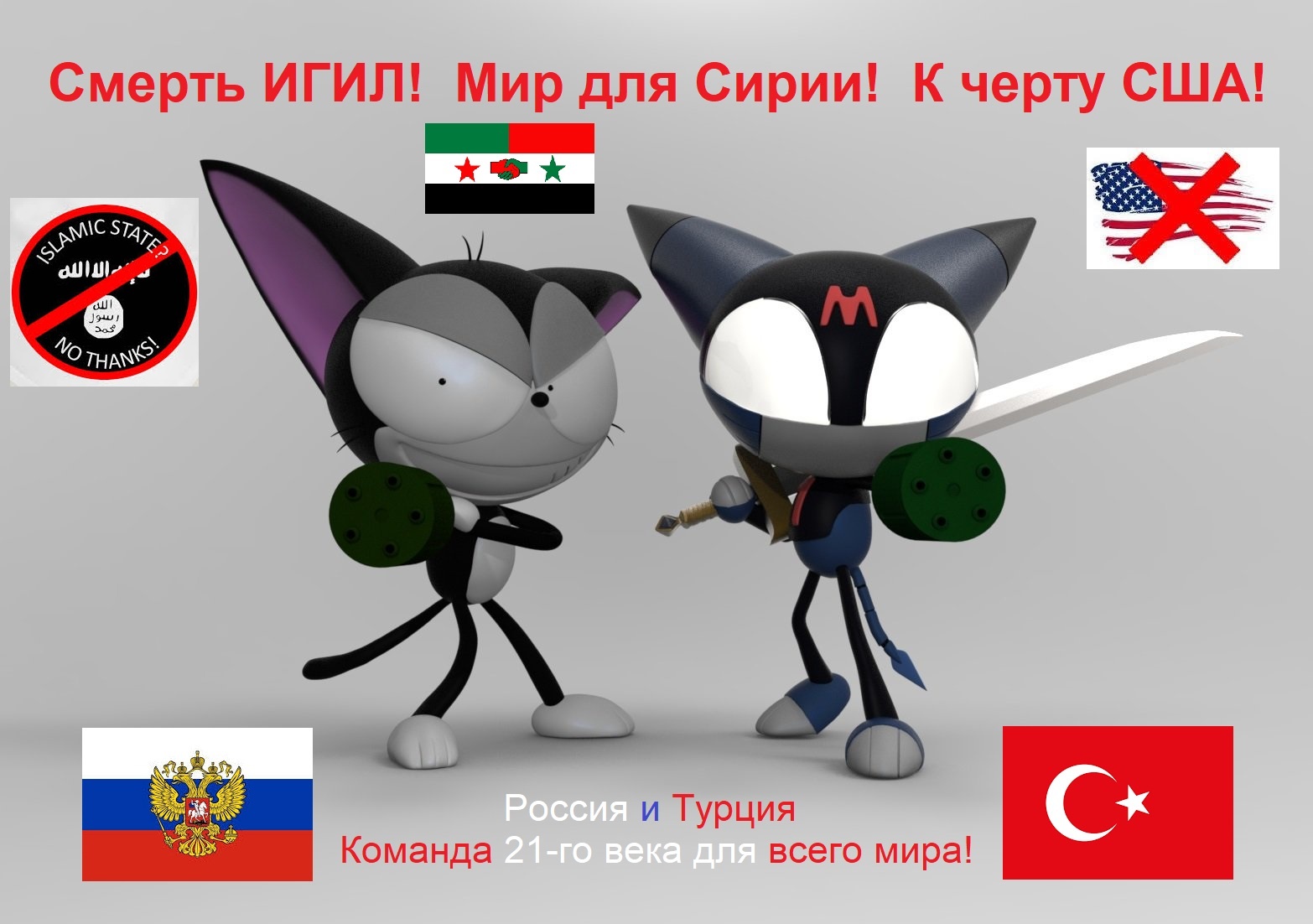 My image about ME is a poker game in 3, Turkey, Russia, USA. Each one tries to trick the other 2.