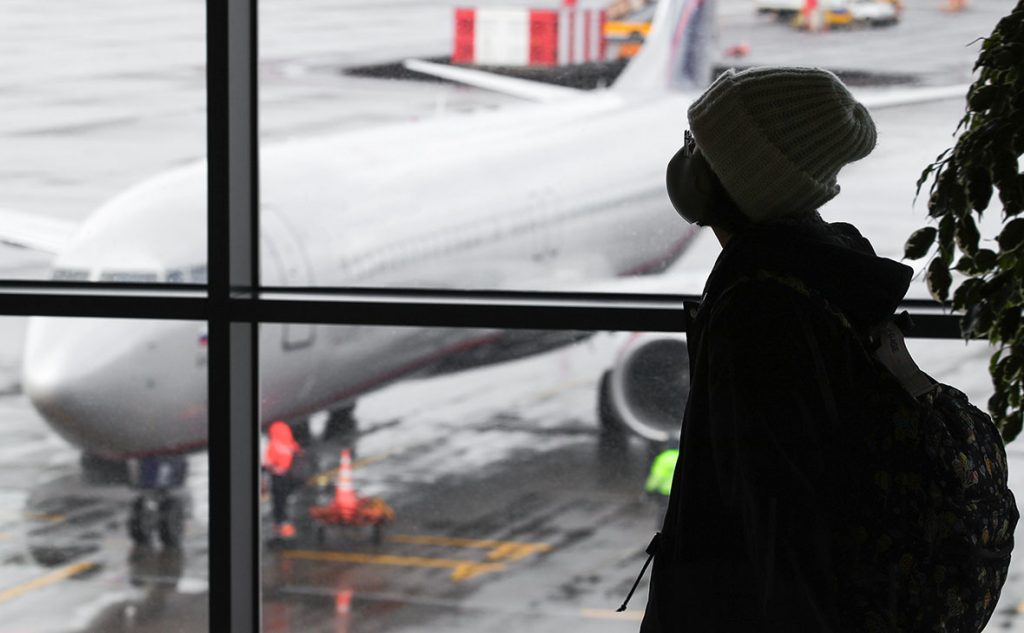 Meanwhiile, state-run news agency TASS reported that Domodedovo, one of Moscow’s four international airports, has already shut down its international flights board.

Last week, the Federal Air Transport Agency limited the number of Russians who wwill be able to return to from foreign countries to 500 people a day. The decision was explained by restrictions related to the COVID-19 outbreak. Flights to Moscow were possible only through the Sheremetyevo International Airport. A quota was adopted for regional airports was 200 people a day.

According to statements by the Russian Foreign Ministry, there are 25,000–35,000 Russian citizens abroad that want to return to Russia. People that remain in the South-East Asia and India are currently in especially dare conditions.

It should be noted that Russian authorities did not stop air flights with Europe and the United States, when the large-scale COVID-19 outbreak erupted there.

In the first half of March, flights to Russia regularly arrived from Italy, France, Switzerland, Germany, and other European countries. According to the official version provided by the Russian authorities, this is how the COVID-19 pandemic started in Russia. It remains unclear why people arriving on these flights were not put on a mandatory quarantine in specially designated medical facilities or at least put on a home quarantine.

If the restrictions reported by Interfax are really implemented, their severity will be much higher than those applied to people who arrived from European countries in March. Thus, it turns out that the main population of Russia is paying a price for the return of a wealthy part of the Russians from European countries where they were on vacation or even permanently residing.

Damn, the Kremlin better get the new Party Line out to its trolls and aficionados on sites like this who still insist that the Pandemic is a fake or a hoax or a nothing burger or can be handled by Russian he-men with just some more Vodka binging.