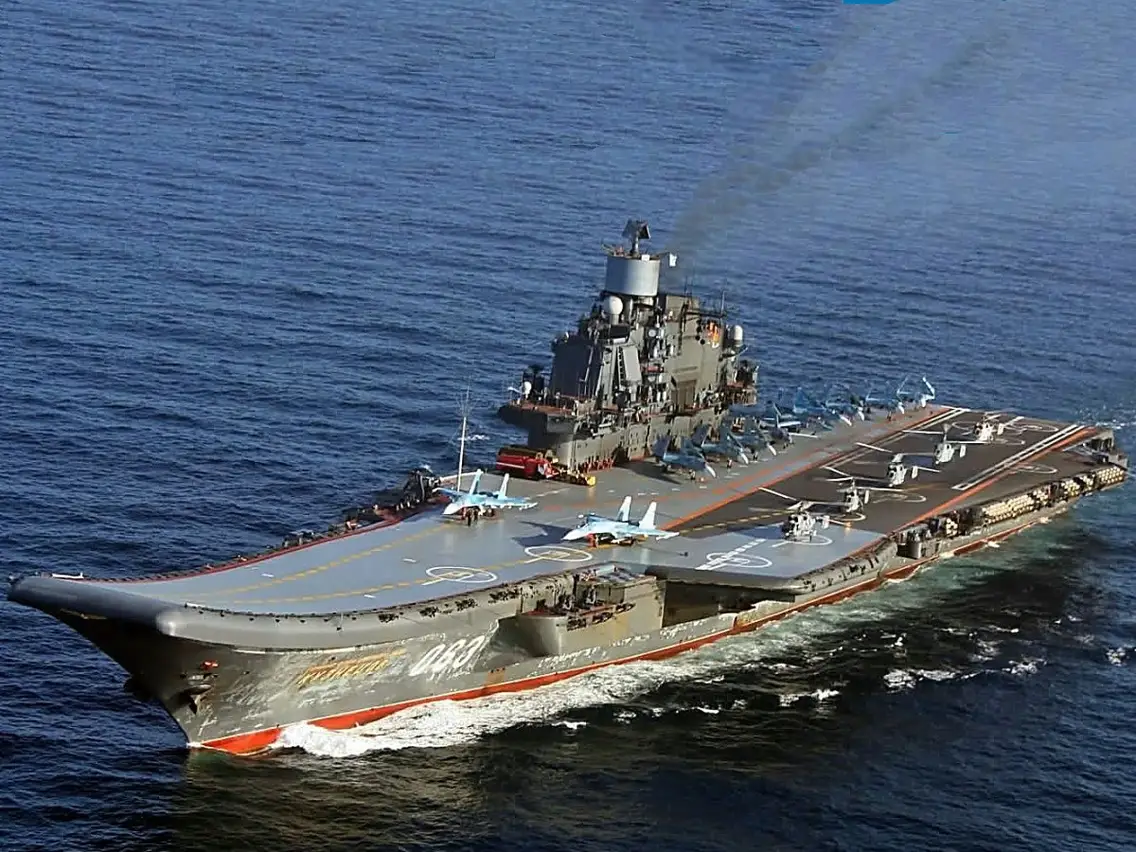 The US and NATO wish that Russia remains with only one aircraft carrier in its fleet.

Which is quite understandable.

However, according to the National Interest this comes as some sort of surprising information.

“Russia will be doing NATO and the U.S. Navy a huge favor if it decides to spend the money, repair-yard time, and human capital needed to overhaul the ski-jump-ramp carrier that is clearly an albatross of the Cold War era.”

This is because the Russian Navy plans to dry-dock the Project 1143.5 heavy aircraft-carrying missile cruiser “Admiral of the fleet of the Soviet Union Kuznetsov” in 2020.

It would undergo extensive repairs.

“As Russia’s only aircraft carrier and its flagship, the Kuznetsov’s main mission is projecting national prestige,” wrote Richard Moss and Ryan Vest, both instructors at the U.S. Naval War College. “From that perspective, Russia must overhaul her and get her back into service as quickly as possible.”

The warship has long been plagued by various problems, ever since it commissioned back in 1990.

“When it’s this cold, water freezes everywhere including pipes which may cause a rupture,” English Russia reported. “To prevent this, they just don’t supply almost 60 percent of the cabins with water (neither in winter nor in summer). The situation with latrines is just as bad. The ship has over 50 latrines [for 1,900 crew] but half of them are closed.”

Before late 2018, Moscow planned on extending the service lives of Kuznetsov and other warships from the 1980s in order to complement the newer, smaller vessels.

But Kuznetsov in October 2018 suffered serious damage at the 82nd Repair Shipyard in Roslyakovo, a northern port city, when the PD-50 dry-dock sank while the carrier was aboard for repairs.

This was the only dry-dock capable of holding the warship.

According to the newspaper Izvestia, the Kremlin considered just decommissioning Kuznetsov rather than spending the money to acquire a new dry-dock, move an existing dock or the carrier or find some other way of repairing the aging, unreliable and accident-prone flattop.

“Not everyone considers the continuation of repair to be appropriate,” a navy source reportedly told Izvestia. “There are different opinions, including those that boil down to the fact that with this money it is better to build a pair of frigates or a nuclear submarine.”

This is also included in Russia’s maritime doctrine:

“In order to defend its interests, the navy requires a minimum of two full-fledged aircraft carriers – one in the Arctic and the second in the Mediterranean. This says nothing of the large number of surface vessels which could be needed for other sea zones. The deployment of an aircraft carrier in the Pacific would only be possible in the distant future. So far, it appears that surface groups deployed in distant sea zones are being folded back into existing groups closer to home.”

They, however, cost a lot of money, and the crude oil price war, the impending natural gas crisis, the COVID-19 hysteria, and other factors are leading the global system towards another economic recession, not Russia alone.

Considering the labor and expense involved, the work might not proceed according to the current schedule.

“Considering the necessary dry-dock modifications, the current fiscal realities the Russian government is facing under sanctions and lower oil prices and endemic corruption, the Kuznetsov may be undergoing modernization for the foreseeable future,” Moss and Vest explained.

Despite the critics, however, repairing the warship remains as the most reasonable and balanced approached, because, regardless of the expenses, they surely do not compare to how time and investment building an entirely new aircraft carrier would cost.

And as such, it is obvious that NATO and the US would like to see Russia have only one aircraft carrier, and for it to be a money pit that does little else than break down and require repairs. At the same time, repairing to make it an effective asset is potentially concerning, since when the economic crisis subdues work can begin on new warships to assist the Admiral Kuznetsov.

I’m Mirrrrranda Veracruz Delahoja Cardinal, I report from the Admiral Kuznetsov the Flagship of the Russia Navy, the Heavy Missile Cruiser Carrier, the 2020 Dry-Dock Grand Project of the Great Vladimir Vladimirovich Putin!

Russia wisely invested in hypersonic missiles as large lumbering aircraft carriers are so 20th century like the old iron clads, good for projecting power but very vulnerable. With the new generation of Russian hypersonic SSM like Zircon that can travel 20 times the speed of sound, rusting Pimpeovirus laden Americunt rusting shitcan carriers will be sunk in seconds. Russian naval doctrine is sound and focused on total destruction of enemy fleet at the minimal cost.

:the current fiscal realities the Russian government is facing under sanctions and lower oil prices and endemic corruption”

Pfftt… what a load of Atlanticist BS. Why would anyone ask the opinions of a pair of instructors from the U.S. Naval War College is they wanted a factual and non-biased appraisal of the Kuznetsov, or of Russia in general?

Heck the sole Typhoon (TK-208) would be a far cooler statement of Russian global prestige too, imagine it surfacing outside an African or South American port armed with x200 tactical land attack missiles.

Russia should make a museum from this crap.

Why does Russia need an aircraft carrier, when her little corvettes, pack a mighty punch? She covers 11 time zones and is not addicted to invading nations. She defends.

Aircraft carriers are obsolete. They only serve the prestige of the government that fields them.