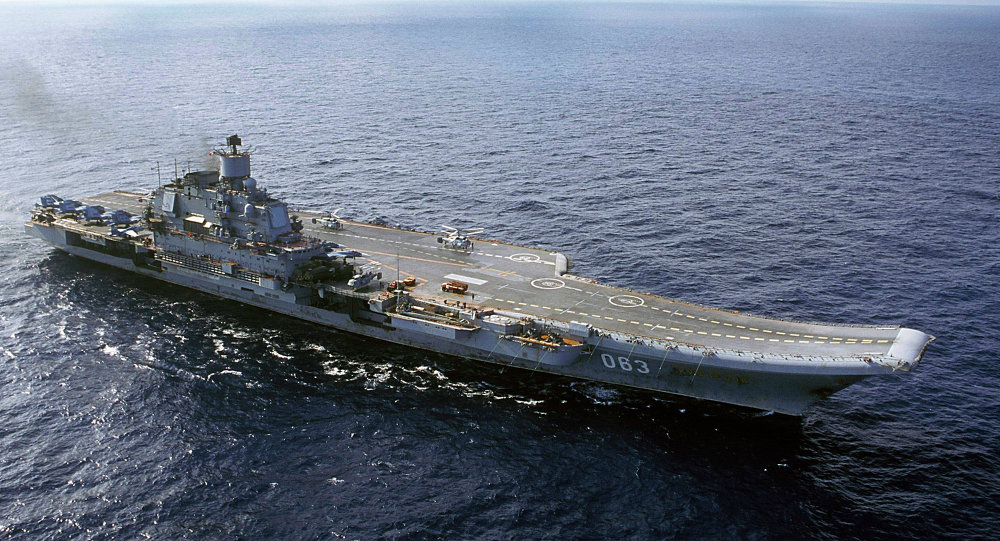 The designing of a perspective aircraft carrier with a nuclear power unit for the Russian Navy will begin not until 2020, the TASS news agency reported on June 30, citing a source in the shipbuilding industry.

According to the source, this work is currently underway. It will move in a particular phase in 2020. The Russian Navy is going to get a new aircraft carrier in the third decade of the 21st century. The design work will be started in 2020, and an aircraft carrier will be built before 2030.

‘It’s logical, if we analyze the military shipbuilding over the last 20 years … Everything fits in the principle from small things to large, as over these two decades it was necessary to create new production capacities and modernize the old ones, which will enable us by 2030 to build large ships,’ the source said.

At the beginning of this year, Head of the Russian Navy Shipbuilding Department, Vladimir Tryapichnikov, also said that the Russian Navy is going to get an advanced aircraft carrier with a nuclear power unit by late 2030.

‘They are fairly good and a decision on the aircraft carrier will be made closer to 2025,’ he said.

Today, Admiral Kuznetsov is the sole aircraft carrier operated by the Russian Navy. The Krylov State Research Center (shipbuilding research and development institute) previously announced the development of a heavy aircraft carrier of Project 23000E Storm that can boast of a displacement of up to 100,000 tons and an air group comprising 80-90 aircraft.

Russia don’t need many aircraft careers, because it’s land-connected with all important continents. Two careers should be enough for Russia.

I suppose it makes sense to design an aircraft carrier in order to keep up on technology, I wonder how much it will cost?

From a strategic perspective, I can only see two possibilities, I wonder which one they are considering: 1. It will be so advanced, that it will, along with support ships, will be able to fend off hypersonic missiles and advanced torpedoes. or, 2. They anticipated being like the French, only deploy it abroad for the next ‘Syria’ where they do not anticipate opposition from a country like the U.S. and if there is opposition from the U.S. keep it in homeport.

Carriers are deployed to project air power anywhere in the world. Carriers wil not defend itself against hypersonic missiles, currently there are not any tangible defenses against hypersonic weapons, because hypersonic weapons on the Russian side are still in the testing stage. Hypersonic weapons with adequate range will target capital targets. As far as engaging American carriers, the American carrier equipped with F18 has limited operational range since the F18 combat radius is 6-700 miles, a souped up Oniks fired from a submarine or a cruiser can engage the carrier effectively from 400 miles away.