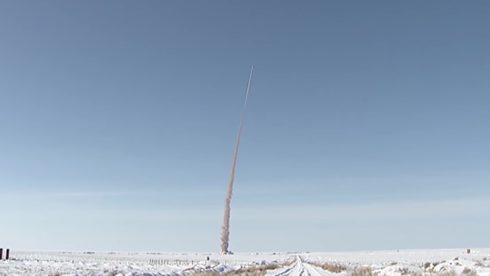 The Russian military has released a video showing the recent test of of an upgraded anti-ballistic missile that will reportedly replace the short-range component of the Russian anti-ballistic missile shield. The video was filmed at the Sary Shagan test range in Kazakhstan where Moscow test some of its missiles. The military released no details of the test. However, it’s clear that this is the new missile and it’s about to finish trials and enter service.

how can you se?

Stop showing off Russkue commies, you are embarrassing us Yanks.