The minister revealed the information during a meeting with the employees of Rostvertol, Russia’s main helicopter manufacturer.

“We checked more than 320 types of different weapons, including, by the way, your helicopters,” Shoygu said at the meeting, according to the TASS news agency.

According to the Russian Defense Minister, attack helicopters produced by Rostvertol were refined, “at least in terms of weapons,” after taking part in the operation in Syria.

The minister explained that the safety of attack helicopters was improved by arming them with new weapons that can operate at a longer range than air defense systems or MANPADs [Man-portable air-defense systems].

“Now we have such weapons, thanks to the operation in Syria, thanks to you who do it,” Shoigu told the Rostvertol employees.

Shoygu was most likely referring to the advanced Izdeliya 305 cruise missile. Upgraded Mi-28NM and Ka-52M attack helicopters will be armed with the new guided missile, which will reportedly have a whopping range of 100 km.

The experience gained from the Syria operation enable the Russian military to upgrade many of its existing systems. New weapons system were also developed as result of the operation.

TESTED OVER 320 WEAPONS IN SYRIA against rebels without an air force, naval, or missile force. Good luck facing a sophisticated enemy with those weapons.

World_Eye
Reply to  The Objective

Haha rebels, where else do you think your Yankees tested their weapons haha. first, there is no word as rebel it is terrorist

First you sound disappointed that Russia didn’t pick a fight with NATO to test their weapons. Be careful what you wish for.

Second. They’re testing weapons … not going to war with NATO with them.

When an engineer is ‘tested’ in school does he actually design and build projects that can get people killed or is he stress tested with hypothetical problems to see if he really knows his shit?

“Testing” is putting a product in near real world scenarios to work out the bugs BEFORE you put them to use in the real world.

This way when the Russians have to use their weapons against a peer force they will at least have some of the bugs worked out of them.

Peter Wallace
Reply to  The Objective

That’s the idea of trying them out on weak idiots first before finding out they don’t work against a more sophisticated force. Why do you think the US is always in a war somewhere. You guessed it . To test the ability and effectiveness of new weapons so if and when they have to face off against Russia or China they are not caught with their pants down. It is one thing for weapons to work on a controlled weapons range and another to work properly in actual combat situations.

“To test the ability and effectiveness of new weapons”

What new weapons? The reason is multi-faceted, goes hand-in-hand with [jewish] globalism and their rule by proxy. Despite taking sides with Syria and Iran, Russia and China are friendly with Israel and the jewish supremacist Chabad Lubavitch often stating jewish supremacist verses from their scripture. China criticizes Israel more than Russia, their media is more aggressive than China’s.

This guy refuses to expose the jews, claiming they are “White”:
https://odysee.com/@AmericanRenaissance:7/Did-White-People-Invent-the-Idea-of-Race:a

Marco Polo
Reply to  The Objective

According to rabbis from Chabad, a prominent international jewish organization in Russia and throughout the world:

Rabbi Menachem Mendel Schneerson was seen by many religious jews as the next Moschiach (jewish messiah): 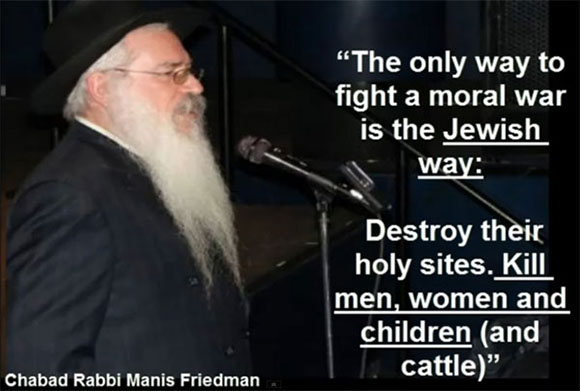 Looks like a perverted degenerate, which they all are.