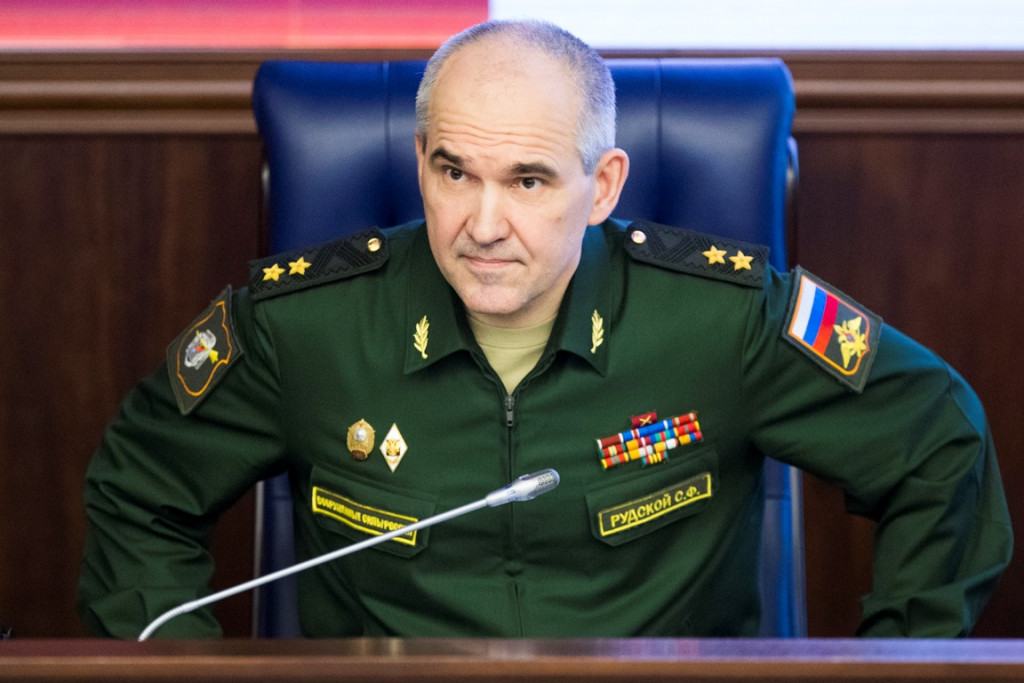 Syrian government troops have deplyoed to the areas controlled by Kurdish forces in the countryside of Manbij, according to Sergey Rudskoy, Chief of the Russian General Staff’s Main Operations Department.

“In accordance with the agreements reached with the participation of the Russian air group command in Syria, Syrian armed forces units have been deployed to the territory held by the Kurdish self-defense forces on March 3,” the Russian state-run news agency “TASS” quoted Rudskoy as saying.

According to the report, Syrian troops have been deployed in the area southwest of Manbij.

Meanwhile, Pentagon spokesman Navy Captain Jeff Davis said that US Defense Department is not aware of any agreement between the so-called “Syrian Democratic Forces” (the US and the mainstream media use this brand to describe Kurdish forces operating in northern Syria) and the Syrian government.

“The Russian government informed us of [the transit] through our deconfliction channel. [But] we aren’t aware of any agreement and we are not part of it,” the Turkish pro-government media outlet “Daily Sabah” qouted the Pentagon spokesperson.

Earlier this week the so-called Manbij Miltiary Council released a statement, announcing that Kurdish forces will transfer a number of villages in the countryside of Manbij to the Syrian army.

Good news. Erdogan’s hopes and dreams for Manbij have been crushed! Putin has played his cards well.

I heard there is going to be something similar to power sharing where Syria government runs governmental and helps with rebuilding with MMC staying. There is already Russian aid coming into the city.

I was also confused by this one. The Manbij Military Counsil (or SDF) It was created so Erdogan can not claim everybody is PKK.

very nice! but im wondering, should SAA now reinforce their territory now and wait out any possible IS counterattack after taking palmyra (since they just ran away), or keep pushing forward to deir ezzor? i hope they have the proper intel to make the best choice!

They have an “elite” Palmyra defence force called “ISIS Hunters” I’ve read. I don’t know their size, but I think SAA will have significantly more recources now to defend this front. Also, they could push for Deir Ez-Zour if properly planned. This would be quite a blow to IS.

Very optimistic. SAA has no troops for that at all and not logistics as well.

As a few comments above shows, I dont like Assads at all, but from a military point SAA meter by meter shall do, what they are able to just as now and erode ISIS down and take and keep any village or whatever they can.

No more long fronts, which easy can be cut many places as You can with Your finger and its gone and no more piano.

So no Der El Zor and Nó Raqqa. Wide out Dara might be a good thing. Something like that.

Good point! Hard to play a piano when you lose the fingers. But I would argue that Daraa is not a priority. The Jihadist concentrated around the city and then got kicked in the ass from the ISUS group. HAHA SDF and SAA are gaining a shit load of ground up north. Daesh can’t replace it’s loses now. Though Tabqa will take some time, Deir Ezzor will hold.

Deployed to the South West? That makes no sense.

This guy looks like a straight boss I love it lol

Thats a pleasure to see M. Adolf Erdogan played out against the YDF and Syria! – I hope that all YDF troops and commanders will understand the game and play with the syrian government. Since they all got or will shurely get the syrian citizenship…! Otherwise all her efforts and war gains would be have been for nothing!

Its stupidity not to give woman equal right in all matters. We have doubled our living standards and BNP by that.

You more than insinuate, that kurds are spendable. If anyone in Your tribe, warlords, 57 flags of the french protectorat of Syria deserve more independensy by their secularity its kurds.

The rest has fallen back long below acceptable standard in most matters.

When I close my eyes and recall the mafiosa Baaths they are personified as Assads in a russian parmabulator driven by hesbollah.