Following major advances of pro-government forces in Alleppo city, Russia and Syria have launched a large-scale humanitarian operation for the citizens. 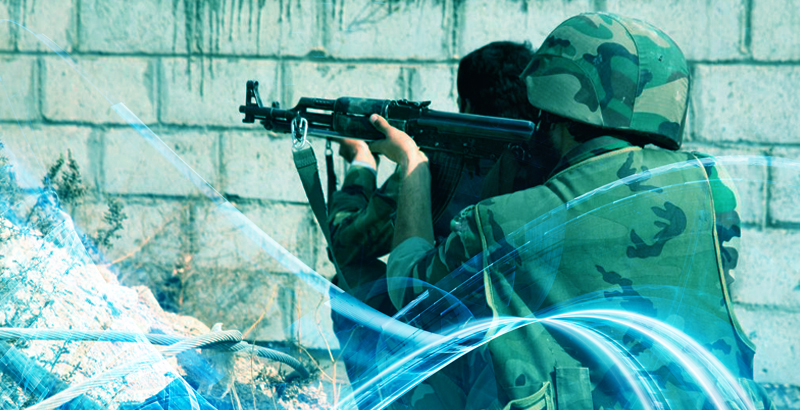 Russia and Syria have launched a major, far-reaching humanitarian operation for Aleppo residents, Russia’s Defense Ministry (MoD) reported on July 28. The Russia-led coalition forces will set corridors for civilians and militants ready to lay down arms to exit the city.

“We have repeatedly called on the warring parties to reconcile, but the militants violated the silence mode each time, shelled villages, attacked the positions of government troops. As a result, a tough humanitarian situation has developed in the city of Aleppo and its suburbs.”

“To assist civilians taken hostage by terrorists, as well as militants who chose to lay down their weapons, the Russian center for reconciliation of the warring parties, together with Syrian authorities, will open three humanitarian corridors there.”

“I want to emphasize that we are taking this step, first and foremost, to ensure the safety of Aleppo residents.” 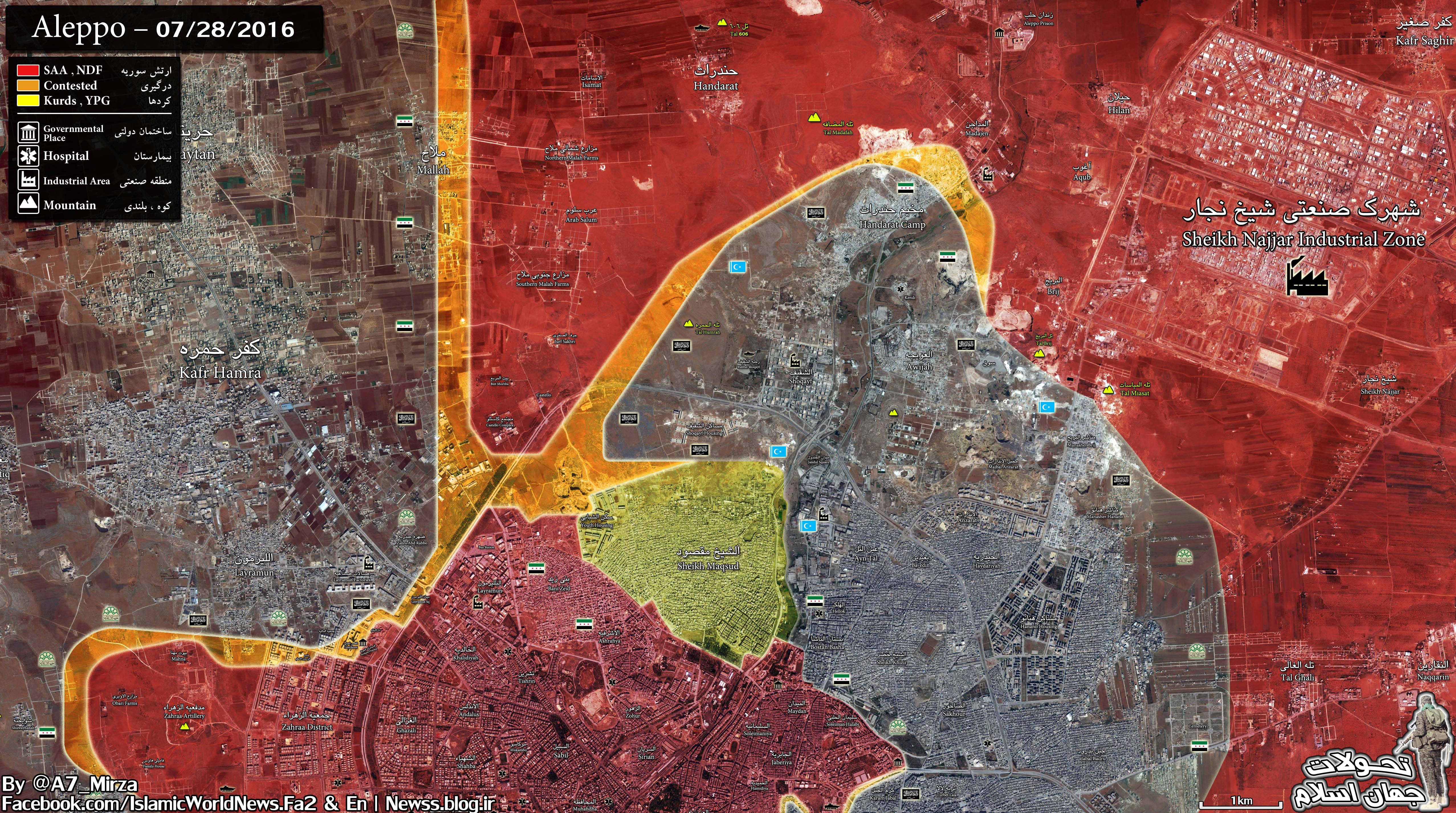 The Syrian army informed to all residents in the eastern part of Aleppo city with text messages that a safe passage for their exit from the city would be opened by the Syrian forces. The army also called on the militant groups to lay down their arms and surrender.

“The joint operations of the Syria army and popular forces have managed to cut off all the supply lines and passages used by the terrorists to move from the North to the Eastern neighborhoods of Aleppo city,” Fars quoted the Syrian Armed Forces’ Command Center.

The Syrian army called on civilians in Aleppo to cooperate with the Syrian government forces more than ever to enable them to reinvigorate the city’s security and render the necessary services, including water and electricity to them.

The fourth corridor for the passage of militants in Aleppo is also set up despite the US has not provided Russia with data on the al-Nusra Front terrorist group, which has recently been launched a rebranding campaign and increased attempts to merge with other armed opposition groups in Syria.

On July 27, Syrian President Bashar al Assad issued a new decree that provide a general pardon to any militant who surrenders. The offer is available for 3 months.

“If they (militants) want to return to normal life and lay down arms they will get amnesty…. We have been doing this for … years I think. Let alone the country’s win in the war,” Assad told the Greek ITV channel.

3 passages are opened for civilians to leave eastern Aleppo and 1 passage is opened for militants to surrender: 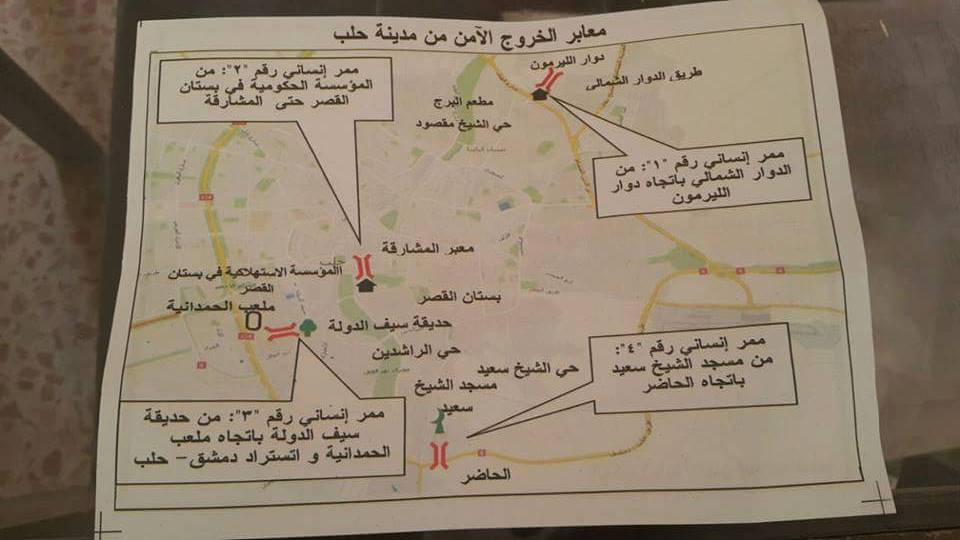 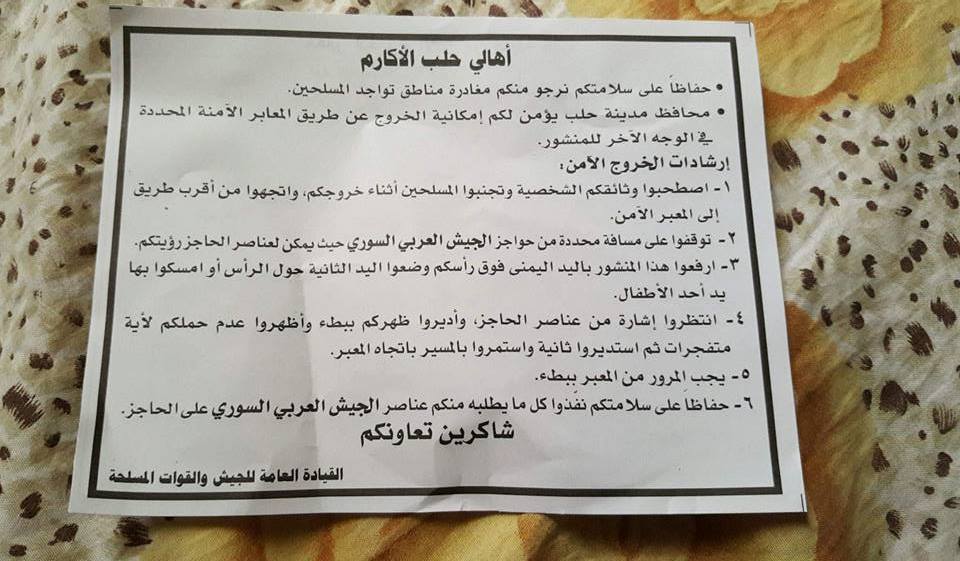