“During the Russian defense minister’s visit an agreement was reached under which Myanmar would purchase six Su-30 planes,” Fomin said, adding that this plane “will become the main fighter aircraft of Myanmar’s air force to protect the country’s territorial integrity and repel any terror threats.” 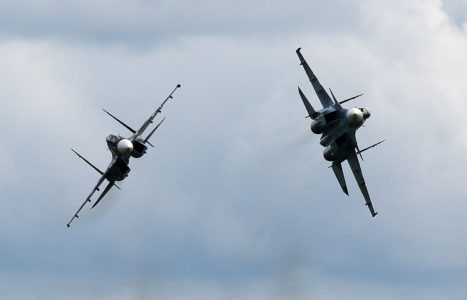 According to the deputy defense minister, Russian armaments proved their capability during their operation in Myanmar’s Armed Forces. “These are, in particular, the Mi-24, Mi-35 and Mi-17 helicopters, as well as the MiG-29 fighter aircraft, the Yak-130 combat-capable trainer aircraft, the Pechora-2 air defense system and other equipment,” the lieutenant-general specified.

He also reported that more than 600 Burmese military are studying in Russia’s higher military educational institutions. “All of this helps tighten security in Southeast Asia and the Pacific Rim in general,” Fomin concluded.

On January 20-22, Shoigu visited Myanmar on an official visit. An intergovernmental agreement on a streamlined entry for warships in Russia’s and Myanmar’s ports was signed during the visit, and talks with the commander-in-chief of the Myanmar Armed Forces Senior General Min Aung Hlaing were held.

Burma was another historical victim of Anglo – zionist empire.

Better they get these planes that actually work than that horrid US POS F-35 flying lemon.

F-35 is not intended to fly – its aim is to make huge money out of useful idiots and it proved extremely effective at that.

you dont realize, that the whole world takes russians for dumb beacuse of such stupid morons like you. you are shame of raussia and you harm to russia more than any zionist.

What crawled up your a$$? TM made a factual statement.

Goℴgle is offereing new workers 97 dollars hourly to do easy jobs staying at home .. Easily work Some just few peroid of time in a day and spend more time together with your friends … Anyone can also benefit this online offer…on Thursday I bought a great Land Rover Defenderafter just earning $18476 past six weeks .it’s really the easiest-work however you won’t forgive yourself if you don’t view this.!ge41a:=> http://GoogleCashCareerCoFinanceReportsOnline/online/easytasks… ♥♥d♥♥♥a♥y♥♥♥p♥♥a♥l♥v♥♥w♥♥z♥♥y♥♥♥k♥♥n♥♥♥i♥♥♥p♥♥v♥i♥♥q♥♥t♥♥q♥♥d♥♥♥w♥g♥♥e♥♥♥v♥♥g:::::!ue052k:lhuhuh

Burmese General Min Aung Hlaing has made a great choice , Russian military equipment and education is the perfect counter weight to Chinese influence . That is not to suggest Chinese military influence is negative , rather very positive . With the Saudi Wahhabi , manufactured Rohingya atrocity campaign , some Chinese backup to protect the oil and gas pipelines likely was tapped into . These jets will keep the Americans away from Burmese off-shore oil and gas developments . Very well done General Min Aung Hlaing !

they shift the weapons to china.

myanmar is half annexed by china.

I do not like them selling all this stuff around the world,…it exposes the technology. Or those products are watered down versions, like they are for sure,….but still.