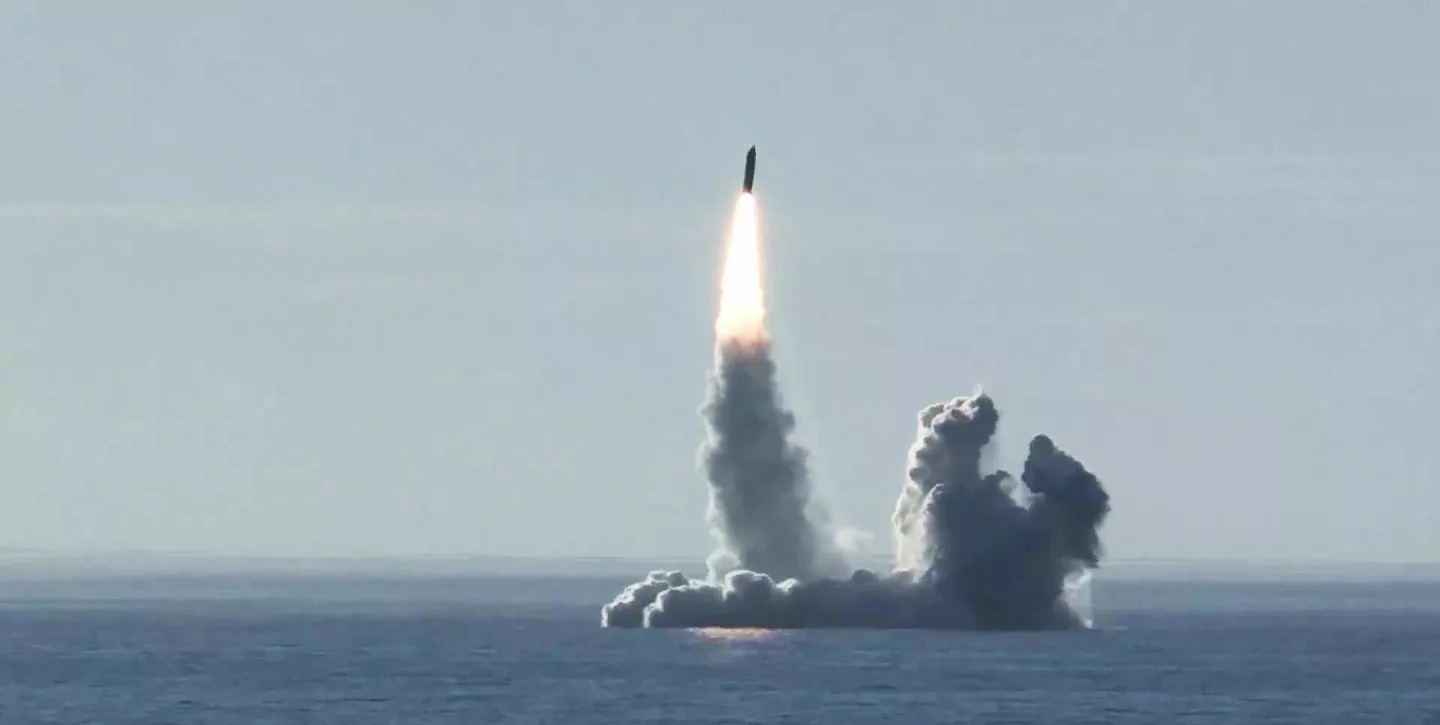 “The strategic missile submarine Knyaz Oleg, as part of the state test program, fired a Bulava ballistic missile from the White Sea. The ballistic missile was launched from a submerged position at the Kura training ground in Kamchatka,” the ministry said in a release.

They clarified that, “according to the confirmed data of objective control, the missile warheads have successfully arrived in the specified area at the estimated time.”

The Knyaz Oleg nuclear submarine is planned to be transferred to the Russian Navy by the end of the year. The submarine will become the fifth submarine of this class in the Navy: three submarines of the base project 955 Borey and the lead submarine of the improved 955A are already in combat service.

The Borey-class strategic missile submarine cruisers were designed at the Rubin Central Design Bureau for Marine Engineering in St. Petersburg. During their construction, new achievements were applied in the creation of shipborne radio-electronic equipment, noise reduction. The Bulava serves as their main weapon.

The Bulava SLBM will be modernized in the future and will remain in service for a long time, Yuri Solomonov, general designer for solid-propellant missiles, general designer of the Moscow Institute of Thermal Engineering, developer of Bulava said.

“Well, of course, any weapon system is being modernized,” he said, answering the question whether the missile will be modernized.

The RSM-56 Bulava is a submarine-launched ballistic missile developed for the Russian Navy and deployed in 2013 on the new Borei class of ballistic missile nuclear submarines. It is intended as the future cornerstone of Russia’s nuclear triad, and is the most expensive weapons project in the country.

Designed by Moscow Institute of Thermal Technology, development of the missile was launched in the late 1990s as a replacement for the R-39 Rif solid-fuel SLBM. The Project 955/955A Borei-class submarines carry 16 missiles per vessel. Development and deployment of the Bulava missile within the Russian Navy is not affected by the enforcement of the new START treaty.

Continuous progress from Russia in all scientific, economic, social and military fields. A true global power.

The americans stagnate and decline year after year.

It would have been better to test the Sarmat on Washington, New York, or Los Angeles.

US coasts are infested with Russian, North Korean and Chinese subs armed with SLBMs. Iran will join them soon if not already.

and soon the agricultural production in California will go down massively due to missing water. Lake mead is very low, and ground water levels are worrying. USA may face a food crisis. Soviet Union 2.0?

Most excellent Comrades 🤗👍🥇 CIAtrolls and ukropnazis will cry and rage 🤗