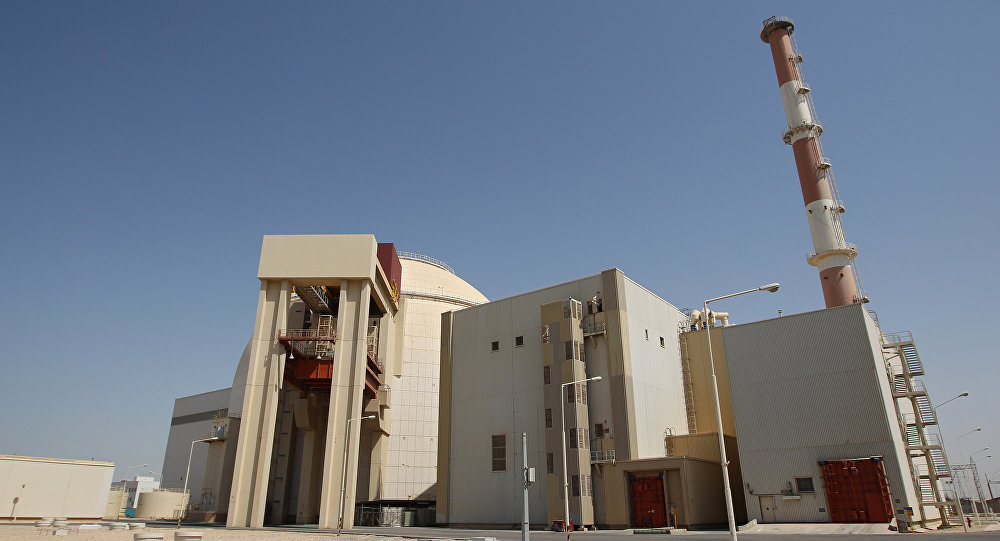 “I am sure this major Russian-Iranian investment project will strengthen the cooperation and ties between our countries,” said Rosatom’s General Director Alexey Likhachev at the ground breaking ceremony.

Before this, Likhachev and the head of Iran’s Atomic Energy Organization Ali Akbar Salehi also visited the site of the Russian-built Bushehr 1 NPP which was connected to the national grid in 2011.

The project’s cost is estimated at $10 billion and will take up to ten years to complete. The deal, which was signed by Russia and Iran in November 2014, also included the option of building six more reactors in the future.

Russia has been a long-time proponent of helping Iran develop means of producing its own nuclear energy, as it previously helped Iran’s export of enriched uranium and modification of nuclear facilities at Arak and Fordo, following the 2015 nuclear accord. Russia’s President Vladimir Putin also said in early October that he will continue to support the Iran nuclear deal, despite suggestions that Donald Trump’s White House may withdraw its support.

Bizarre that Israel hasn’t been kicking and screaming about this the whole time and flooding western MSM with the supposed threat this poses to them. They could try some kind of raid or a missile attack to destroy it in a few years (even with Iran’s beefed-up air defenses), but Russia isn’t going to be too happy about losing several billion and years of fuel sales. I wonder if they told Bibi in no uncertain terms that they better not even think about touching this one or there would be bigly ‘consequences’ for Israel?

Russia is a huge land, it could survive to a certain extent a nuclear strike! But Israel is 7 km wide at its most narrow point! Nukes arnt even needed in this equation!

As a matter of fact, missiles arnt needed! A mass invasion could easily destroy Israel if the arabs and the Persians got enough forces together!

Iran’s growing influence in the region could make this very possible!

Therefore merely a conventional war would be needed to destroy Israel and LIBERATE (Yes…. liberate) Palestine!

Times are good! Thx to Russia and there much better form of Christianity! They are REAL Christians!

comes the era of gratis lighting in iran