On August 16th, the upgraded long-range multimode missile carrier bomber Tu-22M3M made its debut in the Russian city of Kazan, according to the designer of the aircraft, cited by Xinhua.

Tupolev, a Russian aerospace and defense company designed the new aircraft, delivered the bomber for ground and flight tests at an unveiling ceremony held on the premises of the company’s branch in Gorbunov aviation plant.

It’s a principally new plane inside – with completely new systems, completely new capabilities, might and threat to potential adversaries,” said Yuri Slyusar, the head of the United Aircraft Corporation, cited by RT. It will reportedly be armed with hypersonic missiles, it is a new modern bomber inside a classic shell, according to Tupolev.

“The first experimental aircraft Tu-22M3M was designed within the ambitious modernization program of strategic and long-range aviation complexes … The following step of the program is the complete modernization of the first batch of combat aircraft Tu-22M3,” Tupolev’s general director Alexander Konyukhov said in Tupolev’s press release.

The Tu-22M3M bomber is designed to strike sea and ground targets at a distance of up to 2,200 km using bombs and guided missiles. According to Tupolev, the modified plane has a more comfortable cockpit, can travel longer distances, and fly faster due to its more powerful engine. About 80 percent of its electronics were updated.

According to Senator Viktor Bondarev, cited by RT, it will also be equipped with the newest long-range anti-ship cruise missiles, Kh-32s, which will allow it to attack large naval groups.

The senator, who is a Colonel General and the former Commander of the Russian Aerospace Forces, claimed that the bomber will also be equipped with hypersonic missiles in the future.

RIA, as cited by RT, claimed that the Tu-22M3M will be used to test the “Kinzhal” hypersonic missile and will later be able to carry four such missiles.

The plane’s first flight is scheduled for September and it will undergo extensive testing. According to Senator Bondarev, cited by RIA, Russia plans on modernizing 30 such airplanes by 2020.

Xinhua cited Yuri Slyusar, president of Russia’s United Aircraft Corporation to which Tupolev is affiliated, who claims that the Russian Aerospace Forces will start receiving the modernized bombers in 2021.

The original Tu-22M3 was created in the 1970s. It was used in Afghanistan during the Soviet War and saw limited action in counterterrorism operations in Northern Caucasus. It was mostly recently used to strike ISIS targets in Syria.

The presenting of the Tu-22M3M comes a short while after Russia also unveiled their hypersonic missiles in the face of Kinzhal, Burevestnik, as well as the Avangard hypersonic glide vehicle. Reportedly all of them will be operational and ready to be deployed by 2020.

Right, I am old enough to remember “Thunderbirds” – are you ? 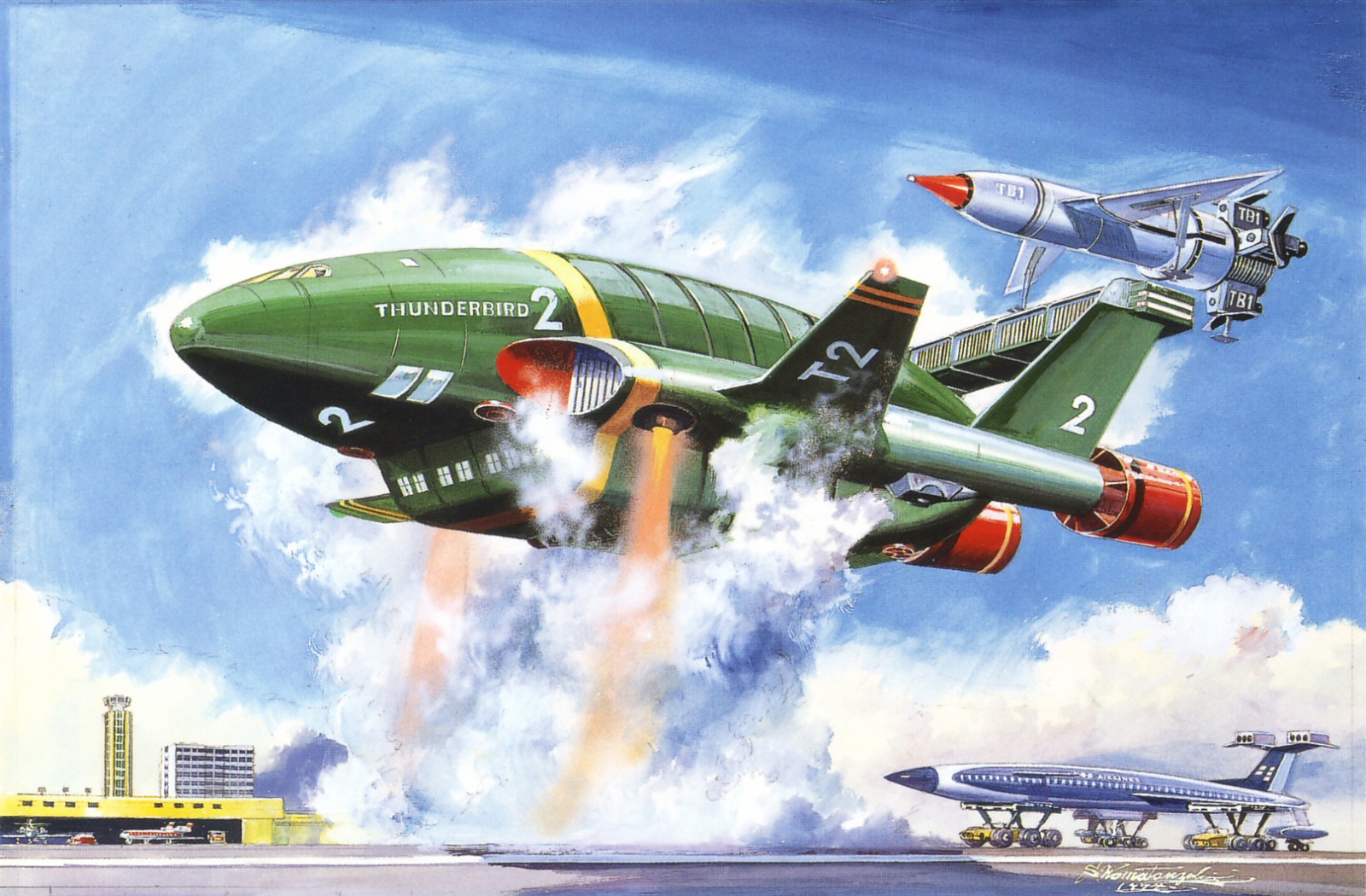 I will call you Dumb. 80% off the plane is modernized, with new engine, new missiles and hypersonic missiles capability. Like the TU 160 M3M( white swan ) why change a perfect shell and waste tens of billions of dollars

You missed the point numb nuts. Christ I even mentioned it twice.

Thurderbirds was a TV series a long time ago. 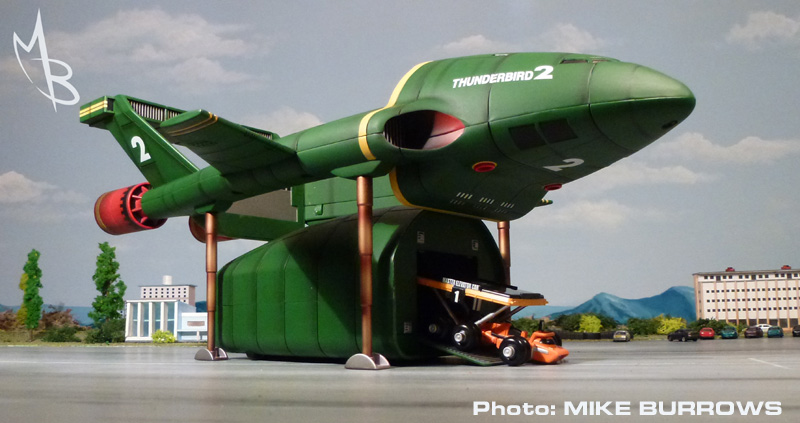 Forget the tail part and dont even think of being a pedantic POS.

I think you ere wrong here AI !
I would be more concerned to see Thunderbird 1 flying around. :) 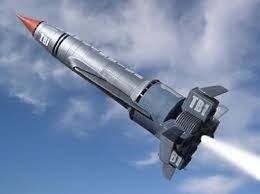 Easy Jim …I think you have misunderstood him….

You can call me Al
Reply to  Dicksonrp

Thanks you. I came back to this, to tone my comment down; too late unfortunately.

F35 designed to save money rather than wasting them with three version sharing more than half commonality in their parts plus fulfilling every role there is. Guess who’s more successful in that endeavors ? Yep it’s the Flankers Su 27.

Ivan Freely
Reply to  as

The biggest mistake the Pentagram has made. And it appears that the Ford-class carriers along with the Zumwalt destroyer are also lemons.

I still can’t understand why they equipped guns to the zummwalt or F35 when it’s been clear that they don’t survive close quarter combat scenario.

They already tried removing cannon from a fighter jet with the F-4. You can guess how that ended. Completly removing cannons on fighter jets is still dumber than keeping them, just in case.
Gun on Zumwalt was more than “just in case” thing, because it was supposed to be used as long range artillery against shore-based targets. It turned out that $800,000 shell isn’t worth firing at any target, except maybe another Zumwalt. :)

F35 poor basic capability have crossed them out of the fighter class. What it gonna do in close quarter when it has a poor turning circle and poor speed ?
F35 is a special interceptors and strike warplanes. Not fighter because it has poor overall characteristics results in poor reaction capability vital for fighter warplanes.
The same things with zummwalt with it’s glass armour.
In most cases missile launch would be instantly tracked towards it’s launch position and zummwalt wouldn’t be hidden for long and neither it can submerge to reduce threat against it.

I tried to answer your question about design decision to put guns on those two, not to discuss their overall performance. Russians also put guns on similar platforms.
Poor overall characteristics are not result of guns presence, and their removal would not make those two better (it would be a step towards making them worse, if that is even possible).

Nah my point is there difference that against their current adversary it make no difference whether they’re equipped with them or not. When they had to use them it’s already beyond the worst scenario that can happen.

Against Russia no weapon can make a difference. These are made to fight small countries. Zumwalt was not designed to fire at Russian shore but Guatemalan. In Syria F/A-18 Hornet shot down Su-22 from short distance where firing cannons was a viable options.

Against where these weapon system effective they never have to close in for gun kill.

You can’t know that. What if second missile missed, like first one did. Like I already wrote, it’s better to have a cannon “just in case”, then not to have one at all.

I’m not saying they were flaws it’s just with their fatal imbalanced characteristics they’ll be wasted on them. If the F35 is highly maneuverable and fast the gun would be useful. If the zummwalt can survive damage the gun would be useful.
Both systems are planned for departure of old doctrine so the availability of the guns were insurance for if it’s to be failure. However then why not try meeting the old doctrine all minimal requirements ? When they say they’ll be less targetable that’s doesn’t make it a good reason to abandon it’s protection if they can help it.

Well, lots of things are wasted on them, but i believe that is part of the design requirements (i.e. waisting money). :)
Zumwalt’s gun was not ment to be backup. Heavily armored ships are part of the old doctrine that became obsolete during WWII. US did keep battleships in service for a long time, with the purpose of raising moral / wasting money / terrorizing small countries. During Gulf War, US battleships fired guns at Iraqi positions (along with missiles). I believe that similar engagements are one of the intended uses of Zumwalt. Against weak countries no armor is needed, and against Russia/China no armor can help. Zumwalt is already too big and expensive for a destroyer, and adding armor to it will only make it sink faster. :)

Sorry in this cases rather than the armor what they lacked is AD capability. Deck anti aircraft armament were kept minimum and minimum radar suite for low observation characteristics.
I don’t know what damage control it have.

I don’t know much about it’s AD capability. I assumed it had Phalanx-like CIWS like all other ships, but now i see that’s not the case. Maybe they have realized that no CIWS can help them against Kinzhal, so they decided to focus on dealing with random Exocet. :)

Congratulations and good luck. May this machine contribute to drive the message home to the Yanks that they had better not mess with the Russians.

Every NATO carrier task force is dead meat against Tu22M3M firing KH32 and Khinzhal hypersonic missiles from ranges beyond their ability to reach and intercept…2000 kms. KH 32 flies at an altitude of 40 kms at Mach 5 and dives on the target, making it extremely difficult for Aegis to guess it’s possible trajectory and respond.
Khinzhal flies twice as fast and is maneuverable making Aegis defenses useless.
12 aircraft armed with 4 missiles each would unleash 48 missiles, enough for two carrier strike forces to taste Russian made antiship missiles …..and sink.

Is it not amazing that US has decided or rely on obsolete weapons without developing any capable anti ship missile? Their anti ship weapons are the F18’s that are useless because of their limited range and the vulnerability of the carrier and its escorts to defend themselves against hypersonic missiles.

Different doctrine. Both China and Russia utilize a defensive doctrine, while the US is largely offensive.

What is the offensive projection of a US carrier task force against subs, frigates and battle cruisers supported by air arm that utilizes supersonic and hypersonic weapons?
A sheep going to the slaughter, it shows the Pentogon delusion and their surprise at their lack of offensive power, if they get tangled with the Chinese and the Russians.

These upgrades make an already very capable aircraft more deadly to any potential enemy stupid enough to fight Russia. With ~ 65 Tu-22s, 16 Tu-160s and swarms of Tu-95s armed with anti-ship missiles, this force alone can destroy any NATO surface fleet, even the US Navy. I’m sure the paranoid, brain-damaged little boys and girls at the Pentagon and State Department (the Kosher chicken hawks) are already soiling their adult diapers.

Under this deep upgrade, the aircraft will be fitted with digital radio-navigation equipment, a new communications suite, and an updated weapon control system,” the source told Jane’s. A significant portion of the avionics suite will be common with that of the Tupolev Tu-160M2 long-range supersonic strategic bomber. Unlike the Tu-160M2, however, the Tu-22M3M will not receive a new engine.
https://thediplomat.com/2018/05/russias-upgraded-tu-22m3m-long-range-bomber-to-make-maiden-flight-in-august/

2nd Article also states the NK 25 Engines will be retained

iran should start manufacturing its own civilian jets, they already are making their own missiles and drones and other planes and stuff, as well as purchase the newest ones from russia, this is a winning combo :))))