One of the most advanced Russian spy planes has arrived in the coastal province of Lattakia. Most likely, the aircraft will track terrorist movements around the country. 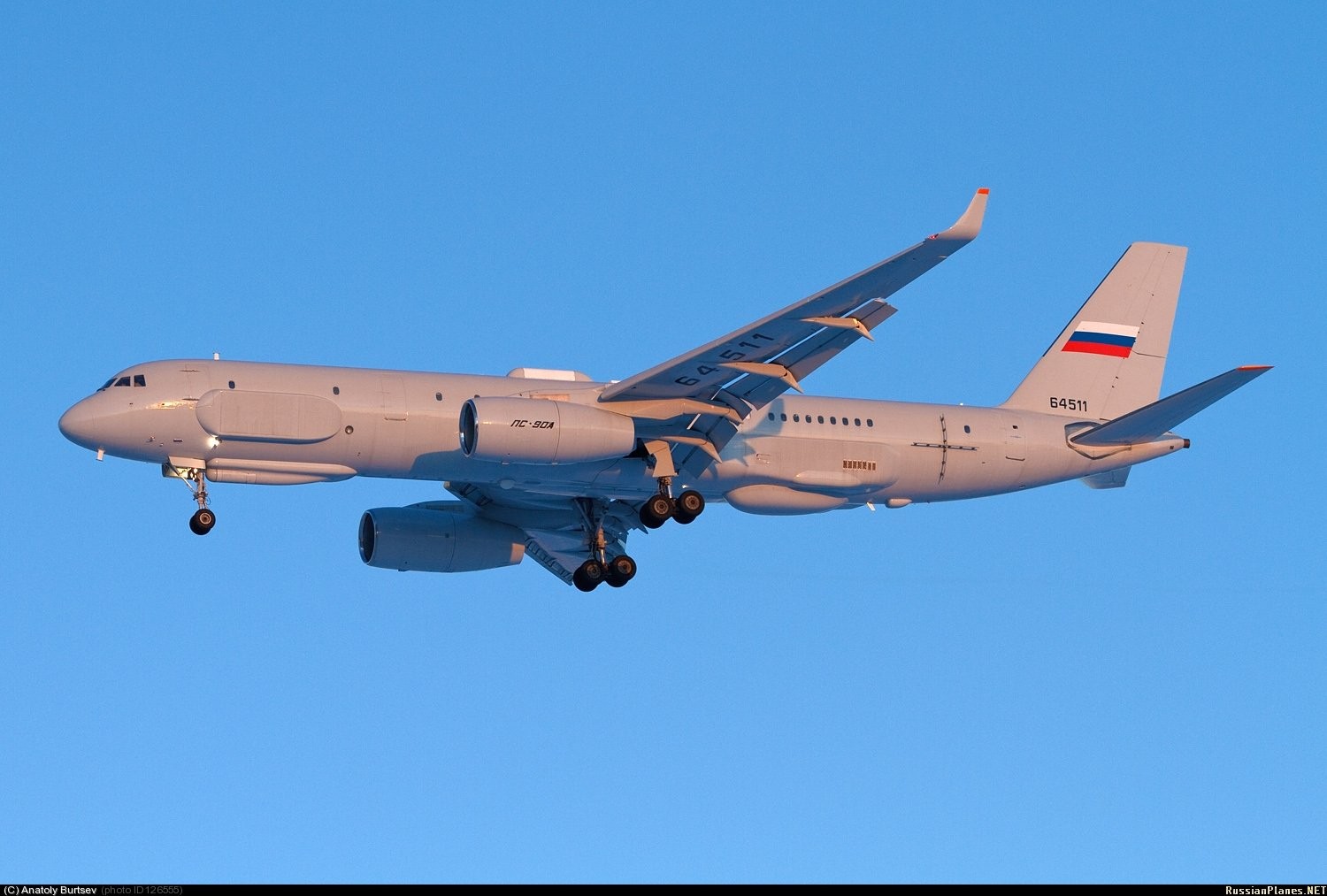 One of the most advanced Russian spy planes has arrived in the coastal province of Lattakia, the Fars news agency reported on Friday, citing military sources. As reported, the Russian Tupolev Tu-214R has arrived to the Hmeimim airbase outside the Syrian coastal city of Jableh in Southern Lattakia. Most likely, the aircraft will track terrorist movements around the country.

“The aircraft is known to carry sensor packages to perform ELINT (Electronic Intelligence) and SIGINT (Signal Intelligence) missions: the antennae of the Tu-214R can intercept the signals emitted by the enemy systems (radars, aircraft, radios, combat vehicles, mobile phones etc) so as it can build the EOB (Electronic Order of Battle) of the enemy forces: where the enemy forces are operating, what kind of equipment they are using and, by eavesdropping into their radio/phone communications, what they are doing and what will be their next move.”

Last week, the spokesman for the Russian President, Dmitry Peskhov, announced that sending more soldiers to Syria remains in place.

“When the decision was made to cut the number of personnel of our aviation contingent in Syria, you remember the statement of both the Russian president and the military, who said that the temporary infrastructure in Syria remained and therefore the contingent could be increased very quickly, if necessary. This will be done in accordance with the relevant tasks,” Peskhov said.

According to Dmitry Peskhov, “such prospects increasing Russian personnel in Syria were declared by the president rather long ago.”

Some parts of the Russian armed forces were drawn down in Syria in mid-March. At the same time, Russia left a sizable part of its air contingent in the country which helped the Syrian Army to liberate Palmyra, captured by ISIL, two weeks after the withdrawal.

At the time, the President of the Russian Federation, Vladimir Putin, made it clear that the right to re-deploy the Russian forces in Syria if necessary will be saved for Moscow.

Russia initially started to take part in the country’s conflict on the side of the Syrian government in last September, helping the government forces to advance on several fronts for the first time in months. Recently, Russia has received a US proposal for closer military cooperation and intelligence sharing on Syria. However, top US military officials said that any cooperation between the US and Russia in Syria would not be based on trust.

ISIS is easily defeated at this point. The point of these would be to track SAS-terrorist movements. If Russia does not use high end gear to track high end terrorist. Then what is the point? SAS killed American President Kennedy. Then they killed their own Princess Diana. And they are going to kill Syrian president Assad next. After that, it will be Putin’s turn to get murdered by SAS, unless he is man enough to finally put them in their place. Send the SAS-terrorist to God for judgment.

“However, top US military officials said that any cooperation between the US and Russia in Syria would not be based on trust.”

Naturally, as the US cannot be trusted….