The artillery pieces arrived via cargo ship in the Syrian port city of Tartus in the past few days, according to the article.

Fox News’ sources argued that the howitzers were set to be used in some ground campaign against rebel forces. However, they forgot to mention a wide area controlled by ISIS in Syria that will likely become the target of the upcoming government advance.

What a hipocrisy from Fox News! Fucking bastards!

It’s Fox News. They basically invented fake news before it became trendy for everyone to do so.

And where are the “SdKfz 251” to pull them towards the enemy?

The transport is on the way. 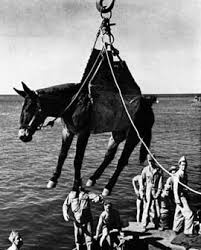 Functional Sd.Kfz. 251 is more expensive than all those howitzers. :) Syrians will have to use their own trucks/donkeys.

Irrelevant news, they sent these things back during the defence of T4 as well with some Russian advisers to train their new crews. Half the internet saw the videos of these old guns firing in the direction of ISIS with Russians screaming orders and profanities at the still green Syrian artillerymen. Imagine RT making a fuss about Saudi Arabia sending American supplied TOWs to Syrian rebels, pretending like it’s something new.

Yes these weapons are an old design but 122 mm. howitzer rounds landing on the enemy is always good for the war effort. Any assistance from Russia is welcome.

With improved new targeting system and drones for battle field damage assessment these can be perfectly lethal. Cheap and reliable, they are fine for small scale siege operations where you have to smash a dug in defence. and much cheaper to use than ATGMs.

I agree. Russian equipment is well known to be effective and not budget busting, prestige seeking like so much of the hardware in the US and lapdog NATO inventories. With all of the wars that the US and its lapdogs have started and are still involved in, the verdict is that gazillion dollar arsenals do not guarantee victory.