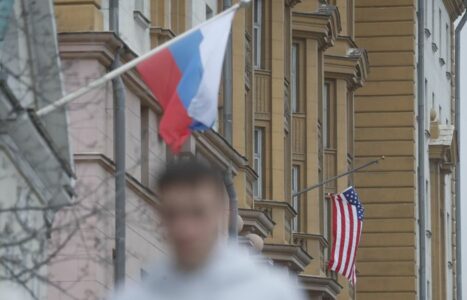 These Moscow’s decision has at least 2 reasons.

Firstly, the reliability of US Treasury obligations is steadily declining due to the actual deterioration of the economic situation and the risk of another financial crisis in the United States.

Secondly, relations between Washington and Moscow are critically deteriorating. As a result, the Kremlin seeks to avoid the blocking Russian state funds in the United States in the event of an armed conflict in Eastern Europe. For its part, through the sanctions threat, the United States is constantly signaling that it are ready to take this step. Previously, Washington has repeatedly done the same with funds of other states that were deposited in the United States.

Soon they will be all cried out https://youtu.be/yktCuCeK5mg?t=4

$ is going belly up.

Even as a small investor, I avoid investments in US companies and I also avoid as much as possible the purchase of goods, even cereals, from US owned companies.

Interesting. I thought Russia had dumped all of their holdings of US treasuries several years ago.

From a $180billion they went down to less than $2billion. Thats pretty much all They kept the pocket change.

In the meantime Russian Forex and gold reserves have increased from $380billion to $630billion.

Im surprised the Russians still hold US junk treasuries in two digit billions range. US debt is through the roof and inflation high, while the deeply corrupt administration or rather regime is either unable or unwilling or both to resolve or at least partly resolve the current problems – on the the contrary, it very much seems they want to crash the US economy. Sounds strange, but the imbecilic ideologues of the Biden/Harris regime are in the pockets of Wall Street, globalist oligarchs and multi natio…. criminal corporations. The deep/permanent state is probably responsible for most of it however, letting grade A+++ idiots like Biden, Harris, Blinken and such take blame for it.