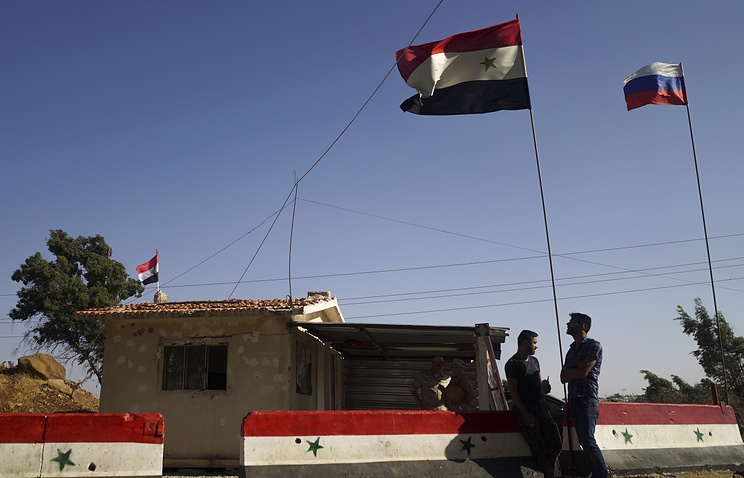 Russia says the US is responisble for the dire condition of 70,000 refugees in the Rukban camp in southeastern Syria.

“We think it is necessary to reiterate that the above mentioned refugee camp is located close to the American military base in the area of Al Tanf settlement,” Lieutenant General Vladimir Savchenko head of the Russian Center for Reconciliation of the Warring Parties in Syria told reporters on October 11.

He also urged the US to provide humanitarian access to the camp, to assist refugees to return to their homes and to close the military base.

According to the Russian and Syrian governments, the US has also established bases to train former members of ISIS and other terrorist groups in the closed area.

And who allowed the americans to go there and establish the bases they have and train isis and kurds?

They just went in, and it was a case of ‘what are you going to do about it? If Syria or Russia attacked them, the US would have come in in force. The US, and West in general, couldn’t give a toss for international law, Geneva Conventions or the UN. Syria is in a very difficult position, faced with large borders with three hostile States, Turkey, Israel and Jordan, and hordes (although a lot less now) of foreign Western proxy mercenary headchoppers who mostly entered via Turkey, though some through Jordan. Plus their country (and Iraq) are attacked by the unholy Western ‘Coalition’ of the US and it’s war criminal cronies, on the lying basis that they are fighting the ‘terrorists’, whilst ‘accidentally’ targeting Syrian and Iraqi government forces and their allies, and destroying their infrastructure.

you missed the point but is ok.

So what was your point?

my point was and is, for thinking people. If you are one of them, your question is not intelligent.

may be it is a matter of information and not intelligence. what am I missing?

well if it is information my friend he should do his home work and get informed? If on the other hand also you did not get the point then see as Empires Frontier suggested the headline and figure it out.

Everybody is well informed. This – of course – is propaganda biased.

You are missing nothing. The Pomitheas is in the Assads are all fine people to join and its best on their kneed.

If so, they will get´UN tents, UN food and UN medical care.

So when they are not, they certainly make a statements the blind for own terror in Damakus dont like.

Many kindof thinking people. Hens also are very bright in their own way,. They are killed all the time and we take their eggs all the time.

stop self flattering your self kid and learn not to waste pixel space when you have nothing to say, beside behaving like a smart ass, you not on that level yet.

I am sure hens compared to you, will be looking like a genius.

Think harder about the headline.

Its not about thinking at all. Thats solved years ago. Those did not prefare ISIS for Assad.

There is no point. Those people will not live in an Assad refugegee camp – never.

Find volunteer among russian pilots and fly couple of il76 there to drop aid. I doubt muricans will dear shoot them down.

Thats right. We dont they feed them themselves,id they still are Syrians citicens.

The us is using this restricted area to recruit, train , and supply Isis fighting in safa.