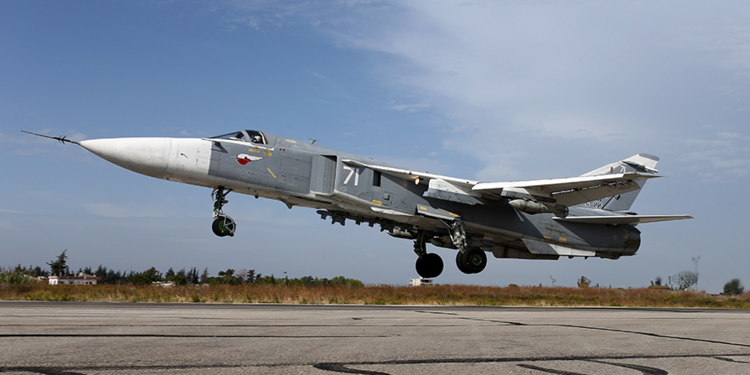 The Ministry of Defense of Russia announced on June 13 that its warplanes had attacked militias responsible for the recent mortar attack on a Turkish observation post in southern Idlib.

According to an official statement by the ministry, the airstrikes targeted four mortar positions and gatherings of the militants. The ministry said that Ankara had provided the targets’ coordinates and requested the airstrikes.

“The Turkish side asked the Russian side to help ensure the security of Turkish soldiers and attack the positions of the militants … The close cooperation between the Russian and Turkish leadership in the fight against terrorist groups in Syria will continue,” the ministry’s statement reads.

The Russian statement contradicts with the Turkish one, which claimed that the Syrian Arab Army (SAA) was behind the attack. Ankara didn’t provide any evidence to back its claim.

The mortar attack, which was the fourth of its kind, injured three Turkish soldiers and damaged facilities, equipment and materials inside the observation post.

The contradiction between the Russian and Turkish statements indicates that Ankara may have attempted to take advantage of the incident to increase pressure on the Damascus government.

Its more likely to be the NATO backed terror gangs. Qui Bono ? Those who wish to keep their plunder and control over Idlib in my opinion.

When the war ends, the warlord gangs paid by NATO and friends , will be out of a job. Unless of course the US re-locates them to Venezuela, Afghanistan or other areas that the US is keen to ferment trouble in.

Not Iranian, not rebels, definitely SAA. Unless the dumb rebels did it accidentally.

Turkey must withdraw its terrorists supporting army from Syria.Turkey can’t make conditions on a sovereign Syrian soil.Only Syria government can make decisions and conditions on Syrian sovereign land.Turkeys present in Syria is own risk for any eventualities because Syrian forces has to protect themselves against Israel=ISIS =Turkey =FSA =USANATO =SDF.All the foreign forces and proxies are at own risk.

Nice work Russia – wedging the Turks and HTS in Idlib.

‘funny’, as in “These rotten eggs smell funny”.

Erdogan proves ittime and time again: he is unreliable.

Russian army against Turkey army.Putin and Erdogan chat on the phone how their will build oil and gas pipelines and sell to USA, Britain, Germany and France.Erdogan planning how to used USA against Iran.Erdogan and Israel wants Iran oil and gas but if plans succeed. Erdogan will Turn Putin agaainst Israel to own everything alone.

The turks’ own assets appear to be biting the hand that feeds them :)

There is only one way to solve this kind of incidents – CLEAR THE FUUUCKIN IDLIB OF TERRORISTS!!! Please resend my request to Tzar Putin…

LOL LOL LOL, as if the rebels are going to attack the OB post, LOL LOL LOL. Go SAA, that’s the first of 12, now there’s just 11 and a half to go. The SAA need bigger mortars.