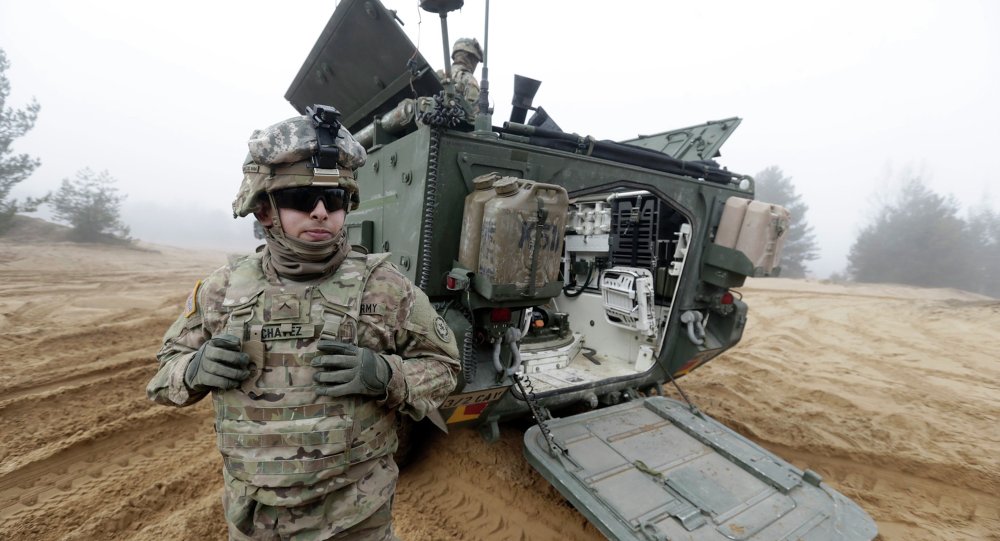 On November 15, Russian Foreign Ministry spokesperson Maria Zakharova commented on the recent NATO drills near the Russian borders: Trident Juncture 2018 and Anakonda. She stated that these drills have an obvious offensive message – the sides involved are preparing for offensive actions. The diplomat emphasized that some NATO member states are actively increasing their military presence near the Balitc Sea and the Black Sea. She slammed these actions saying that they are contributing to the militarization on the region.

On the same day, the Russian Foreign Ministry released a full list of military facilities established or used by the US and NATO member states in the regions located close to the Russian borders (SOURCE):

The number of US troops – approx. 3 thousand people (including units in the NATO multinational battalion).

The number of US troops – approx. 670 people (as part of the Kosovo Force).

The number of US troops – approx. 300 people

The number of US troops – approx. 38 thousand people

The number of US troops – approx. 12 thousand people.

In the Baltic and in the Atlantic, under the command of NATO headquarters structures, the 1st permanent naval (PFMG) and the 1st permanent mine action group (FPMG) operate, in the Mediterranean – the 2nd PFGG and the 2nd PFMG (5-8 ships each) Alliance Navy countries each). Allied Forces conduct a maritime security operation in the Mediterranean, and also take action in the Aegean Sea to observe and collect information on irregular migration.

Pfffffffft ………. ya kno, it doesn’t work very well when the entity you are targeting, pretty much knows everything you are doing. Dumb stuff NATO.

I’m pretty sure Russia has got it covered. They already told you if they perceive a threat that they will let loose. I’m personally holding out for the aliens to intervene and wipe out DC and NYC and the other selected scum in the world. Maybe give the rest of us a chance to wake up and to start over. I know its a big ask.

Sinbad2
Reply to  so

Those Poles are disgusting!

Poles are nothing more then willing doggy slave puppets to America/NWO elitists.

Its a funny speach.

Wow that’s a lot of nukes falling on Europe.

But look at the brighter side, once the Europeans are gone the forests and animals will return, like they have at Chernobyl.

European soil will recover from too many cappucinos and chocolates.

Shows who’s friends with who. There’s nothing new here.

Why not? Europe couldnt agree in anything but their many problems which have to be raised.