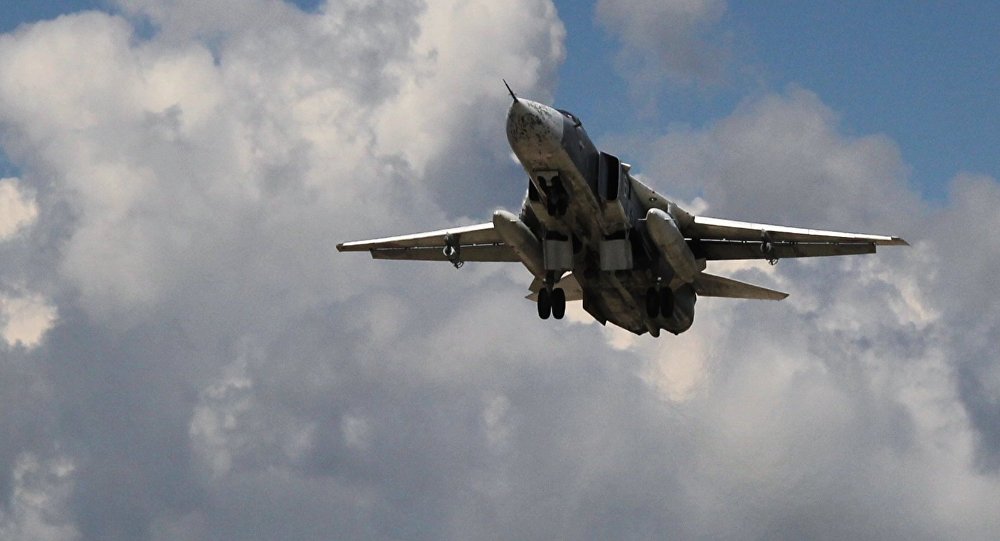 Russia suggests that the US-led coalition warplanes fighting against ISIS in Syria and Iraq should conduct joint missions with Russia in Syria.

“Taking such a step would help the progress of the peace settlement in Syria. Of course such measures have been agreed with the Syrian Arab Republic. Yesterday we started negotiating these measures with our colleagues in Oman and Geneva,” Russia’s Defense Minister Sergey Shoigu said on May 20.

Shoigu added that Russia began to coordinate these measures with “colleagues” on May 19, reffering a US center for peace negotiations based in the Jordanian capital and the city of Vienna, where UN-backed peace negotiations are scheduled.

“We’re proposing to the United States as a co-chairman of the International Syria Support Group to start joint operations of the Russian air task force and the US-led aviation from May 25 to plan and deliver strikes against Jabhat al-Nusra groups, illegal armed formations that are rejecting the ceasefire regime, and also against the caravans with weapons and ammunition, armed units illegally crossing the Syrian-Turkish border and in these operations exclude strikes against civilian facilities and populated areas,” Shoigu said.

The Pentagon denied the proposal.

“We do not collaborate or coordinate our operation with the Russians. As the Secretary [Carter] has said, Russian operations are supporting and enabling the Assad Regime which is like pouring fuel on a fire. We remain focused solely on degrading and defeating ISIL [Islamic State],” Sputniknews agency cites US Department of Defense spokesman Matthew Allen.

Russia is made to appear as the beggar in Syria, offering the less efficient and often terrorist supporting regime the co-chairmanship of operations. The Russian side really, really does not understand the US oligarchs and their Washington squeaks. They are successful playing from a stacked deck, not a clean one. The US did not lose in Vietnam, they did not lose in Korea, they are not losing in the Middle East – the arms trade is flourishing and has flourished, that is the US win. They do not care about Assad, they will paint God’s angels black if it will serve their US and Israeli oligarchs. Take heart – what goes around comes around.

Totally agree, Russian policy is erratic and counterproductive, you cannot pull out before obtaining a crushing defeat of your enemy, if you commit you go all the way, not looking to please an electorate or the very scum you are fighting, RUssian is legitimizing the American invasion by giving them a role and considering them partners.

What? The USA turned down Russian proposal? Serves them right for being so servile and groveling, shows that the USA is only interested in overthrowing yet another legitimate government and installing chaos instead,so they can steal as much as they can. This chicken shit makes me ashamed of being Russian, but they will never succeeded because we already showed such mettle , Comrade Stalin, please come back, or somebody with balls, please.

There is no future for Russians. Russian men have this fixation with strong men dominating them. Stalin killed millions of your fellow countrymen and yet you want more ass rape for your people. It’s little wonder you have no problem involving yourself in a civil war on the side of a hated unelected dictator.

Assad was elected. He is supported, not hated, by the majority of Syrians.

Of course you are right, but brainwashed people just cannot think, so it is uselessto spell out the truth to them.

I have no fixation for strong men, yes for strong women, you have no idea who Stalin was, you are brainwashed by murican propaganda..Russia is not siding with anyone in Syria, there is no civil war in Syria, it is an agression by the Zio-murican empire of chaos, they are overtly financing and equipping fictional ‘moderate rebels” i.e. terrorists, under the lie of fighting Daesh, their own proxy army. PUtin siad what is that Russian does not want, it does not want the destruction of the Syrian state, and the country to descend into chaos like Lybia, I cannot be clearer, even for a thick head like you.

* Did (or did not) Stalin murder million of innocent Russian in Gulag and the like?

* Putin is in Syria to ensure Russia keeps its bases in the Mediterranean. It doesn’t care about Syrians.

* This all began when Assad machine gunned down unarmed ‘Arab Spring’ protestors long before Islamic radicals were roaming the country. Poll after poll from refugees shows that most of them blame Assad for the problems in Syria.

* Contrary to the propaganda output by Russia, not everyone fighting Assad is a Islamist radical. FSA/Kurds with WESTERN airpower have taken back far more terroritory from ISIS than Russia/Assad, 90% of Russia bombs land not on ISIS but on rebels fighting ISIS and Assad.