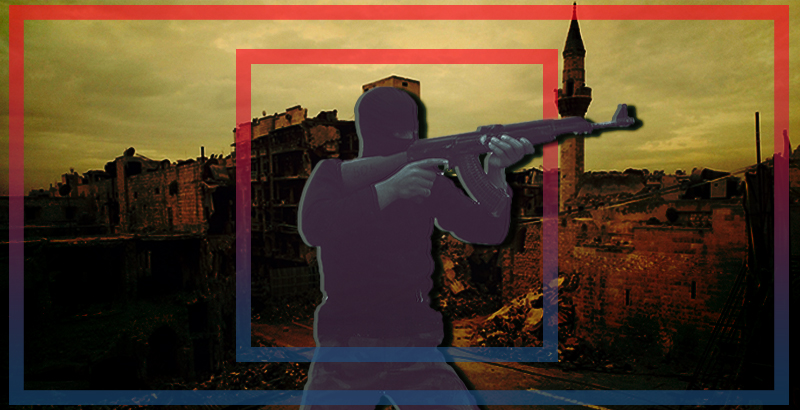 France, the UK, the US and Ukraine have blocked in the United Nations Security Council a Russian draft statement in support of efforts to separate terrorists and opposition in Syria, TASS reported, citing Russia’s Permanent Representative to the UN Vitaly Churkin said Wednesday.

“Some of our friends have again showed their true face. Three [Western] permanent members, which have of course been joined by Ukraine. They don’t know what they really want, it’s impossible to please them,” the Russian news agency quoted Churkin as saying.

Churkin added that he does not know what exactly they found to be wrong in the Russian draft statement. [SF knows: They found the idea to separate terrorists from ‘opposition’]

The Russia-proposed document welcomed the humanitarian pause in Aleppo city and contained a call on states having influence upon ‘armed opposition groups in eastern Aleppo’ to boost their efforts to separate all moderate formations from terrorist groups.

The ukrainians could not fight the separatists and got beaten badly. Now they want to get back to them by constantly voting against russian interests. It is the equivalent of getting beaten up irl and then badmouthing the other guy on Facebook :D

its not just votes, its also years of non stop slander, blockade on crimea and eastern ukrainian lands, murder of civilians (especially with left-wing views), destruction of anything associated with USSR in the country including monuments, streets names, rewriting history,etc. I wouldnt overstate claiming that UA has the most disgusting russophobic, racist,chauvinist, fascist, neo-nazi regime on the planet. Only reason it exists is because Russia pisses in pants and is too scared of backlash in washington & london if they’d do something about them.

The Nazi axis (US, UK, France and Ukraine) covers up the cutthroats in the UN, besides of arming and financing them. This is the real face of the evil.

The US UK and France genocided the National-Socialist. NS lead the fight against the UK-Empire and their imperial-Zionist-dreams.

I am sick and tired of reading your nazi tirades over here. Your nick shouled be Real Fascist Action. Another nazi to the ignore list.

The UN is doing Syria and Russia a favor. They are all terrorist. Just kill them all. FSA is the worst of the worst. AT least ISIS does not eat the corpses of the dead as FSA does.

Then screw them – bomb them all and no apologies!

What a failed state like Ukraine doing on the UN Security Council? I didn’t think parrots could join. The UN let alone have veto power.