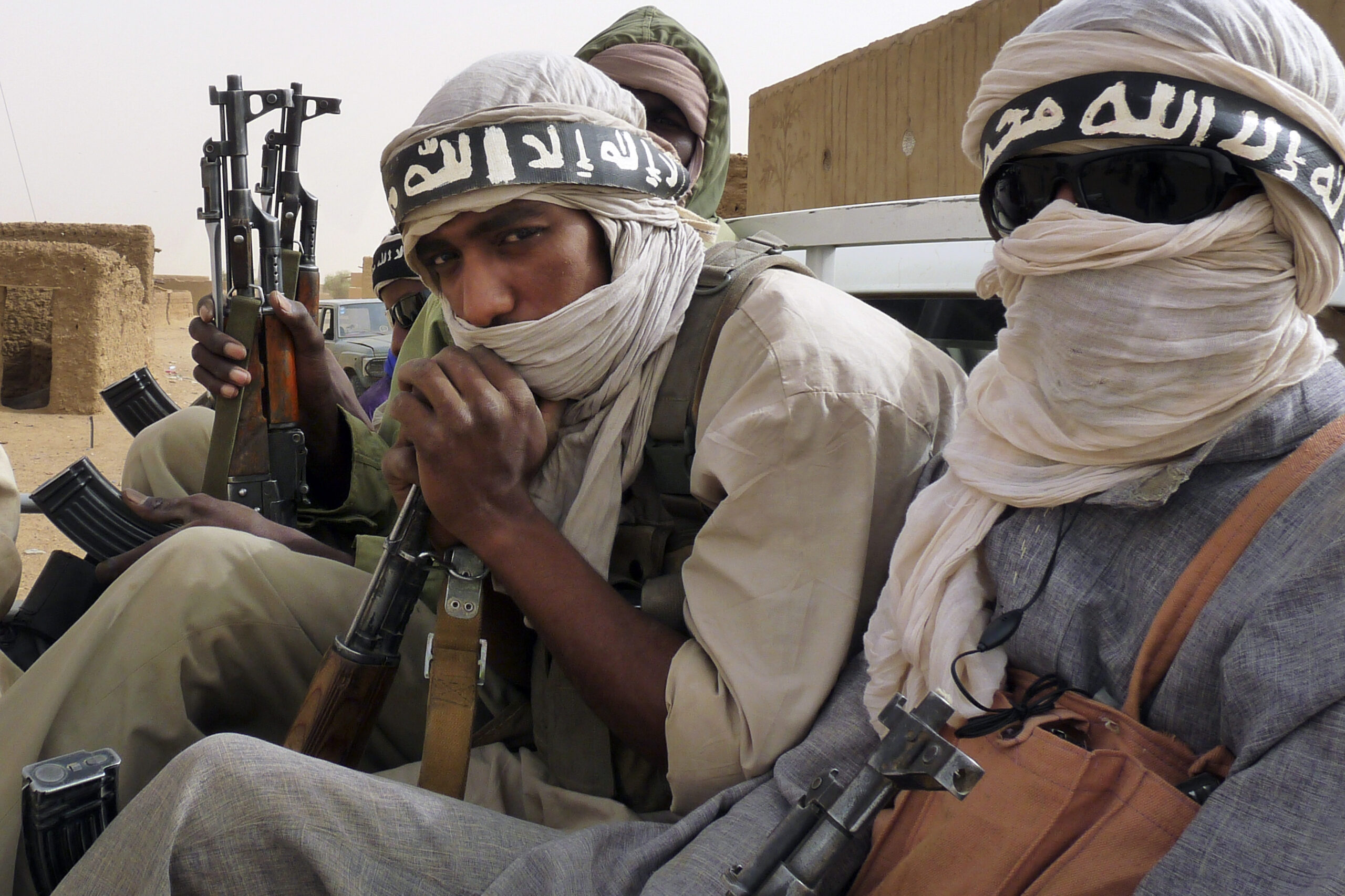 Russia will continue to support Mali in its fight against terrorism and will further help enhance its army’s combat effectiveness, the Russian Foreign Ministry stressed in a statement on December 7, according to the TASS news agency.

The Russian statement was a response to the December 4 terrorist attack in the central Malian region of Mopti. 31 civilians were killed in the attack.

“Moscow strongly condemns the barbarous act committed by terrorist forces in friendly Mali. We extend our sincere condolences to the families of those killed and wish the soonest recovery to those injured. We support the Mali government’s intention to take all necessary measures to ensure security, detain and punish those responsible for the crimes,” the ministry said. “Russia will continue to support collective efforts geared to combat terrorism in the Sahara-Sahel region, to offer practical assistance to the countries of this region, including Mali, in terms of enhancing combat effectiveness of their armed forces, training servicemen and law enforcers.”

The government even considered a contract with Russia’s private military company Wagner to crack down on terrorist groups in the country. The step provoked France, that maintains a large force in Mali, and the rest of the EU who threatened Bamako with counter measures.

In a statement allegedly released by JNIM’s news agency, Az-Zallaqa, on December 5, the terrorist group said that fighting “Russian occupiers” in Mali will be its priority. The group also promised to sue Russia and hold talks with the EU to unify efforts against Moscow. 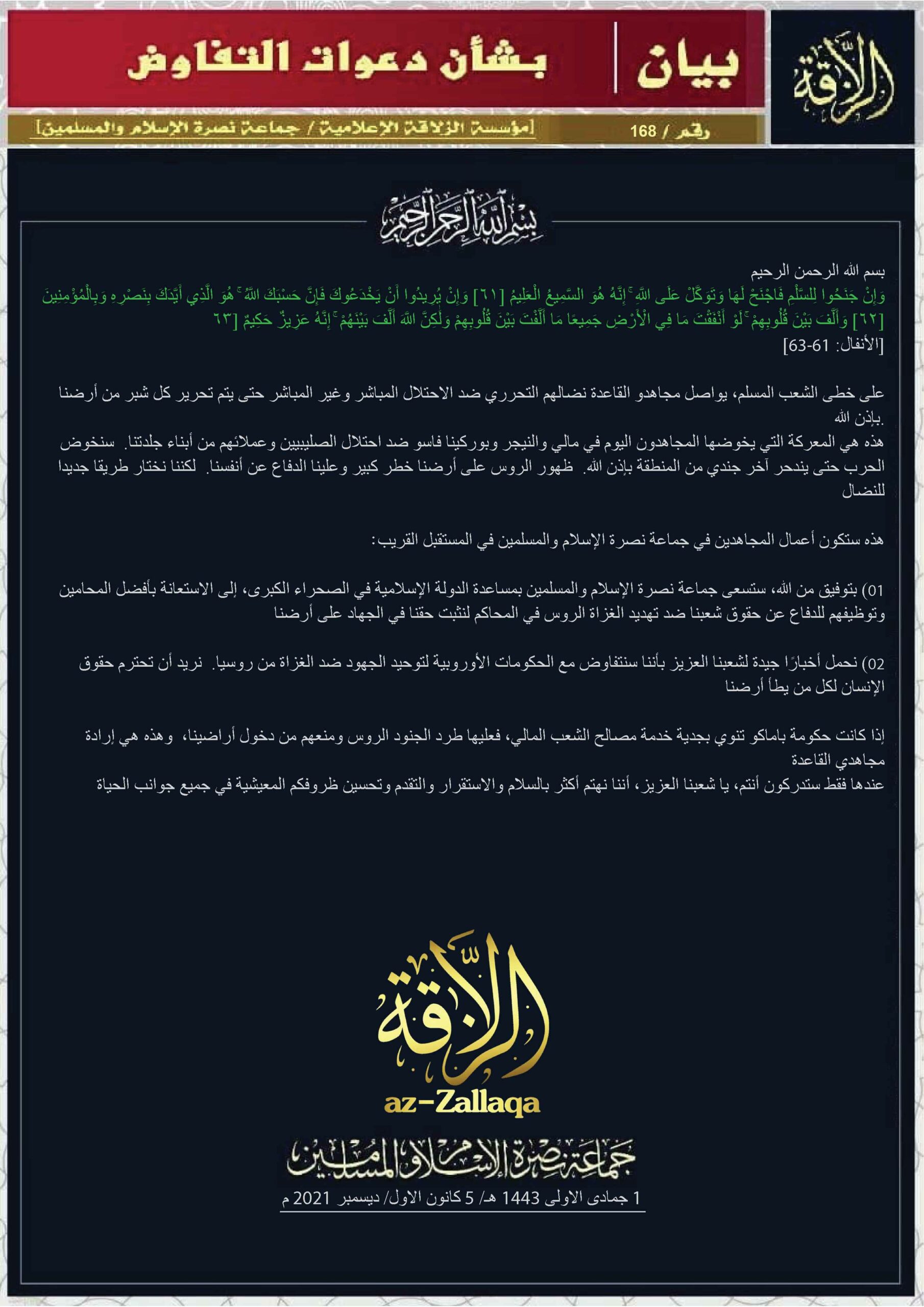 It’s worth noting that the alleged JNIM statement has not been verified yet. The statement may be nothing more than a propaganda stunt.

Despite all recent threats, the military cooperation between Mali and Russia will likely continue to grow. France, who is planning to minimize its military presence in Mali, is in no position to stop this cooperation.

Meanwhile, a terrorist attack claimed the lives of seven UN peacekeepers, three more were injured on December 8. The incident occurred in the Mopti district when a roadside IED went off on the route of the logistics convoy MINUS. The citizenship of the deceased servicemen was not specified by the international organization. No group operating in the region has claimed responsibility for the attack so far.

Al Qaeda and EU working together to destroy countries which seek to regain or maintain their sovereignty is nothing new unfortunately. But it’s interesting to see the terrorist officially acknowledge it.

But it says that this accusation is not verified.

The fact that AQ is corporating with France and eu trll you a whole lot about who finances and arm them. All controlled by the same Zio terrorist Jew master

Nobody is saying that AQ cooperates with France.