August 25th was a big day for Russian weapon-manufacturing, and especially internal orders, as several significant deals were announced during the Army-2020 forum.

The Russian Ministry of Defense and Rostec State Corporation signed a number of agreements totaling more than 300 billion rubles ($4 billion).

The agreements relate to the supply of new equipment and ammunition, the modernization of the existing fleet of military equipment, as well as new promising developments for the Russian armed forces.

Agreements with the Ministry of Defense were signed by the United Aircraft Corporation, Russian Helicopters, Uralvagonzavod and NPO Splav of the Tekhmash holding.

“Today, during Army 2020, we signed contracts for the supply of new aircraft, helicopters, armored vehicles for various purposes, as well as for the repair and modernization of combat vehicles, and for conducting advanced research for the Russian army. The implementation of the agreements will allow equipping the troops with advanced weapons, improving the tactical and technical characteristics of products already in service, creating the necessary scientific and technical groundwork for promising developments,” said Sergei Chemezov, General Director of Rostec State Corporation.

Deputy Minister of Defense of the Russian Federation Alexei Krivoruchko and the head of the UAC Yuri Slyusar signed an agreement for the supply of Su-34 bombers, Su-35 and Su-30SM2 fighters for the Russian Aerospace Forces (VKS), Su-30SM2 fighters for the Navy (Navy), Yak-130 combat training aircraft and Il-76MD-90A heavy military transport aircraft.

Splav will supply the armed forces with Tornado-S multiple launch rocket systems and 122-mm 9M22U rockets for the Grad MLRS.

Uralvagonzavod will repair and modernize the T-80BV battle tanks that are in service.

This will significantly improve the tactical and technical characteristics of the vehicle and bring it to the level of the T-80BVM battle tank.

A contract was also signed for the overhaul with the modernization of the BRM-1K command combat reconnaissance vehicles. Based on the results of the work, a number of technical characteristics will be improved, such as firepower, security, command controllability and mobility.

The Russian Helicopters holding has signed a contract with the Ministry of Defense for the development of a promising ship-based helicopter complex.

The new complex will become a universal sea-based helicopter with the ability to perform search and rescue, transport-combat and anti-submarine missions. In accordance with the approved schedules, the first stage of the R&D work is planned to be completed within three years.

The holding will also supply the department with two Mi-38 helicopters with a high-comfort cabin.

Finally, the Navy isn’t being left behind. The Russian Ministry of Defense signed contracts for the construction of two large diesel submarines of projects 636.3 and 677.

Construction will be carried out at the Admiralty Shipyards.

Furthermore, a contract with the Zvezdochka Shipbuilding Center was also announced for “the repair and modernization of Project 971 nuclear-powered submarines of the Northern Fleet.” Submarines of project 636.3 “Varshavyanka” (according to NATO codification – Improved Kilo) belong to the third generation of large diesel-electric submarines and are among the quietest in the world.

The submarines have a length of 74 m, the maximum displacement is more than 3,900 tons. The robust hull provides the submarine with a working depth of 240 m and a maximum diving depth of 300 m, a cruising range of up to 7,500 miles.

The main armament of the submarines is the Kalibr-PL missile system with cruise missiles of the same name, which are launched through torpedo tubes from a submerged position.

I vote for the BTR-80 that even after 50 years of service can knock off the Americunt MRAP shitcan anytime and also the venerable MI-8 for scaring the living shit out of the Americunt dumbass cowards. 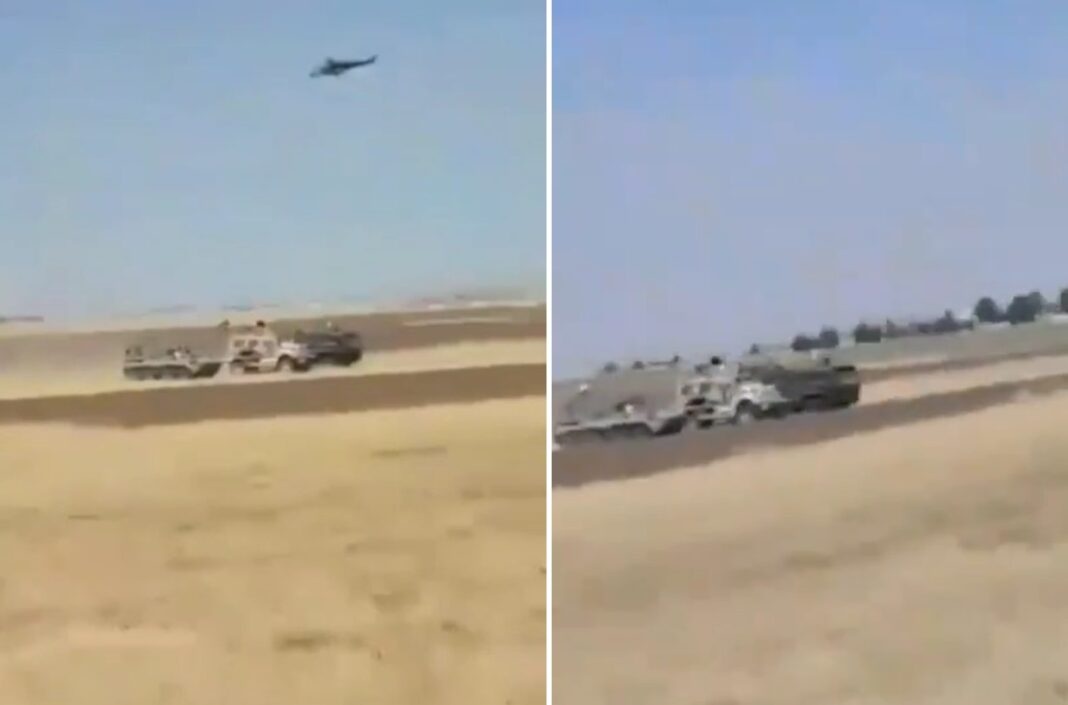 Hind MI-24 workhorse gunship providing low cover to the Russian forces after ramming Americunt arseholes off the road :) Russian fist pump out of the Tigr window. 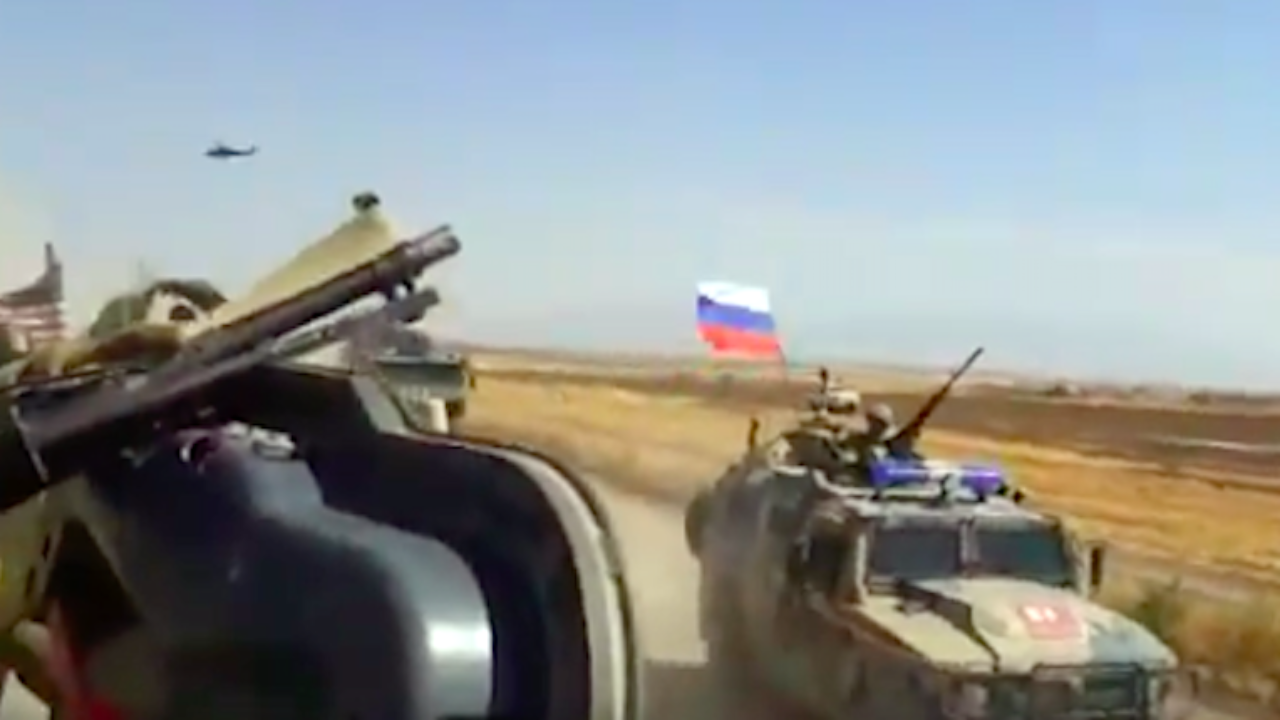 Showing of with what RUSSIANS DID ?!
Those on whom you spit so much you stinking asshole!

And where is mighty Iran?
Hiding somewhere as usual and leaving fight to SAA and Russia?
Why are you KISSING Turk ass and not helping SAA in Idlib?
And how exactly did you “clean” Deir Ez-Zorr and ,desert when the terrorists were running all over the place?!
It took SAA and Russia to do the job properly and not counting on useless Iran !

Article brings absolutely nothing concrete in numbers and details.
Hardly worth reading at all.
The biggest news for this year is published by TASS already:
“40 ships to enter service with Russian Navy this year, Putin says”

Land and helicopter version of “Hermes” has 20 km range, version for planes – up to 100 km with higher point of start and longer booster.

Thanks Anton.
20 km is HUGE range! They can hit any Western tank without being in danger ever!
I suppose they’ll use drones for locating targets.

This complex has long story. Its concept was shown 20 years ago. But if you have long range missile, you need long-range radars also. Mi-28 and Ka-52 now have new radars to use “Hermes”. The best Pentagon’s anti-tank missile (JAGM) has 15-16 km range for helicopters and 28 km for planes.

OK radars for ground missile so it is not like TOW missile and all other anti tank missiles?
I was thinking that to be something simpler but it is obviously something bigger more complex system with that range.

Where the hell is the “radar”‘ mounted; together with missile?
So all goes on some kind of vehicle, a truck or smaller maybe?

Russian military gear and tech is currently the best on the planet both in performance, reliabilty and price.
They are 20 years ahead of anybody.

It is like a Swiss watch, Russian weapons just keep on ticking. These BTR-80 are Afghan war veterans but still can best any Americunt junk. Near Jalalabad I saw a RPG 7 round at 100 yards literally bounce off one. The same was proven a couple of days ago when the CIA dumbass cunts IED just punctured the tire.

BTR is outdated, even 82th version. It can’s resist heavy machine-guns (12,5 and 14,5 mm) at the side, it has low blast protection from mines. “Boomerang” is much better and has unmanned turret (module). Mine resistant trucks have better protection than BTR series, especially “Ural”-“Typhoon” and KamAZ-“Typhoon”. Most protected version of “Tornado-K” has armor against 30-mm shells from the frontal projection. 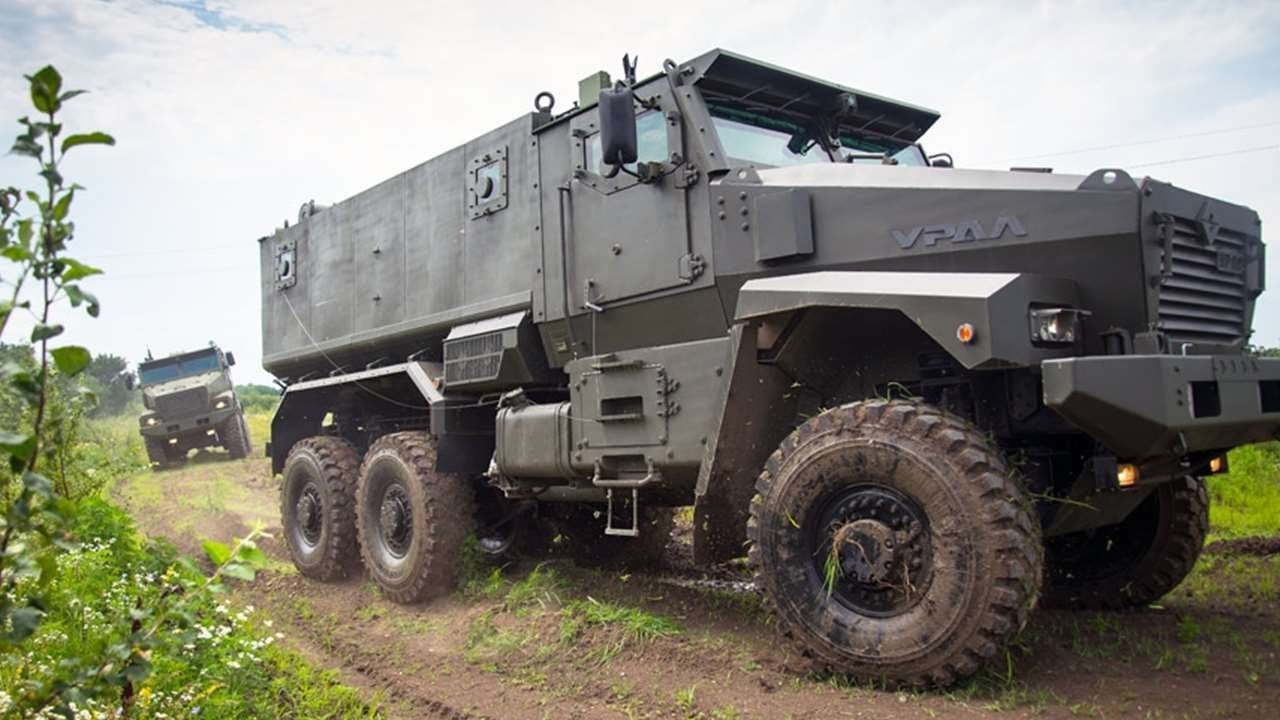 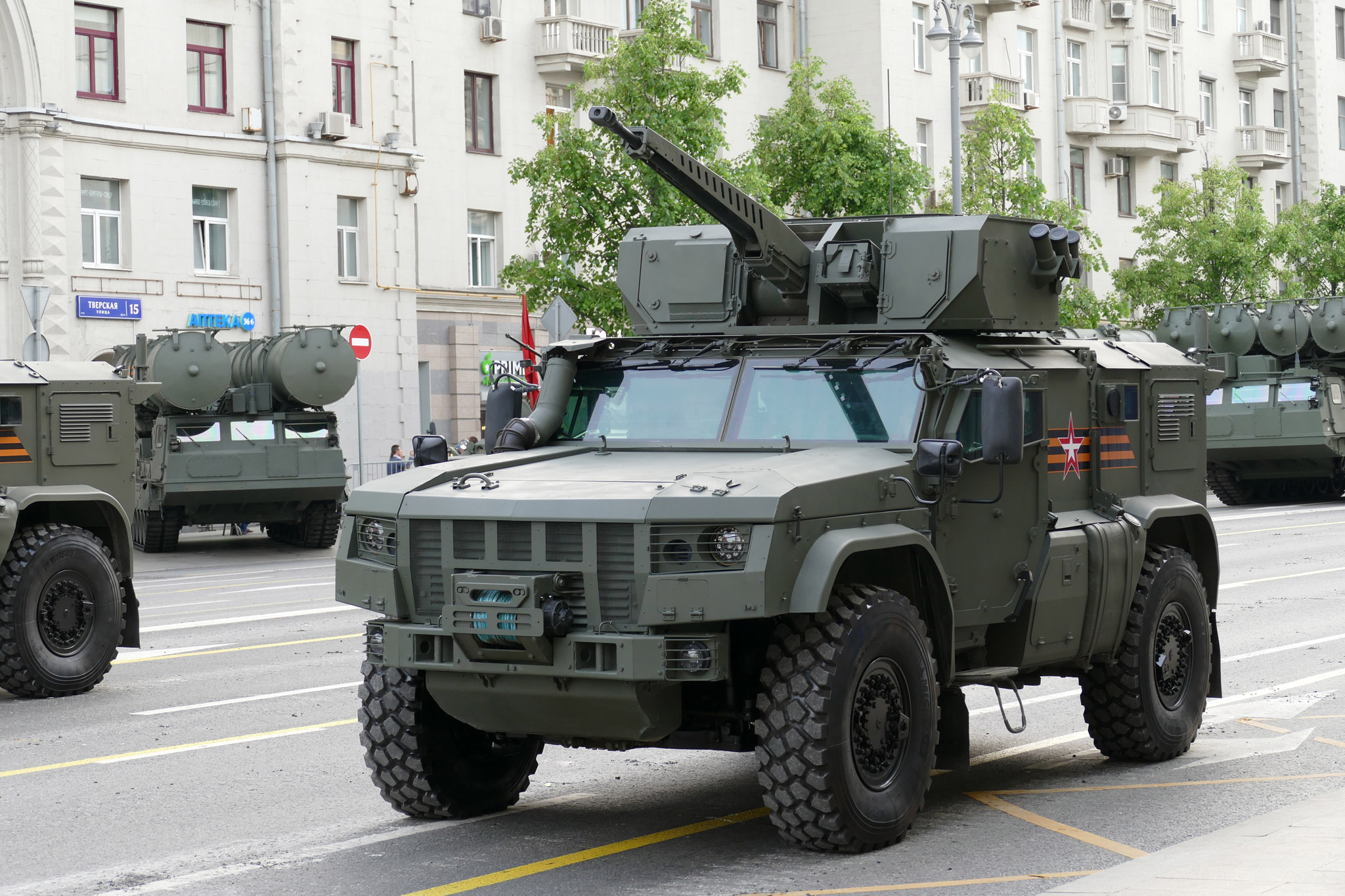 yes these are big deals..

We like the BTR-80 better, it just showed one of these MRAPs who’s boss. You can keep your Typhoons

Special for you, fans of BTR. BTR-82AT with gun module and anti-cumulative fence. Not the best in every area but do the job they’re intended to perform. The biggest problem with NATO countries is that their armoured vehicles are getting to big, they have greater armour protection but less passive protection like ERA and APS. They have less firepower and sacrifice mobility for thicker armour. The reason why the Abrams has such a large turret is because the turret is the first part of a tank you see at a distance, the designers really wanted the turret to have lots of armour protection.

There is also a large shift of labour under “affirmative action” which discriminates against whites in favour of “coloured” people in the hiring process, despite having fewer qualifications and not performing as effectively at their jobs when compared to white and east Asian employees and job applicants. This could account for greater mechanical unreliability among their 4×4 and 6×6 MRAP armoured trucks.

There is also the inflated cost of vehicles, equipment and armaments, especially from the Bush era and thereafter.

Yeah, there’s a shift of labor, all right.
A shift from US labor to offshore labor.
Has not a damn thing to do with “Affirmative Action,” you fool. USA is
de-industrialized, and has been for decades. Even war production was moved offshore. Components are imported, and assembled here, some of the extra sensitive technology is still manufactured here.

you are missing something…you have tractor drivers…
https://www.youtube.com/watch?v=rIaCGCrNVB4&feature=youtu.be&t=1415&fbclid=IwAR37r_VUvcSiA9oAC5P0qO2DS85v-MKhCwgZGOrEHFGSva0Shd-NDCE2zNI

Dry up your salty tears :)

salty ..ı was at the beach today,sea was salty..ı am not sur you know the meaning of ”beach”…

Why wouldnt I know it…?
But you dont know the meaning of salty tears…

to know the meaning of salty tears ı have to keep jealousy or envy..ı am not a such guy

Than why to troll my comment?
If Russian tech wasnt the best Turkey wouldnt buy it.
Especially facing threats from the U.S.
But Turkey is buying Russian SAMs and reactors among others.

not trolling…your tech is partially best not in all areas..

In most areas.
Also its very reliable and cost effective.

it has to be cost effective to compete with west counterparts..

was is das?you are latter who entered market after 2000…you have to position yourself with cheaper-better motto…and yes.. s-400,kornet,bumerang,pkm,lobaev sniper rifles are better and cheaper..(and all 4++ generations jets)

A minimum 20 years ahead.

The wickedness of the outlawed U$ empire is pushing the whole world into a mad arms race, while all that money could and should be spent on people’s well-being.

everyone is forgetting the silent-hard-workers which ı call real heroes.. 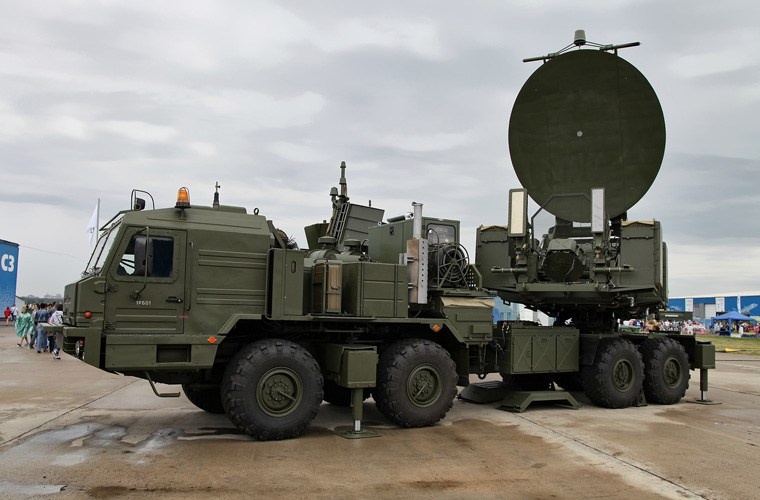 Well, it appears almost each one of my platforms carries some form of ECM

Let me suggest you Kinzhal, Poseidon and my favorite – Club-K

amerikans do not innovate—they steal from China, Russia, Germany…amerikans cannot compete—they bribe nations to buy their inferior weaponry…the only amerikan warplane that can compete w Russian is f22