Moscow has offered to the EU to pay the post-war recovery of Syria. 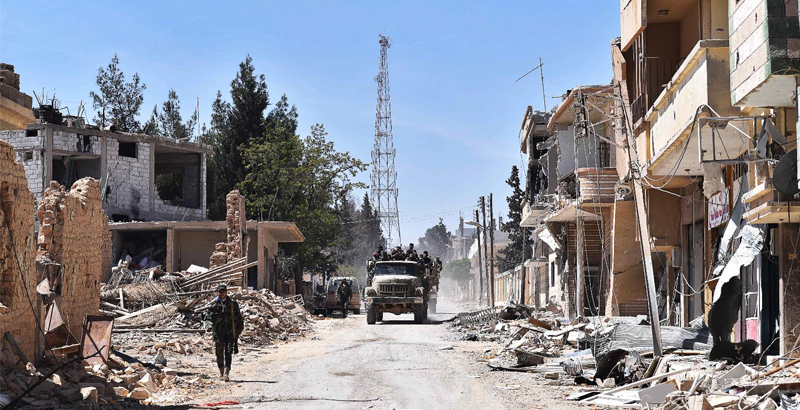 Russia has proposed to the EU to allocate tens of billions of dollars for the post-war reconstruction of Syria, however, Western countries have embraced this idea unenthusiastically, the Financial Times newspaper reported.

Last week, at a meeting with EU ambassadors in Moscow, Russian Deputy Foreign Minister Mikhail Bogdanov said that soon, the main topic would be the post-war reconstruction of Syria, which would require tens of billions of dollars. At the same time, the Russian official noted that Russia is not going to finance the restoration of the destroyed country.

“The Russians really do not want to inherit a completely destroyed Syria,” one of the Middle East-based diplomats said.

However, as the Financial Times noted, the Moscow’s idea has not met support of Western countries. They point out that a part of the damages was caused by airstrikes of the Russian Aerospace Forces on major cities, including Aleppo. In addition, the UK, France and the Netherlands continue to believe that the war will not end if Syrian President Bashar al-Assad stays in power.

It is expected that the issue of financing of the restoration of Syria will be discussed during peace talks in Geneva and Astana, where Russia intends to represent its version of a draft of a new Constitution of the country.

The newspaper claims, citing Russian experts on the Middle East, that currently, the main obstacle to political talks on Syria is the Iran’s position. “The Trump administration’s hard line on Iran could be very useful in getting Iran to make concessions. But for that we need a clear message from Washington,” a former Russian diplomat told the newspaper.

In April France will have another president :D

It is either the EU and the West can save a bit of face or Iran, Russia and China rebuilt and make Syria a permanent member of silk road.

spot on my friend

When the war is over and bashar is finally out the money will come from the gulf states. Russia is poor and won’t rebuild but Eu may help also USA

This is likely the most rational way to go.

It is nice of the Russians to offer the West to pay for cleaning up the mess.

And rebuilding can be done much cheaper when utilizing the people of Syria themselves. Kurds have rebuild parts of Kobane, restarted schools, rebuild houses, redone part of the infrastructure, without any money from whatever government, not even their own and in the face of being embargoed by their friendly neighbour in the north.

“EU may help also USA” – dude, i mean seriously this is not about help or something, these countries are directly responsible for all the slaughter and destruction in the country, it is not their help but duty to not only rebuild it but also apologise for what they have done, would be helpful to cancel the blackade on the syrian people too and stop slandering syria via their MSM propaganda channels and THIS is the ABSOLUTE MINIMUM THEY SHOULD DO.

It was Nato aggression in Syria that caused this destruction. Nato doesn’t pay, it destroys.

Strange. Was it not a certain turkish PM in 2011 saying he was going to pray in Damascus?

Was it not the Gulf states and KSA funnelling arms and money into the rebels?

Was it not Iran and Russia funnelling arms and money to Assad.

Sure, the US played a part too.

Go ask for money from all mentioned above, incl US.

Btw, do not ask for money, it will only disappear as graft. As for reconstruction and do your own part too.

Quneitra still not rebuilt after Israel destroyed it, so my suggestion would be to intentionally keep Idlib, Eastern Ghouta, Eastern Aleppo, Ar-Raqqah, most pro-terror suburbs of Homs and currently Jihadist-held part of Daraa in ruins and for it to be only reconstructed for terror-sponsors of US/UK/France/Qatar/Saudi/Turkish money, if not then all the homeless people can be just send as refugees to these countries.

That’s not a smart way to end civil war in my opinion. In the end all syrians should rebuild together syria should be reunited under a DEMOCRATIC government not dictator i think if Bashar leaves now it would be very wise As long as he is leading there won’t be peace.

What did you smoke?