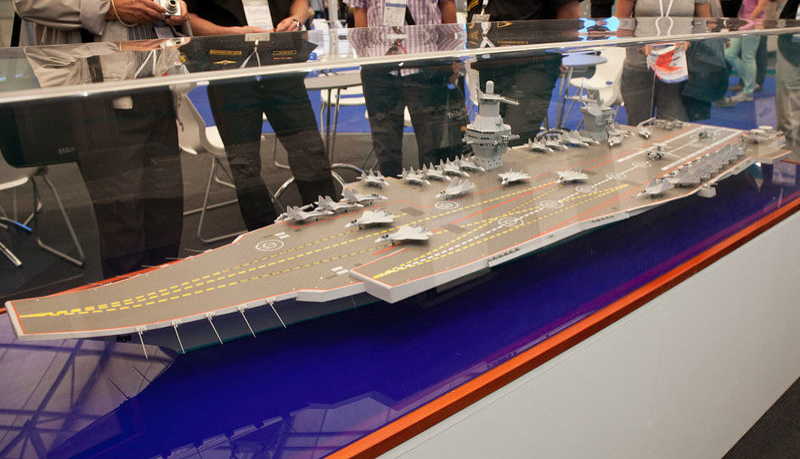 Russia has offered India to buy its nuclear aircraft carrier “Storm”. The offer for purchase was made during the discussion of the transfer of technology for India’s future nuclear aircraft carrier, INS Vishal, holding between India and the USA, Defense News reported on July 11. A diplomat from the Russian Embassy allededly confirmed this information, and said that the offer was made last week.

At the same time, India plans to build its second aircraft carrier, INS Vishal, which will be nuclear-powered.

“The choice [India’s] is to have a nuclear powered carrier, technology for which will not be easy to get, and international help will be needed by India in the design and development of the super carrier,” Defense News quoted the independent defense analyst, Nitin Mehta.

A Kiev-class carrier-cruiser, renamed INS Vikramaditya, has already been overhauled and modernized for the Indian Navy by Russia. According to Nitin Mehta, they “gained valuable insights into carrier-building techniques through that process.” Now Delhi has still to decide whether to buy the super carrier or build it locally.

Meanwhile, India has also received the offer for the electromagnetic aircraft launch system (EMALS) by the USA. However, this launch system does not include nuclear propulsion technology and is unavailable for the Russian carrier.

The era of the Aircraft Carrier is coming to a close. India is too late in the game. They are too expensive to build and maintain. Another fact is that in todays world, they have to stay at a great operational distance from coastlines as they can be sunk now, thus their aircraft have a very limited range due to fuel and some other factors. The situation in the South China Sea confirms the limitations of Carriers.

If you are going to wage nuclear war, then everything is outdated bar the nuclear warheads and the launchers.

Exactly, What does India need a carrier for?

going to the source article is always valuable. sometimes they edit stuff out. in this case, the longer and more clear source piece says how they are not going to buy it.