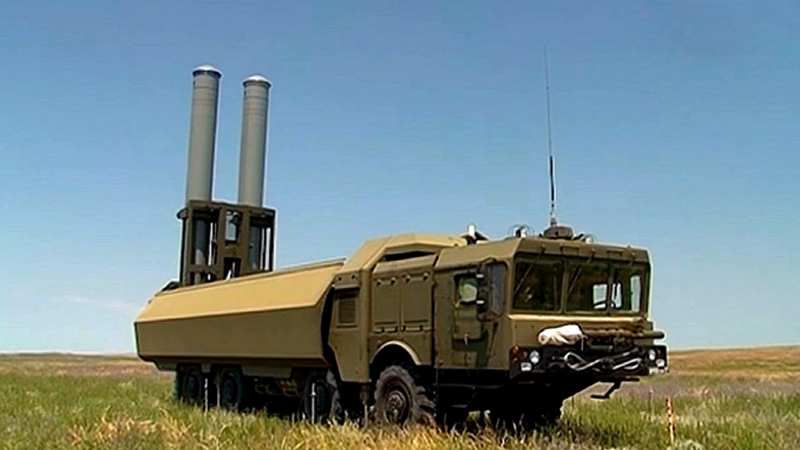 In September 2016 a strategic joint-corps military exercise known as “Kavkaz-2016” is planned to begin. As per Ministry’s of Defense information the coming exercise will become one of the key events that aim to strengthen the country’s defense systems on South-Western and Southern strategic fronts. Specially for this in the Caucasus and Black Sea regions new military infrastructure will be developed and new equipment and armaments will comprise a significant part of the stationed troops’ arsenal. The main purpose of the military in 2016 will be to learn and explore new military capabilities as the country’s armies prepare for the exercise.

Meanwhile, according to our sources, it is planned to use ground troops and the Navy not only for drills and exercises, but also to solve real combat situations, such as the one last autumn in Syria.

Whether there will be new combat tasks allocated for this and on what theaters of war this will happed, the military does not say. Although, if we remember some history, the preparation for the drill in on itself already has a known scenario. In 2008 such strategic maneuvors happened literally a month before Georgia began it’s military aggression against South Ossetia. Then, the drills that were conducted in the exercise, the troops continued to work on in an actual combat situation as the Russian military moved to force Georgian aggressors into signing a peace treaty. Nowadays, while at the end-of-the-year meeting in the Ministry of Defense, in December 2015, Vladimir Putin ordered the military to act in such manner as well. “In the forecoming exercise the stress will be on preparing the troops for actions in harsh conditions, including in alpine areas”, – the Supreme Commander said.

The same tasks were appointed on 12 January 2016 on Armed Forces’ chiefs of staff and corps’ commanders general council by Defense Minister Sergei Shoigu. “As a hard international situation emerges, the drill must show us our capabilities in defending our national interests on the South-Western strategic front. All troops must be training in inter-corps communication and cooperation in actions on tough terrains, especially in the mountains, considering the terrorist threat coming from that area”, – he noted. The Defense Ministry now clarifies that Russian Army’s actions to prepare for the exercise will be conducted together with the Air Force, Navy and Army units working as one. This means, the inter-corps activities will be conducted not only in the mountains themselves, but also in the Black and Caspian seas.

Flotilla that aims at our shores

Tasks on such a scale are connected with increased NATO’s activity in Europe and aggressive Ukrainian plans in the region. Last year, American, Canadian and French (As well as other NATO countries) ships were present in the Black Sea on rotational basis almost constantly.

NATO’s general secretary, Jens Stoltenberg, kept reminding that “increase in the military activity of the alliance and increase in it troops’ numbers is connected to Russian actions in Ukraine and Georgia”. In the last few days Romanian government introduced a document that states that the country’s military will begin talking with NATO allies about creating an allied flotilla in the Black Sea. Discussion of this question will begin in February this year. It is likely there will a positive (for NATO) outcome in this.

The mass media is already actively discussing this idea and makes predictions that apparently the new NATO flotilla will consist of American, Italian, German and Turkish ships. Military expert, captain first rank Oleg Shvedkov thinks differently. He agrees that the flotilla is very easily created. But he insists that the flotilla will consist of the regional Navies – Turkish, Romanian, Bulgarian and probably Georgian and Ukrainian ships that aren’t part of NATO. American, French and other NATO ships will act in this flotilla only on rotational basis. He also insists that the presense of other non-regional states in the area is regulated by international law and Montre convention. The latter document allows foreign ships to remain in the Black Sea not more than 21 days.

In any way, the naval face off in the Black Sea can increase. And according to Shvedkov’s calculations, the combined military might of NATO in the refion will probably significantly outnumber the Russian Black Sea Fleet’s might. “But we shouldn’t make a tragedy out of this. Russia has enough land force and shore capabilities in the region as well as in the sea (aviation, missile, etc) to be on par with anything NATO will be capable of introducing there. And these capabilities always grow.”

His words are confirmed by what the defense ministry has to say about this. According to Black Sea Fleet’s chief of public relations office, captain 1 rank Vyacheslav Trukhachyov, only in the last year the Black Sea Fleet was given 15 more newest combat ships. Also, there are already two small missile ships “Serpuhov” and “Zelyonyi Dol”, that have “Kalibr-NK” as their main missile armament. These missiles are also carried by the submarines “Novorossiysk” and “Rostov-na-Donu”, that also carry out their combat tasks around the Russian shoreline. “Kalibers”, as we know, have combat range of about 3 000 km. This is a mighty weapon that the Russian Navy demostrated by launching them from Caspian Sea all the way into Syria to strike on ISIS.

We need to note, that their effectiveness is already been appreciated in the Pentagon. In American naval intelligence’s report (Office of Naval Intelligence, ONI), that was unveiled on the last day of 2015 by Bloomberg, it states that Russian plans to locate long range missiles on small platforms will “Add more problems for American and allied Navies”. It also talks about a significant increase in threat level to NATO’s ground infrastructure. “The missiles allow its platforms to permanently have their ground target under threat of an impending attack against it.”

What Russia will respond with

NATO will also have to worry about Russian Air Force. According to PR office of the Southern Military Disctrict, recently, in Rostov-on-Don, the new commander of the 4th Air Force Army and AA defense was introduced, lieutenant-general Viktor Sevost’yanov, he was appointed to the position by Putin himself. Before this, he was in charge of the same Army in the Central military district. But the Southern district is a district that has been taking part in combat for a while now, so it must have an experienced commander. Lieutenant-general graduated from Armavirskoe Air Force pilots’ academy, Military AA defense academy of Marshal of the Soviet Union G.K.Zhukov, Military command academy of General HQ of the Armed Forces of the Russian Federation. He served as a pilot-instructor, commander of a squadron, commander of a regiment, commander of a division in North Caucasus, Far Eastern, Zabaikalskiy, Privolzhko-Uralskiy districts. 2010-2015 – he is in charge of Air Force and AA defense troops in Central Military Districts.

It is under his leadership the aircraft collection in the region will be modernised and perfected. Currently, the aviation regiments located in Rostovkaya oblast and on the Kuban, are accepting more modern and modernised vehicles (fighters and fighter-bombers) Su-30SM, Su-24M, Su-34 and also Su-25SM sturmoviks and Army aviation helicopters Mi-8AMTSh “Terminator”, attack helicopters Mi-28N “Night Hunter” and Mi-35 “Crocodile”. Their range allows them to control the entire Black Sea. Such capabilities are also posessed by two operational tactical rocket complex brogades armed with “Iskander-M”, that were formed in the Southern District. According to official sources, these brigades are capable to hit any target in the range of 500 km, as in, they can control all naval infrastructure of the plausible enemy in the Black Sea.

The media reported earlier, that fighter aviation regiment in Crimea will also be modernised, and in Djankoy, not far from Ukrainian border, there will be helicopter units created to support the Airborne Assault Regiment in the region. In November 2015 Ukrainian Sovbez voiced its concern when there were about a thousand “polite” paratroopers sent from Ivanovo to the border.

So what new can we expect from Russia on the South in 2016? Sevastopol’s city council accepts the possibility of a new naval base being built in Crimea on the lake Donuzlav. If we remember the history, in 1976 to 2014 the base was under Ukrainian authority. The small flotilla there consisted of ground assault ships, rocket boats and supply ships. After Crimea entered Russian Federation, Donuzlav was closed down. But, probably not for long. Increase of Black Sea Fleet’s combat capabilities require increase of the naval infrastructure.

“To talk about Donuzlav being a naval base again is still too hard. But we already have a task to create a military group capable to conduct tasks and missions in the region. As we develop this group, Donuzlav’s question will probably arise”, – RIA Novosti cites the city governor.

He also told us that currently works are being done to modernise already existing naval infrastructure on the peninsula. It is done with joint effort from the Black Sea Fleet and Southern Military District. According to the city governor, while Crimea was under Ukrainian authority, the peninsula’s military infastructure was not developed. After Crimea was returned to Russia, military installations in the area entered a phase of active reconstruction, and the Black Sea Fleet began to spread its influence.

The Fleet’s PR office informs that according to rearmament programme 2020, as of 2016 the Black Sea Fleet will accept into service project 11356 guard ships “Admiral Grigorovich”, “Admiral Essen” and “Admiral Makarov”, two diesel submarines “Staryi Oskol” and “Krasnodar”, and several supply and maitenance ships. Probably some of them will be sent over to Donuzlav to be stationed there. As per Spetsstroi Rossii statement, the docking areas and other infrastructural objects are nearing completion in Novorossiysk. They will serve mainly for the Fleet’s submarines. Also, a new Novorossiysk Naval Base is nearing completion on the Northern Shore of Tsemesskaya bay.

Therefore, Russia, even with all its economical problems, will continue to modernise and perfect its troops and naval units in the area. These preparations, of course, need a lot of resources. But Moscow is ready to allocate them to guarantee its safety.

Read more about the Russian military capabilities in the Black Sea:

I would answer by a detonation of tactical nuke in the middle of Black Sea. a precision placed EMP could take out the communication equipment of NATO there.