Russian President Vladimir Putin said that Russia is a “distinct civilization” in an interview that aired on May 17th.

Despite the interview being aired just now, it took place back in September 2019, however it is still quite adequate.

Putin told state television that “it would be impossible to secure the future of our civilization” without artificial intelligence, genetics and unmanned vehicles, as well as hypersonic weapons.

“Russia is not just a country, it’s really a separate civilization. If we want to preserve this civilization, we should focus on high-level technology and its future development,” Putin said.

“These new technologies have appeared and they will change the world, they’re already changing it,” he added.

Russia should watch other countries’ innovations, Putin said, “but never forget that we have a solid base of our own.”

“Without basic science, research schools and engineers, we would never have had the modern types of high-tech weapons that no other country in the world has, at least as of yet.”

The interview was published two days after Putin chaired a meeting on developing genetic technology in Russia.

The meeting was organized to review progress on the project that was launched in April 2019.

“To begin this discussion, I would like to note that it took us several years of consistent efforts before we could launch this complex, large-scale project. We reinforced the existing research schools and created new ones, including with input from our compatriots at leading research centres and universities. It is important that more and more young, promising scientists work on genetic research. We dedicated significant resources to developing this sphere and to life science in general, including human resources, as well as financial and institutional assets.”

Under the project three world-scale genome centers are being established.

During the videoconference, Putin compared Russia’s genetic technology program to “nuclear and space exploration projects of the 20th century.”

Putin decreed in 2019 that all Russians are to be assigned “genetic passports” by 2025 under the national chemical and biological security strategy.

Scientists said at the time that these “genetic passports” could refer to either genetic markers used to identify individuals or a detailed list of individual health risks and traits.

This is necessary, as Putin outlined at the May 15th meeting because it would assist in improving people’s lives and ensuring a cleaner environment and countering diseases.

“I believe that Russia must have an entire range of studies on the prevention and treatment of serious diseases, increasing life expectancy, improving the environment, cleaning our soil, water and air, as well as using biofuels. In other words, we are talking about a whole range of sectors, from medicine and agriculture to manufacturing and energy, where genetic technologies offer colossal opportunities.”

He concluded that genetic technology was promising, but however it needs to be properly supervised.

“There is another important matter. We all understand the power of genetic technology. For this reason, we need to build a system for supervising its use. Working together with those involved in the programme, we need to balance the freedom of research, technological development and interests of the people with the imperative to protect their interests and comply with ethical norms. I am asking you to proceed from this premise.”

Russia has big advantage as it graduates more hard sciences and engineering post grads in the world. It’s economy is very high tech, particularly in aerospace R&D. It needs better intellectual property security as its excellent weapons systems from the Kalashnikov to Space Rockets are being cloned by Americunt and Zionist cheats and liars. Should not have sold the S-400 to the Turkey arseholes either.

Putin tries to find genetic similarities between Iranians and Italians

Finally he’s coming out of closet as a clone

I didn’t know that Lenin liked to lick the stomach’s of little boys.

He did from the inside

Yeah, the problem with politicians is that they throw everything into an basket and cant or dont understand what they just threw into this basket, the Genetic reaseach is more or less an joke, genetics are just the toold that is required for the cell to function, the real deal is what program this DNA gets it information from, thats, Putin, is something entirly different than just indentify what moves, this is kindergarden stuff, the information is much more vitale and so far I can judge, we know almost nothing, remeber when they drool something about DNA, as the Apha and Omega, for an system to work, that narrative isnt true, since humans comes from one single cell, ONE cell, then how come the DNA then manages to create an entire begin, when the DNA remains unchanged thru the etrie process, that means something else witch is much more fundamental is driceting this and greates the bluprint to with direction and action an DNA takes, its the same problem with mapping, the terain contral the map, this are two distctly different aspects.
I am talking about Information, where do that come from and what does it do.
Design Beyond DNA: A Conversation with Dr. Jonathan Wells
https://www.youtube.com/watch?v=ASAaANVBoiE&feature=youtu.be&t=2484
Now, Mr. Putin are you at least by large updated.
Then when this is said, the new mRNA vaccine is having its parts, taken from what, an Dog, or Monkeys, whom cares, the problem witch is relevant, is do this indeed at all work, or do this incetion of parts of an DNA system that comes from an entirly different begin, witch is used to work with an totaly different load of and guided by, different infromation, I really dont know, do you, do this work at all, or is we talking about something else, and this else is for me scary, its an russian rulet with out genetic system, period.

Otherwise, I have no objections, but do notice the dawn fall of western education, and my Wife whom is Russian sees with horror that Russia is falling down the same drain that we have, where we have lost the fundation of mechanics etc to physics, etc, etc, to math, and that will have ripple effect further up into the education of our youths.
Second, if you really want to have genies, you never know where they come from, they are born highly randomly and usually because our system of education witch is created to be broadest possible, some of this dropps out, not because they are dumb, but their methodic etc to perspetions dont and cant always be picket up by the educational system, we have a lot of people all over the world that proves just that, and we need something new, an change in the paradigm of education to make this people present, and they are highly spesific, and focused in their knowledge, some children shows that early, and they need to be taken care of, I dont mention any spesific, when the range is more or less in everything from music to technology.

And I hope that Russia isnt to focused on the west, you have everything you need inside your own nation.
Have an nice day and take care.

Didn’t your Russian wife translated you what Putin was saying in the video about Russian science? Hope she will.

There has been big efforts to destroy Russian traditional schools after the old British Empire model.
Among others Soros has also invested heavily in Russian education to brainwash liberalism into children.
I am not updated whether Putin stopped this development and back to traditional old Sovjet schools who was among the best in math, or Russian schools are mixed or still infested.

Before 1968 you learned all basics in gramma, math, physics, etc., which developed civil engineers who could make everything.
Finance and liberals smashed this by fragmentation and soft values after 1968.

lol ))) ha ha ha Soros taught Russian children, did he? lol Do you have any idea how Russia and its education system works? lol You sound like an imbecile.

You are right. This is also the reason why so many leaders and politicians appear childish in their world view, mode of speak and understanding of reality.
Im curious, what is your wife’s impression about the Russian public school situation today?

Though it will die and be subsumed by coffee coloured savages in the west, white christianity will be safe in Russia.

The decline in Russia’s total population is among the largest in numbers, but not in percentage.So good luck 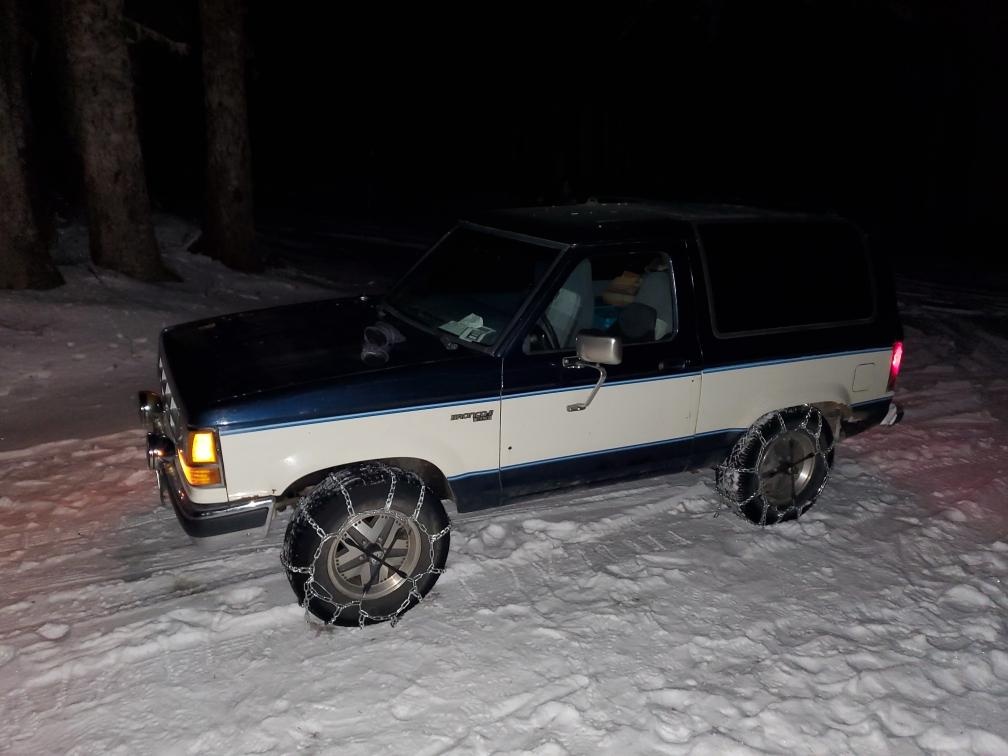 I’m planning to resume mountain forest contact ops at elevation soon now that I have my life stabilized from the scamdemic assault on humanity. That is purportedly being used to overwrite our genetics with an RNA vaccine as part of the omnicide of our species. To kill us all and replace our carbon based lifeform with a Satanic silicon based designer slave species cast system based on Talmud rabbinical Judaic ideology implemented by criminally insane Jews, Zionists and their collaborators.

The preparations for the resumption of contact ops will include getting the wheels off of the Bronco ll and checking the disc brake pads on the front and brake shoes on the rear for wear and looking for hydraulic fluid leaks. And replacing worn parts as needed. In some places in the mountains going over the edge of the narrow, and in some cases damaged roads will result in the vehicle falling dozens, hundreds or thousands of feet before it comes to a stop. I’m also planning to change to gear oil in the transmission and differentials and replace it with synthetic oil and anti wear additives.

I can see understand the humor and scepticism in my endeavors that others have. I’m playing the cards that I’m dealt on my off planet transportation efforts. And adapting accordingly. I’m not apologetic for that. If I fail, it won’t be from a lack of trying.

Oh my gosh. Putin sounds more like Hitler than ever. For the past ten years he has squandered Russia’s future.