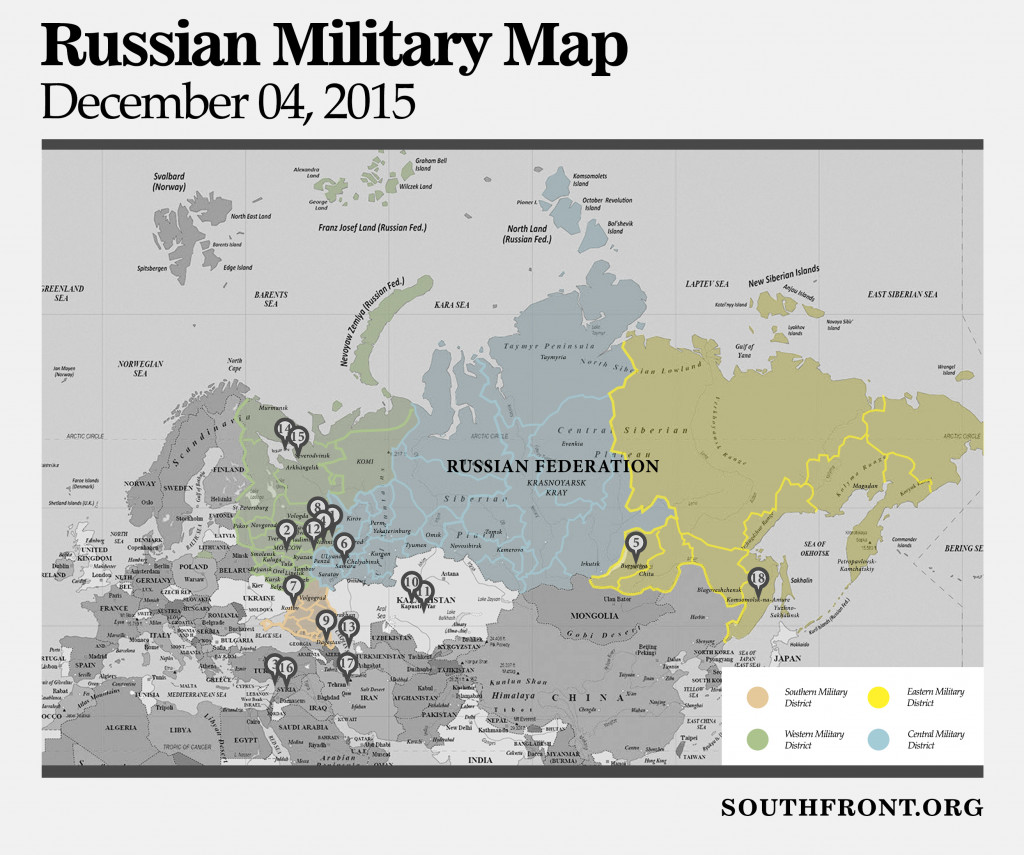 Compiled and analized by J.Hawk exclusively for SouthFront

As 2015 is drawing to a close, it is clear that the Russian military is expecting 2016 to e at least as eventful as this and last year were, with the still-smouldering conflict on the Donbass and the still-escalating war in Syria, both of which could conceivably demand a Russian military commitment up to and including a sizable ground operation. Considering the combination of the recent developments such as the formation and/or reorganization of combat units, the intensification of combat training, and the emergence of growing number of units staffed solely or mainly by contract soldiers, it is evident that plans for ground operations are being developed, so far only as contingencies. However, 2014 and 2015 showed that Russian contingency plans can very quickly become a reality should the situation demand it, and 2016 is not likely to be different.

The Il-86VKP is a “doomsday aircraft” intended to command Russia’s nuclear forces in wartime. It can also fulfill the role of a command aircraft for conventional military operations. 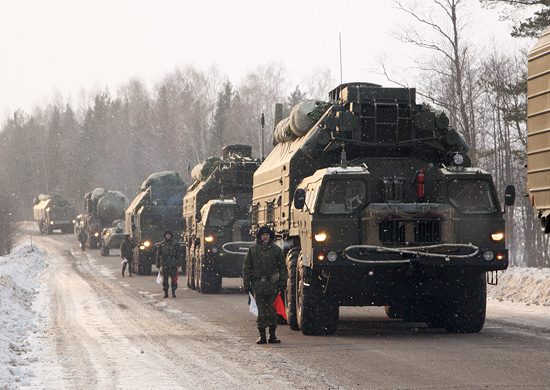 While RVSN units conducted about 100 alerts and battle drills, this number will increase in 2016.

Syrian journalists Russian Naval Infantry supported by T-90A MBTs and Su-25 attack aircraft conducted offensive operations against militant strongpoints at various sectors of the front. There were separate reports that Syrian mechanized units were using T-90A MBTs which, however, could have been crewed by Russian servicemen. 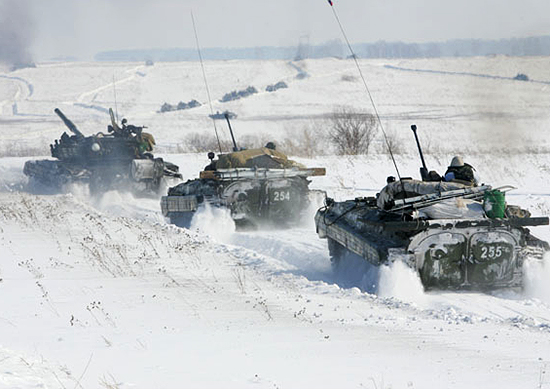 The brigades will train at the brand-new Western Military District training area patterned after the US NTC. The training will entail live-fire exercises, maneuver training, as well as a brigade-level force-on-force exercise. It appears this is a reactivation of cadred unit, as it is equipped with mostly self-propelled systems of older manufacture, including 122mm 2S1, 152mm 2S5, and 204mm 2S7 SP howitzers. More than 85% of the brigade’s soldiers are serving on multi-year contracts as opposed to one-year draft, suggesting the brigade is intended for deployments outside the country.

The Central Military District motorized rifle brigade that is optimized for peacekeeping operations will implement a new training regimen for units that are fully staffed by contract soldiers. The combined individual and unit training cycle is scheduled to last 10 months.

Army aviation bases at these locations are being transformed into army aviation regiments and brigades in order to improve their ability to plan and conduct combat operations.

The newly formed battalion is part of the Supreme Command reserve, and there are plans to form a battalion of this type in each combined arms army. The battalions’ mission is to facilitate offensive operations by overcoming enemy fortified defensive positions.

The Dagestan-based motorized rifle brigades received 400 contract service soldiers this year, or 35% more than in the previous year. In general, contract-staffed units tend to be the more likely ones to be sent on missions abroad, and the increase in contract staffing in this case reflects the desire to improve readiness and deployability of affected units.

The missile systems were used to destroy maneuvering ballistic targets. 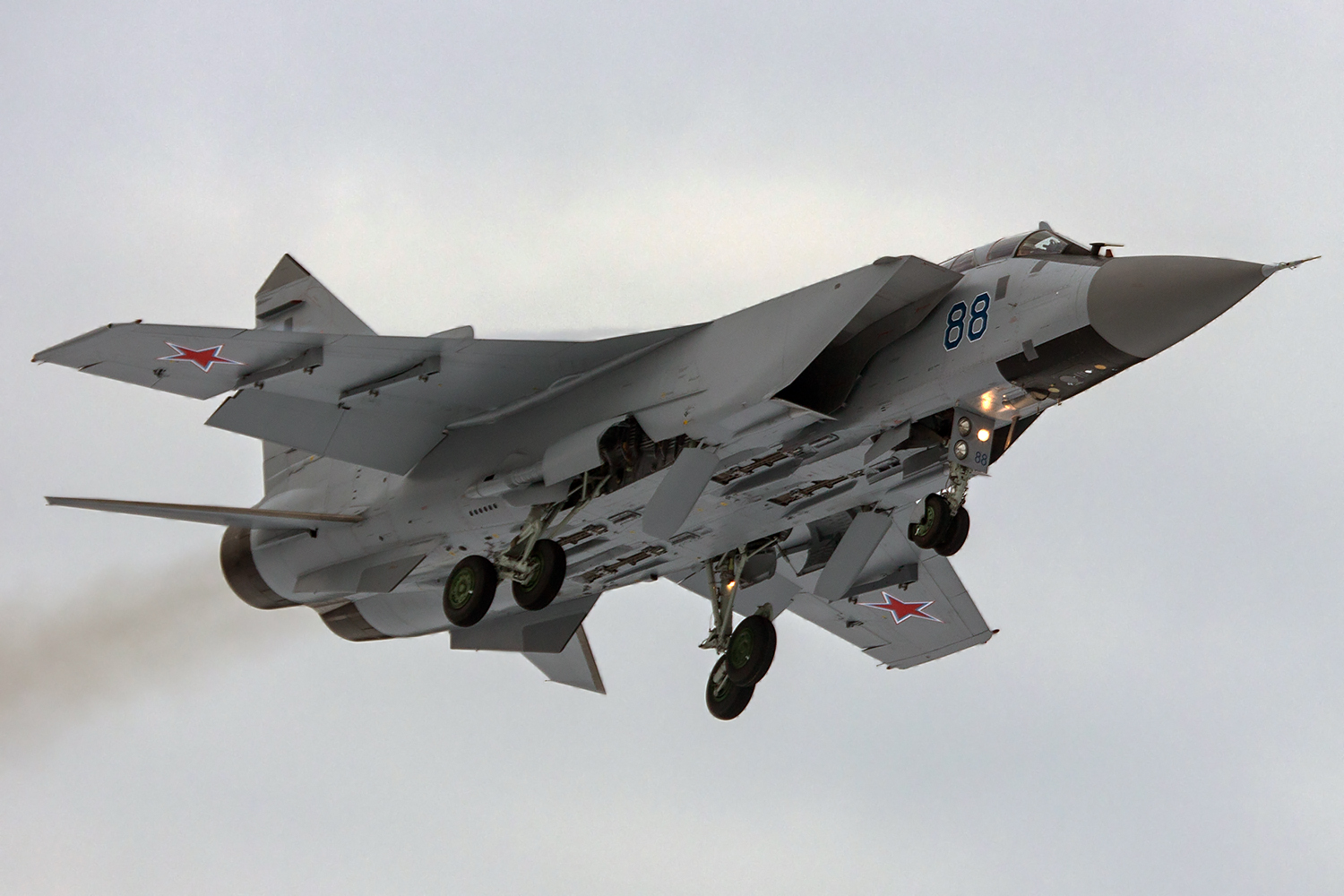 Russia’s VKS currently have 72 of these modernized MiG-31s, with additional 50 to be upgraded by the end of 2018.

Three Buyan-M missile corvettes sortied into the Caspian Sea on December 1 in order to perform an unspecified combat mission. Each of the three ships carries 8 UKSK launch cells for Kalibr cruise missiles, which have been launched at ISIS targets in Syria during earlier sorties, most recently on November 20. The latest cruise took place against the backdrop of growing tensions between Russia and Turkey over the Su-24M shoot-down over Syria. It was not reported which missiles were used in the tests, however, since they were launched against both land and sea targets it’s fair to conclude that both the Oniks and Kalibr systems (with the ship having 16 dual-purpose launch cells that accommodate both of these weapons) were used. 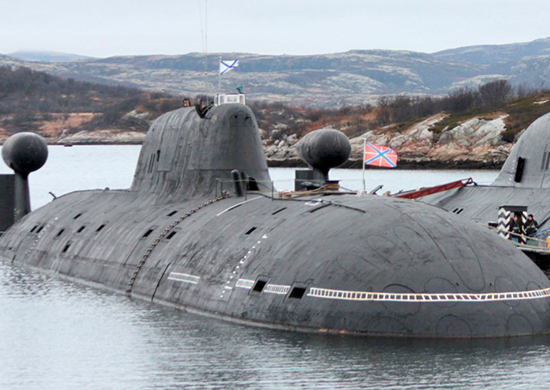 The torpedo- and cruise missile-armed Gepard returned to service after an overhaul at the Sevmash shipyard.

16. Russia’s presence in Syria to expand

The Russian government apparently secured Syrian government’s agreement to allow Russian forces to use another major airbase in Shairat in addition to the Hmeimim one. The reports suggest a significant increase in the number of Russian aircraft based there, indicates additional capabilities such as the A-50 airborne early warning aircraft being deployed, and hints at an increase in ground personnel as well. The 12-aircraft contract is worth $3.1 billion.

NOW this is what I call big bear kick ass ..go Russia..