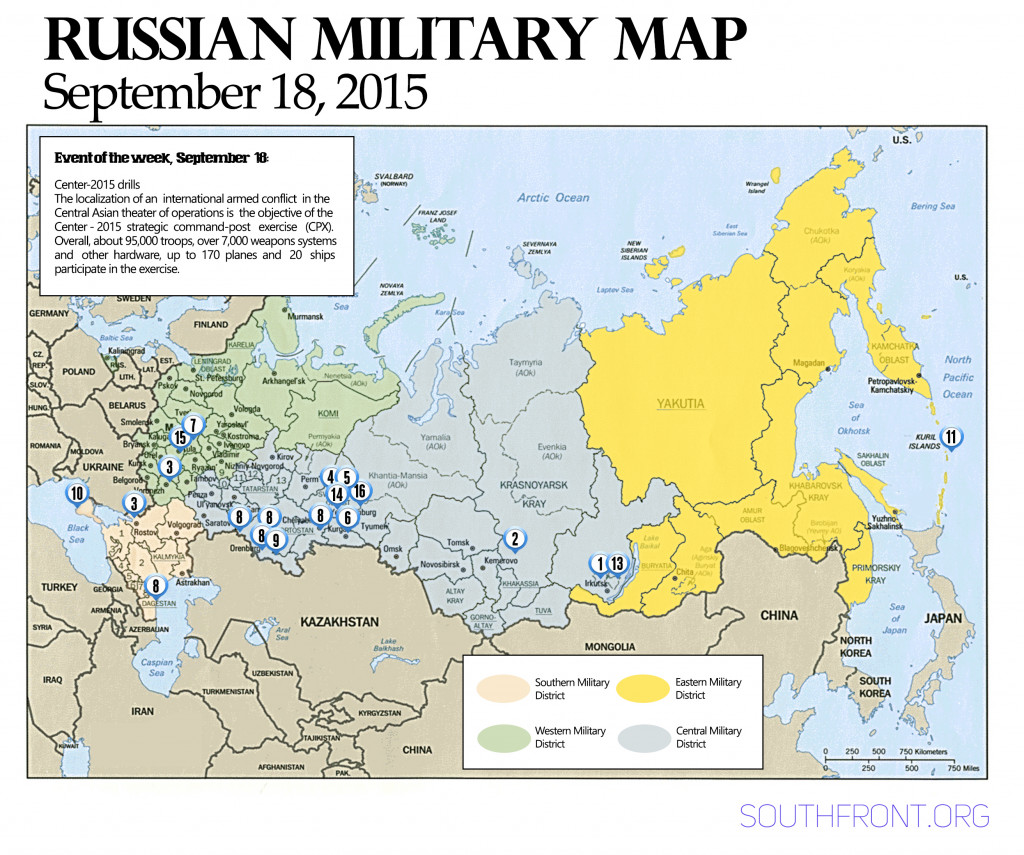 The big newsmaker of the week is Uralvagonzavod, which is benefiting from the sizable effort to modernize Russia’s armored vehicle fleet. In addition to the plans to bring the T-14 into production in a matter of years, the Russian MOD is also interested in modernizing its T-90 MBTs to the highly advanced T-90M “Proryv” model which incorporates many technologies developed as part of the Armata program. Likewise the T-72B3 modernization is performed by Uralvagonzavod as well. Furthermore, not only is India interested in procuring the export version of the Proryv, the tank recently underwent tests in an undisclosed Middle Eastern country. The interest in the T-90M and the BMP-3 Dragun modernization programs suggests that perhaps the MOD is keeping its option open, and has not yet decided on how large a proportion of the Ground Forces will be re-equipped with the Armata/Kurganets/Bumerang systems, versus the upgraded T-90M/T-72B3/BMP-3M/BTR-82A vehicles.

Strategic forces modernization is also moving forward apace, with both the “light” and “heavy” components of its ICBM force receiving multi-warhead missiles, greatly increasing Russia’s nuclear deterrence even in the face of US ABM system development.

Finally, Russia is continuing to score major successes in international cooperation, securing more contracts for its advanced weapons systems. India, in particular, appears to be interested in strengthening its relationship with Russia.

The 29th Guards Red Banner Order of Lenin Vitebsk Rocket Division, headquartered in Irkutsk, which is currently equipped with Topol-M road-mobile single-warhead ICBMs, will shortly receive four-warhead, 11,000km-range roadmobile RS-26 Rubezh-M ICBMs. The missiles are scheduled to enter series production in late 2015, and the division will be re-equipped at some point in 2015.

The Sarmat is a fifth-generation two-stage ICBM with a 10-ton throw-weight which gives it the ability to carry at least 8 independently targetable warheads and a set of ABM penetration aids. Moreover, the missile’s power is sufficient for it to attack targets in North America after flying over the South Pole, thus evading US ABM systems. The missiles will be produced at the Krasmash plant in Krasnoyarsk, which also makes the Sineva SLBM.

The Il-76MD-90A that is to be thus modified by the Taganrog-based Beriev plant into the A-60 laser test-bed is part of the Project Skif which aims at creating a laser-equipped aircraft capable of blinding reconnaissance satellites. It will be equipped with a 100kW compressed gas laser developed at the Voronezh-based KB Khimavtomatiki. Uralvagonzavod General Director Oleg Siyenko announced that the Russian Ground Forces are planning to procure 2300 T-14 MBTs. The current plan is for the Russian Ground Forces to receive these tanks by 2020, which would imply ordering at least 500 of these vehicles every year, though Siyenko allows for the possibility that in fact the full order will not be delivered until 2025. Siyenko also noted that each series-produced tank would cost approximately 250 million rubles, or half the initial estimate. The Russian Ground Forces will receive a batch of pre-production vehicles in 2016, with full-scale deliveries to start in 2017-2018, which indeed makes the 2020 deadline rather difficult to meet. The first units to be re-equipped with the T-14 and associated vehicles are the 1st Guards Tank Army (headquartered in the Moscow Region), and the 20th Guards Army (currently being formed in proximity to the border with Ukraine).

This announcement was made by the Tank Forces Main Directorate at RAE-2015. The T-90M (or AM) variant represents a major improvement over the T-90A as it incorporates many of the systems developed for the Armata program. Its combat power is easily equivalent to that of contemporary NATO MBTs. The Dragun is a thoroughly redesigned BMP-3 featuring the customary “engine forward, troop compartment in rear” IFV layout which is more ergonomic and maintenance-friendly. Since the vehicle is a redesigned BMP-3, existing BMP-3s could be brought up to this standard which moreover sports a new weapons module, though the weapons themselves are similar to those used by regular BMP-3s–a combination of 100mm gun/missile launcher and 30mm 2A72 automatic cannon. Colonel General Oleg Salyukov, the Ground Forces Commanding General, said that the Ground Forces have received over 600 modernized MBTs during 2015. Most of these vehicles are the upgraded T-72B3 MBTs. Moreover, the Ministry of Defense is studying the possibility of upgrading T-90 tanks to the T-90AM standard, whose capabilities in some ways approach those of the T-14. 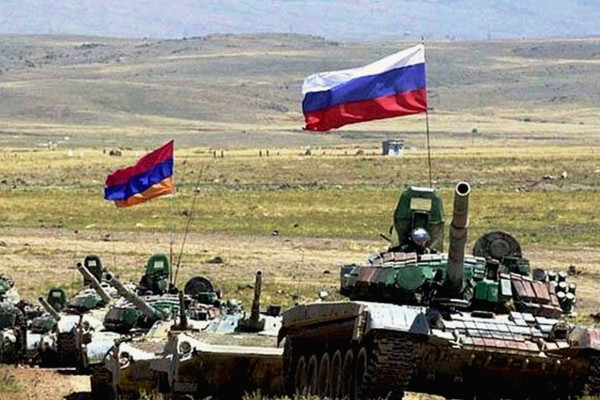 Some 100 thousand Russian soldiers are participating in the Centr-2015 exercises which are being held at about 20 training areas of the Central Military District. All branches of forces are participating, with extensive maneuver training and live fire exercises. This is the largest military exercise held by the Russian military in 2015.

Tu-22M3 bombers of the Long-Range Aviation carried out bombing training missions at a range near Orenburg, as part of the Tsentr-2015 exercise involving a large selection of forces based in the Central Military District. Reportedly the 10 bombers used in the exercise dropped bombs from a comparably low altitude of 600m.

Location: Sevastopol
The Project 636.3 diesel-electric submarine Novorossiysk, which belongs to one of the quietest submarine types in existence, is the first newly built submarine to join the Black Sea Fleet since the break-up of USSR.
11. Naval Infantry on Kuril Islands
Location: Kuril Islands
A Naval Infantry company carried out a simulated amphibious assault using the Admiral Nevelskoy assault ship on the Iturup island of the Kuril chain.
International
12. Russian T-90s in Syria?

Location: Damascus, Latakia
US media are suggesting that the Russian assistance might include T-90 MBTs, possibly with Russian crews, which would represent a major improvement in Syrian Army’s armored capabilities. There is no evidence such a transfer has taken place, and the Russian government is denying reports that it is conducting an military build-up in Syria or establishing an air base in that country.
13. Su-30MKI(A) for Algeria Location: Irkutsk
The 14 aircraft ordered will be delivered in 2016-17.
14. India in negotiations to purchase T-90MS MBTs

Location: Nizhniy Tagil
The T-90MS is the export version of the extensively modernized T-90AM MBT which features many of the advancements developed for the Armata project, including new armament, munitions, optics, fire control systems, and a more powerful engine. India already operates a large number of T-90 MBTs and manufactures the tank under Russian license.
15. India to modernize its BMP-2s

Location: Tula
The Indian Army operates nearly 1,000 BMP-2 IFVs, and it wishes to modernize them. Details of the modernization plans that were provided suggest they will be upgraded with the Berezhok turret developed at the Tula-based KBP, which includes Kornet ATGMs and new fire control and observation systems.
16. T-90MS tested in an undisclosed Arab country

Location: Nizhniy Tagil
The T-90MS was reportedly thoroughly tested in an unidentified Middle Eastern country, according to Uralvagonzavod officials. Likely candidates include Egypt and Iraq.