Compiled and analyzed by J.Hawk

The operation in Syria is dominating the headlines (and is being reported on extensively in other SouthFront features), but one must not lose the sight of other operations in the background. The air bridge between Russia combined with the high level of Ground Forces activity in the Southern Military District suggests that the MOD is preparing contingency plans for deploying a ground force to Syria to exploit the success created by the air campaign. Possible scenarios here include a small Russian ground force (a number of battalion task forces) acting as the glue of a larger coalition of Syrian, Iraqi, and even Iranian forces, against the Islamist rebels.

1. Five Voronezh-DM early warning stations to be deployed by 2018

Seven of these stations are already in operation or under construction.

The Engels-based bombers launched training cruise missiles at simulated targets on a training area in the Komi Republic.

Over 200 thousand troops, with hundreds of major pieces of equipment including T-90 tanks and BMP-2 IFVs supported by Mi-24 and Mi-28 helicopters, participated in the exercise.

This rather large exercise involved 7500 troops and large numbers of armored vehicles, artillery, and supporting aircraft.

Participating troops belong to an unnamed motorized rifle brigade of the 5th Combined Arms Army of the Eastern Military District.

Over 2000 troops and 200 major pieces of equipment were involved.

Over 3500 troops participated in a simulated radiological contamination exercise at the Balakovo Nuclear Power Plant. 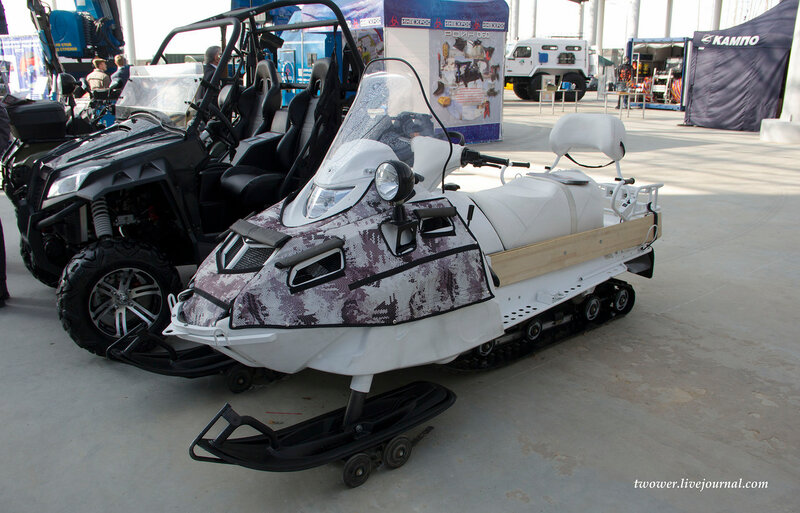 The 80th Brigade represents Ground Forces’ main asset for operations in the Arctic, and is practically a naval infantry brigade since it trains extensively with Northern Fleet’s amphibious assault ships.

Deployed machines include Mi-24 and Mi-8 helos, armed with laser-guided missiles, 80mm rockets, and 30mm cannon. There are reports of their use in support of Syrian Army’s advance against the Islamists. The aircraft will be assigned to the 200th Aviation Training Base in Armavir. 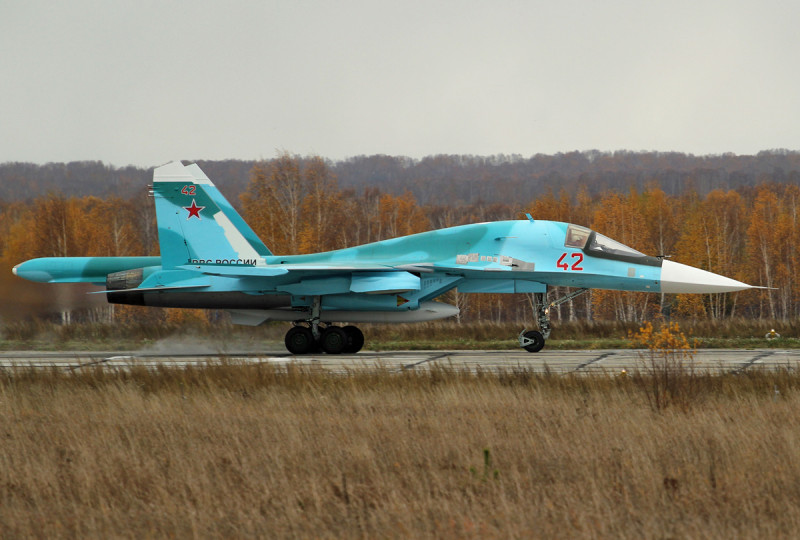 The aircraft were delivered to the 559th Bomber Aviation Regiment. The Air Forces now have 73 aircraft of this type. 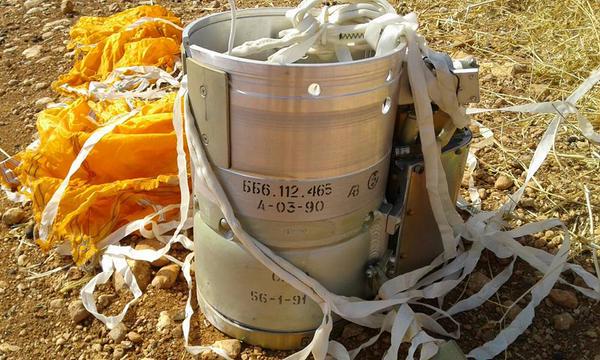 The submunitions are used mainly to destroy armored vehicles, allowing each cluster bomb to knock out up to a dozen by attacking their top armor with explosively-formed penetrators (EFPs). 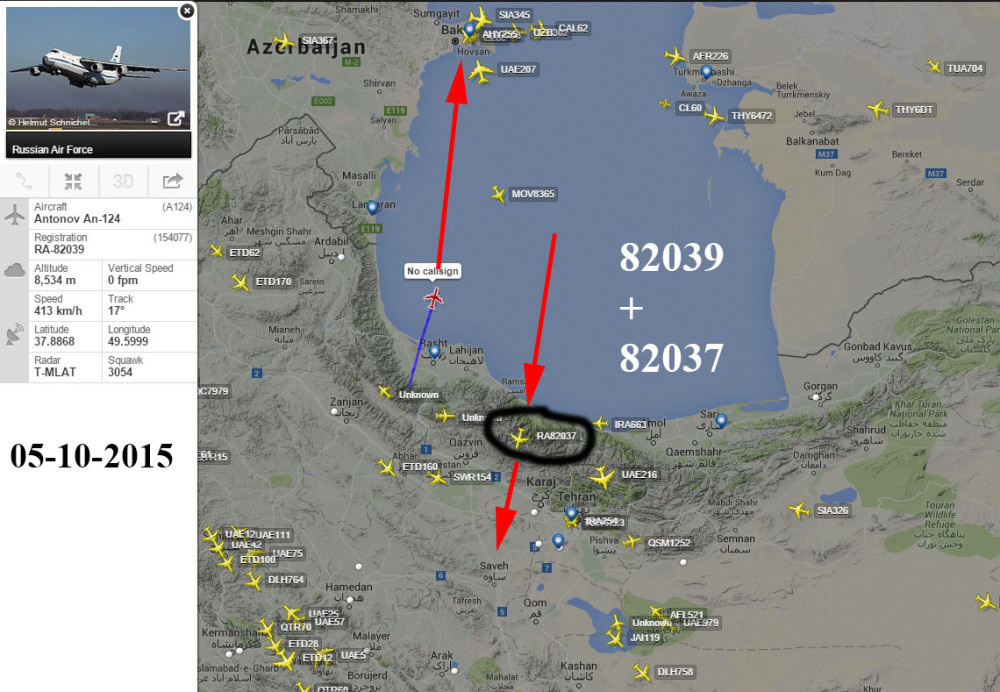 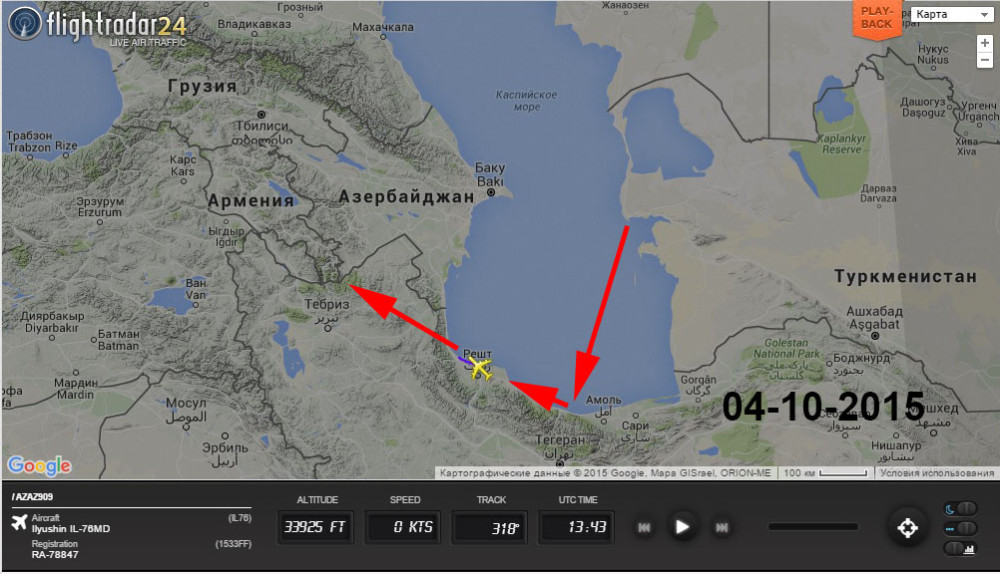 Russia’s coalition appears to be growing, with more and more countries offering at least passive assistance to Russia’s operations in Syria. Krasukha-4 is an electronic counter-measure system used to degrade the avionics of enemy aircraft and, especially, guided air-to-surface weapons. It’s an indicator the Russian group of forces in Syria is taking significant measures to protect itself from a possible attack by a technologically sophisticated enemy. 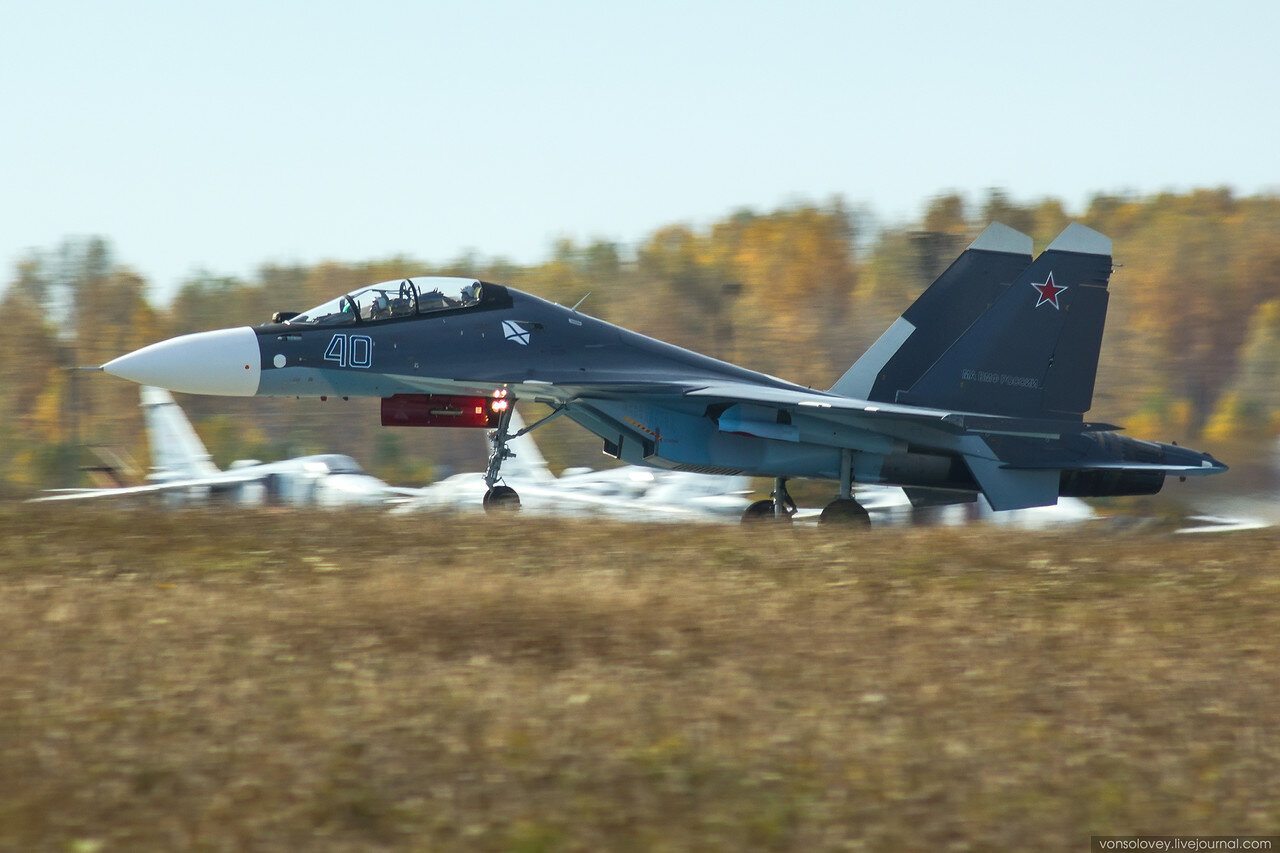 They were delivered by the Irkut Corporation and will be assigned to the 43rd Separate Naval Attack Aviation Regiment. 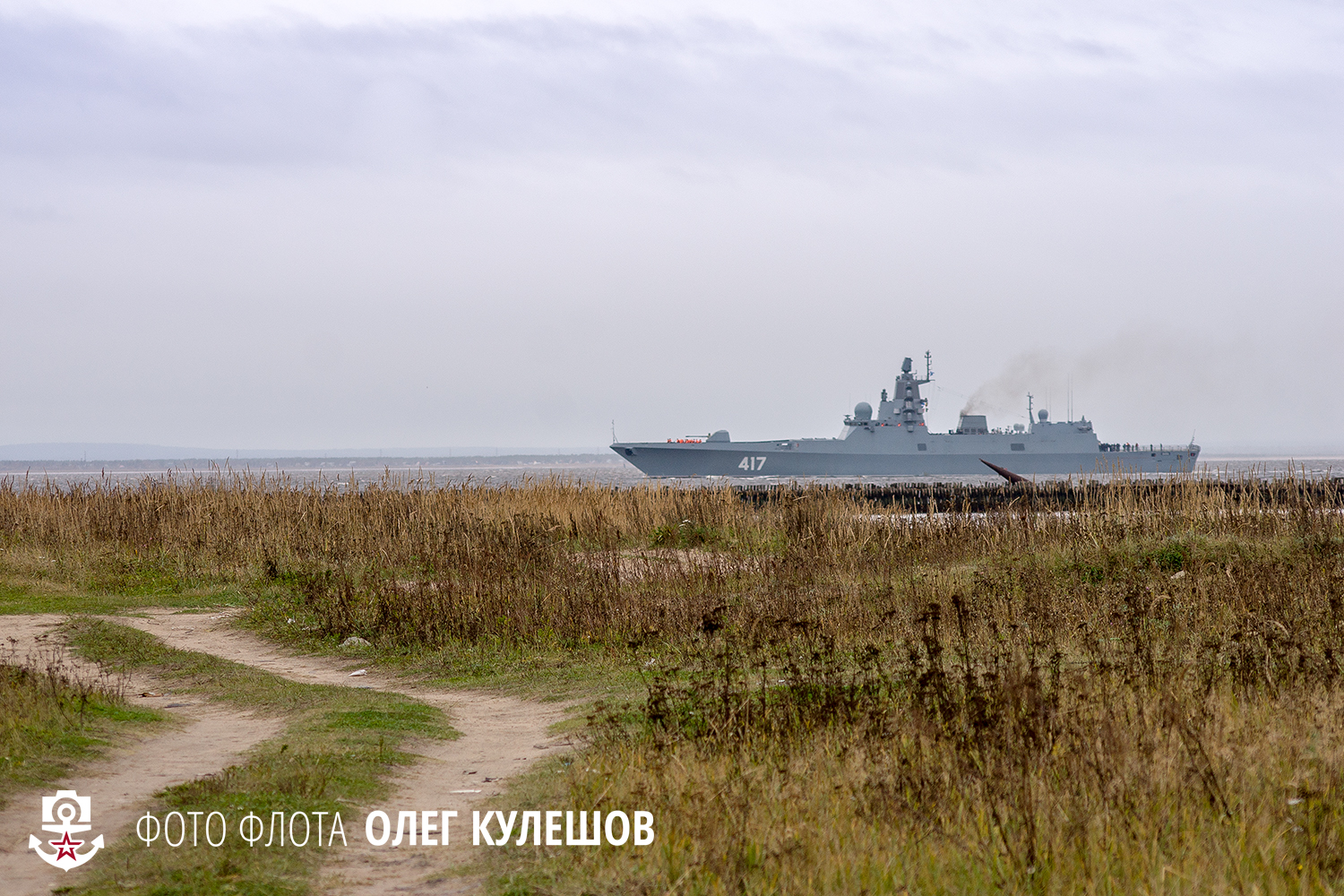 Four ships launched 26 missiles against Islamist targets in Syria. It was the first combat use of the Kalibr system. The ships included light frigate Dagestan: 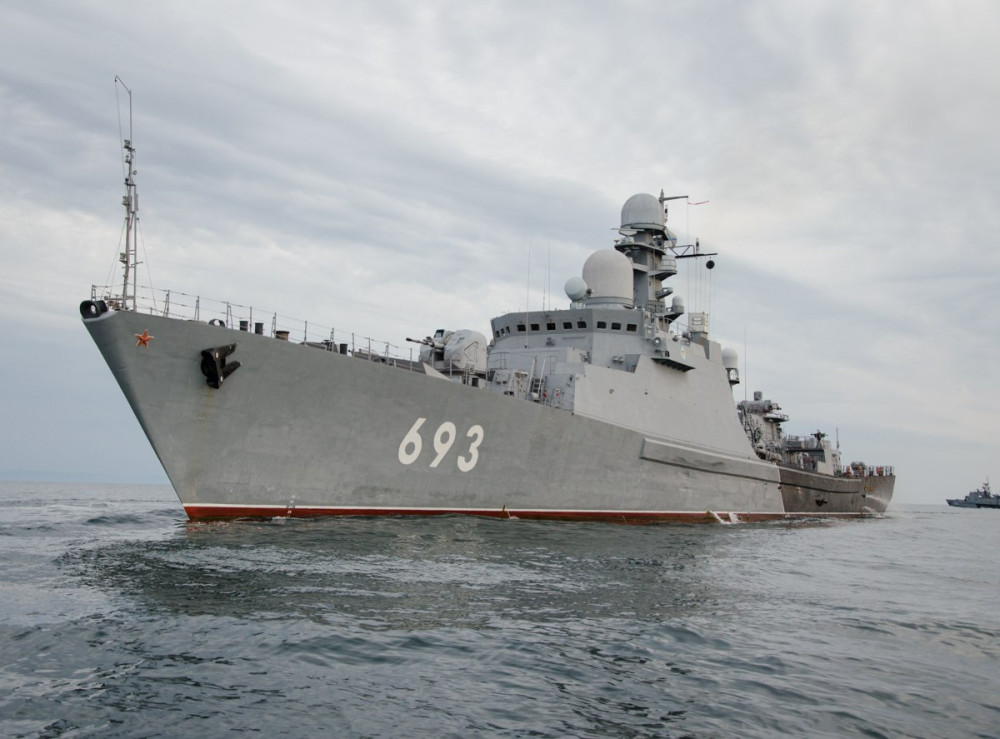 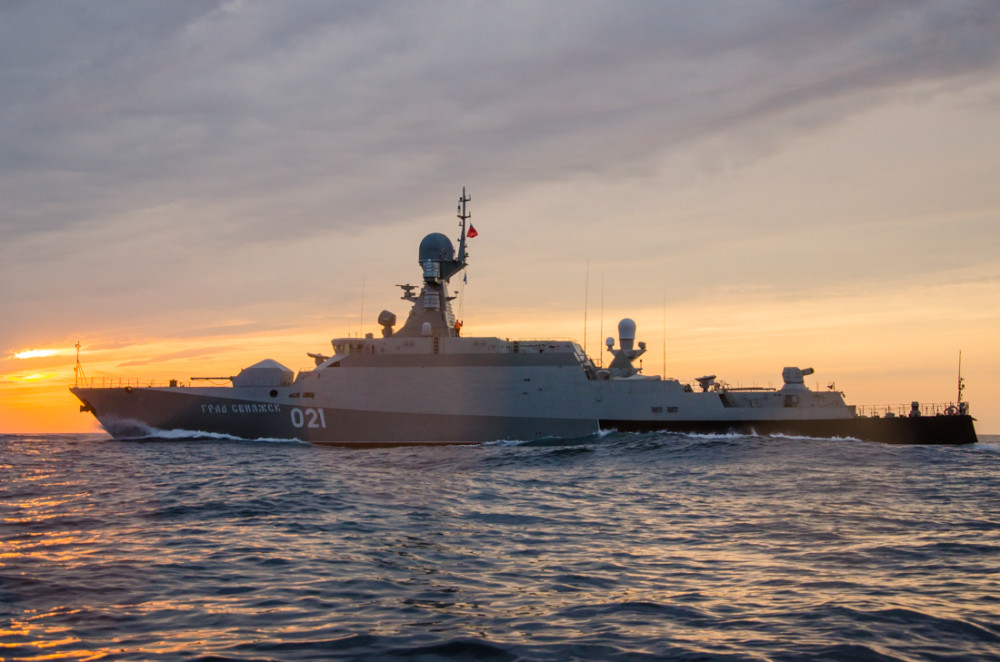 Troops from the Pacific Fleet’s Naval Infantry Brigade performed parachute jumps, then participated in simulated combat operations on the peninsula.

Four missile corvettes and cutters participated in the exercise, launching Moskit and Malakhit missiles at a simulated enemy naval formation.

22. US and Russia prepare to coordinate air operations over Syria 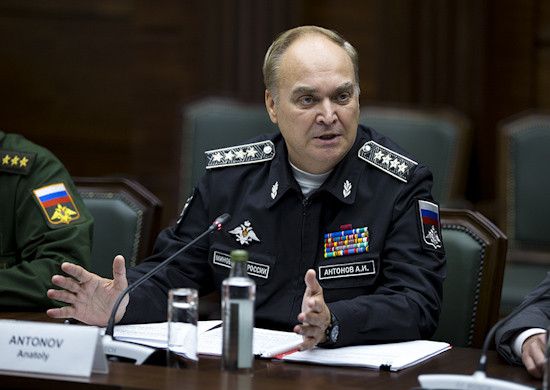 So far the US appears unwilling to engage in operational coordination, limiting itself to avoiding mutual incidents during air operations by the two countries.

The Bars-2015 exercise will be the first time in 26 years Serb pilots will participate in a Russian exercise. The participants include Dragan Milenkovic who, in his MiG-29, evaded four AIM-120 AMRAAM missiles launched from F-15 fighters during the NATO bombing campaign of Serbia in 1999.

Thanks for the summary