Collected and analyzed by J.Hawk exclusively for SouthFront

Even as the airstrikes in Syria are continuing, the Russian military appears to be preparing for all manner of contingencies dependent on the outcome of the multi-party negotiations in Vienna on the future of Syria. These contingencies include reinforcing or rotating the aircraft contingent in Syria, deploying special operations troops to help identify targets and guide aerial and artillery munitions, deploying a ground combat continent to fight alongside the Syrian Army, and even sending the Admiral Kuznetsov aircraft carrier to the Mediterranean or even the Persian Gulf. It was a test launch of an operational missile with a payload of multiple training warheads, which struck targets on the Kura proving ground on the Kamchatka Peninsula. 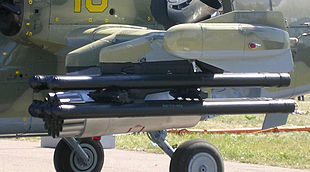 Vikhr-1 is a supersonic laser-guided missile with a range of at least 10km developed for use by attack helicopters and light attack aircraft. At least two thousand of these missiles have been ordered by the Russian MOD. 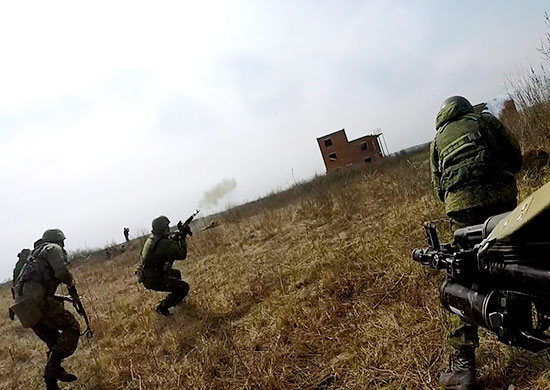 A Western MD spetsnaz unit trained on eliminating terrorist formations and also locating important targets and guiding aerial and artillery munitions against them.

The 201st Base represents Russia’s most important military presence in Central Asia, and activity there is likely connected to Islamic State activization in Afghanistan.

The peacekeeping battalion serving in Transnistria has undergone its annual full rotation, with a new battalion arriving at Tiraspol to assume its peacekeeping duties. The operation was carried out without interference by either Ukrainian, Moldovan, or Romanian authorities.

One of the regiments of the 76th Guards Air Assault Division carried out a full regimental airborne drop and a ground combat exercise as a culmination of the 2015 training year. This is the last major airborne exercise scheduled for 2015.

The unspecified motorized rifle brigade was put on alert, carried out a road march, and ultimately performed a live-fire exercise as part of the final annual inspection.

A number of sources have indicated that a flight of Tu-22M3 (or M5) heavy bombers has been deployed to the Mozdok air base in North Ossetia, which also functions as a staging point for flights servicing the Russian contingent in Syria. The deployment suggests that these aircraft are being prepared to launch strikes against Syria islamists. 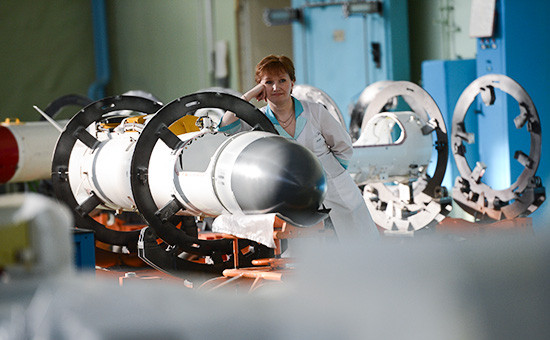 The increase in the pace of aerial munition deliveries, to the point of munitions plants working on a three-shift basis, has been prompted by the need to replenish the stockpiles of munitions used in the Syria bombing campaign. 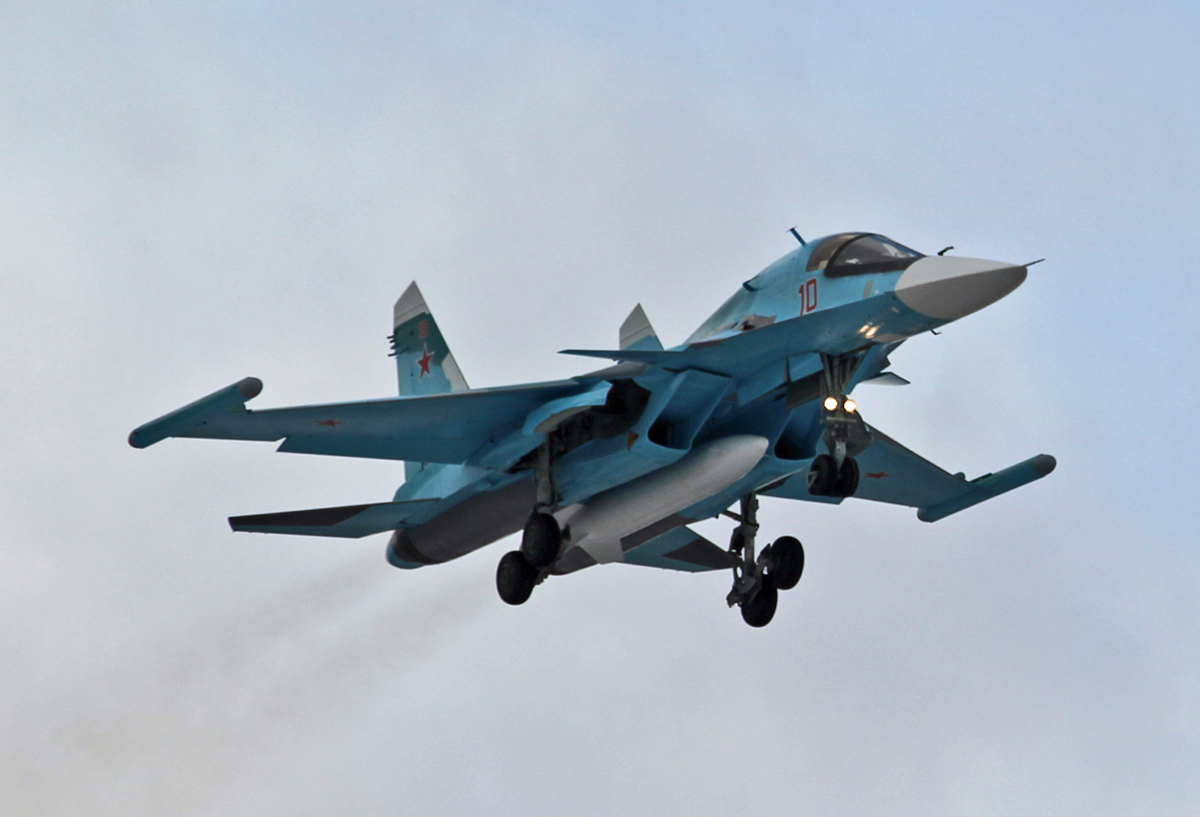 The aircraft were assigned to the Lipetsk-based operational conversion unit training crews on operating the bomber. This delivery increases the number of Su-34s in Russian inventory to 76.

The Buyan-M ships are based on the Buyan missile boats originally built for the Caspian Sea Flotilla and will be assigned to each of the four fleets. Their main armament is the Kalibr missile system recently demonstrated in combat against islamist targets in Syria. 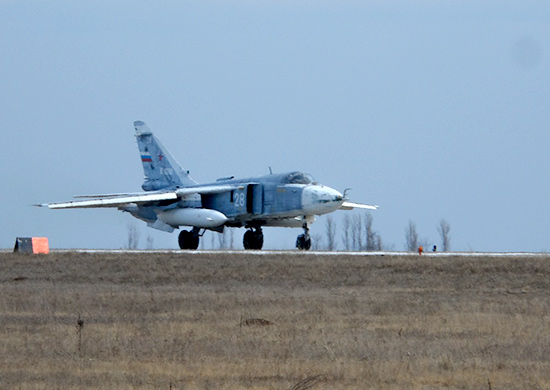 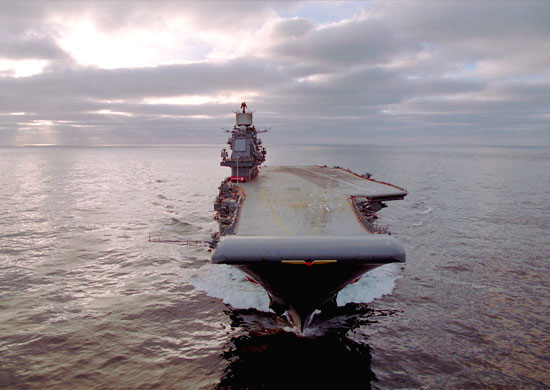 The aircraft carrier launched short-range Kinzhal SAMs against small naval targets simulating suicide boats, suggesting preparations for a deployment to a region of the world where such a threat actually exists–like the eastern Mediterranean or the Persian Gulf.

The Su-24M bombers of the Baltic Fleet trained on refuelling from Il-78 tankers.

The Admiral Grigorovich conducted artillery and surface-to-air missile launches against both aerial and surface targets. The ship is yet to test its cruise missile battery (UKSK launch cells for Kalibr and Oniks missiles) which will likely be the final phase of its sea trials. 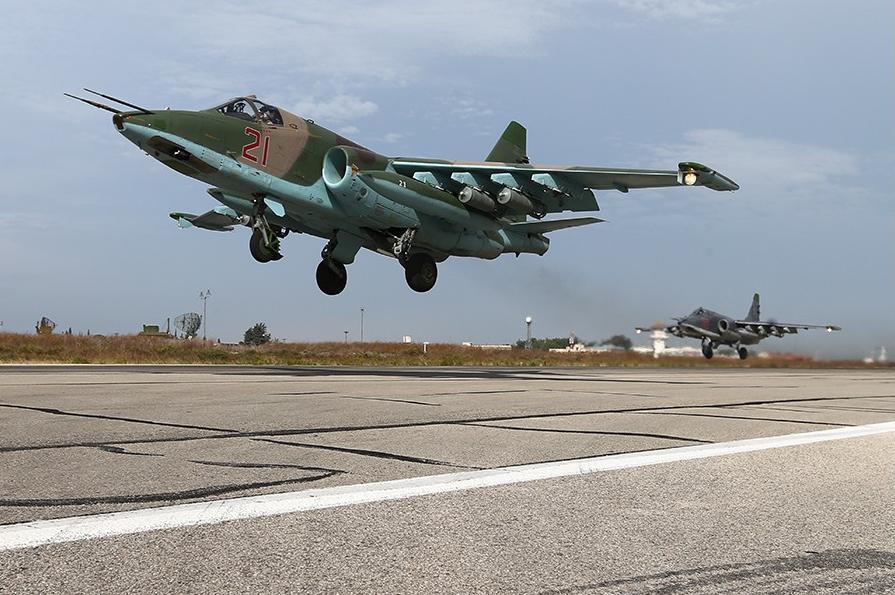 The pace of Russian airstrikes has been steadily increasing over the last week, with the focus gradually shifting toward hitting frontline positions and fortifications in support of the Syrian Army advance.

A number of Russian vehicles, weapons, and soldiers have been photographed in the vicinity of Latakia in recent days. It is not known whether their function is to protect the Hmeimim airbase or to participate in offensive ground operations in support of the Syrian army.

It is not known whether the TOS systems are currently crewed by Syrian or Russian military personnel.

The fighters will be of the FGFA export variant, which India agreed to in March of this year. The contract, which is expected to be signed in November, would cover the purchase of 154 FGFA fighters which would be assembled (though not license-produced) at India’s aerospace facilities.