The big news stories of the week are the large BMP-3 procurement contract and the delivery of BTR-82A armored vehicles to Syria. The BMP-3 contract suggests that while the Armata/Kurganets/Bumerang families of armored vehicles will be the mainstay of the Russian Ground Forces in about a decade or so, there is a perceived urgent need to field significant numbers of upgraded older vehicles in the near future. It is not clear whether that need has to do with the perception of the emerging threat that will require a large-scale conventional response by the Russian military, or the need to maintain the production lines in operation until the new vehicle families are ready for mass production. In any event, in the near-term the Russian Army is betting on the T-72B3/BMP-3/BTR-82 as the intermediate solution to the problem of fielding modern armored vehicles in significant numbers.

The delivery of BTR-82As to Syria represents an upgrade of the Russian effort to aid that country’s armed forces. There are even rumors these vehicles are there with Russian crews, and that the Russian military is gearing up to actively participate in the Syria conflict. The VVS training exercises in the Southern Military District featuring Il-76MDs operating from field strips and executing anti-missile maneuvers also suggests the possibility of a Russia-Syria airlift.

Aside from that, this week’s stories show the scope of Russia’s efforts to upgrade its airpower through the procurement of sizable numbers of modern aerial munitions to arm the Su-30 and Su-35 aircraft being delivered, as well as the MiG-35 fighters that are likely to enter production as well. Here, too the emphasis is on upgrading existing systems rather than waiting until the PAK-FA enters service years from now.

It is also evident that Russia’s security in the Far East is being crafted through a growing and increasingly intimate relationship with the People’s Republic of China, as evidenced by the military exercises and the plans to deliver Su-35 fighters to the PRC, which would be a major asset in that country’s confrontation with Japan (and the US) over the South China Sea.

Last but not least, Arctic remains a major focus for the Russian military, and the situation in Eastern Ukraine is not being forgotten either, as evidenced by the nature of the military exercises held by the Russian Ground Forces… 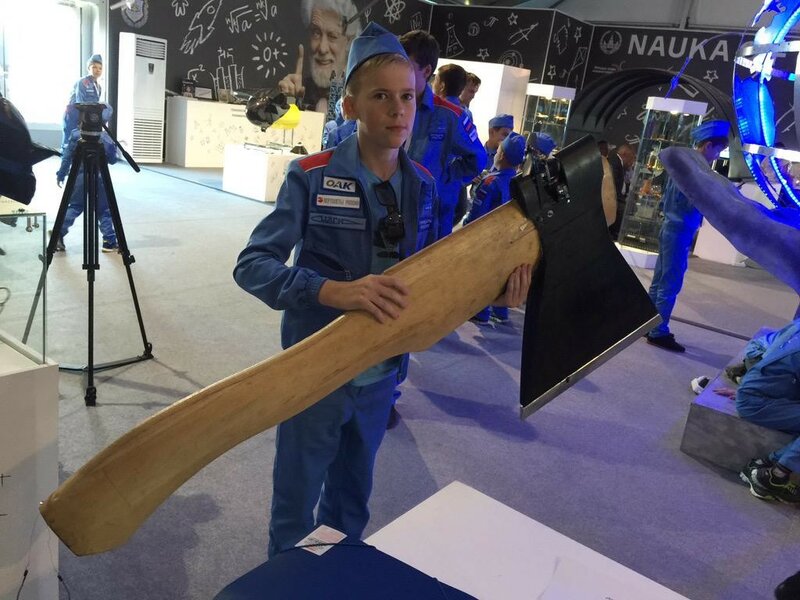 Location: Moscow
By definition, any weapon wielded by Vladimir Putin qualifies as a strategic weapon, hence the inclusion of the “flying axe” in this category.

2. Aleksandr Nevskiy SSBN to begin its first combat patrol in the fall Location: Vilyuchinsk
The Borey-class Aleksandr Nevskiy SSBN has begun its under-ice passage to the Pacific Fleet, carrying a full combat load of 16 Bulava SLBMs. The ship will receive servicing and maintenance on the Kamchatka Peninsula, before joining the 25th Submarine Division in Vilyuchinsk, as part of the Pacific Fleet. It will begin its first nuclear deterrence patrol in October.

The Voronezh-DM system is intended to be part of the SPRN anti-ballistic missile warning system, though its over-the-horizon capability also gives it the ability to track aerial targets, including cruise missiles.

Russian MOD signed a three-year contract to procure several hundred BMP-3s over the next three years. It was not announced what configuration these vehicles will have, but there are a number of possibilities: the standard BMP-3 of which the Russian Army already operates 500 (unlikely), BMP-3M with the Bachkha-U turret used by BMD-4M airborne IFV (very likely), BMP-3M with the 57mm cannon profiled in last week’s Russia Military Report (unlikely), or even the BMP-3 Dragun variant rumored to be in development and which is expected to be shown in September 2015 at the Russian Arms Expo.

The Dragun variant has the same basic layout as the Kurganets-25 tracked IFV, and no doubt benefits from the experience gained in designing and developing the new vehicle. The BMP-3 contract is likely intended provide Kurganmashzavod with work until the Kurganets-25 is ready for mass production (hence the three-year contract period), provide the Russian Ground Forces with an interim upgraded IFV to serve alongside T-72B3/4 and BTR-82 until newer vehicles are available, and possibly launch production of various subsystems that will be used on the newer vehicles but which are already available for incorporation on older models, including weapons, observation and targeting systems, and active/passive defensive systems, many of which are likely to be incorporated into the newly procured BMP-3s. 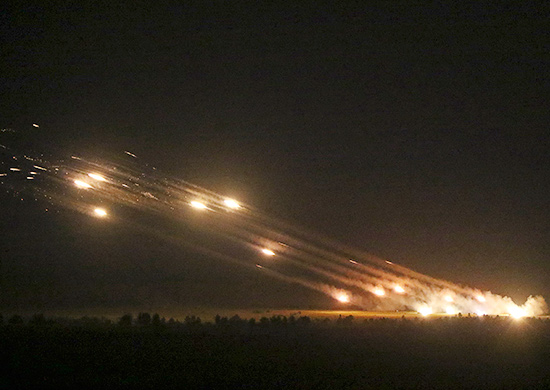 The 38th Separate Railroad Brigade built an 800m pontoon railroad bridge over the Volga River in the space of one day. One can’t escape thinking that both this and the immediately preceding story have immediate relevance to the events currently unfolding in Eastern Ukraine, where both the suppression of opposing artillery and rebuilding destroyed railroad bridges are a high priority…

The system in question is the 1RL257E, also known as Krasukha-4, which is intended to jam AWACS aircraft within the radius of 400km, as well as interfere with the operation of enemy UAVs and aircraft.

9. Russian airbase expansion in the Arctic

Russia plans to build, renovate, and/or expand 9 airbases in the Arctic by 2018, according to the Engineering Main Directorate. One of the largest and most important will be the rebuilt Rogachevo airbase which is intended to base MiG-31BM fighters which will likely arrive there from Perm or Monchegorsk (Murmansk District). The base will be defended by an newly formed air defense regiment, and its responsibility includes maintaining surveillance over territory within the radius of 1000km. Units based on Novaya Zemlya will be under the command of the newly formed Northern Unified Strategic Command.  Other airfields in the Arctic are also being expanded, both to serve as air defense bases to protect Russia from an aerial attack from the North (including by cruise missiles), but also as forward operating bases for tactical bomber units permanently based in other parts of the country, such as the Su-34 which have already performed long-range flights over the Arctic in recent exercises. 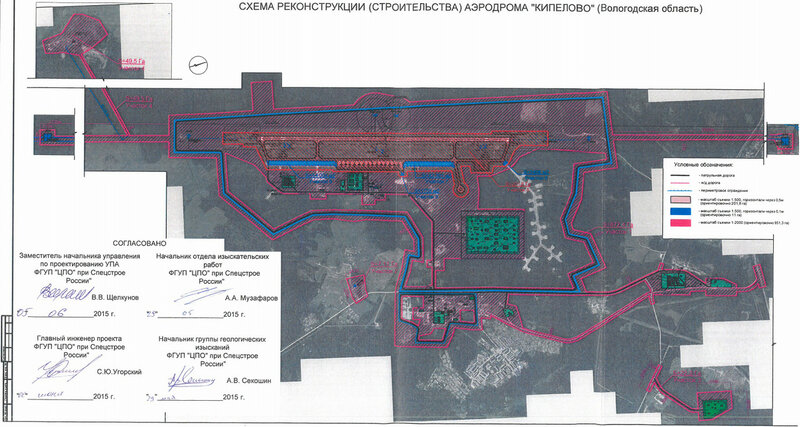 Location: Fedotovo, Vologda District and Khurba, Khabarovsk Krai.
The Kipelovo airbase near Fedotovo is having work done to facilitate the basing of Tu-142M naval patrol aircraft and Il-76 heavy transport aircraft, while the work performed at the Khurba airbase appears focused on facilities necessary to operate UAVs. 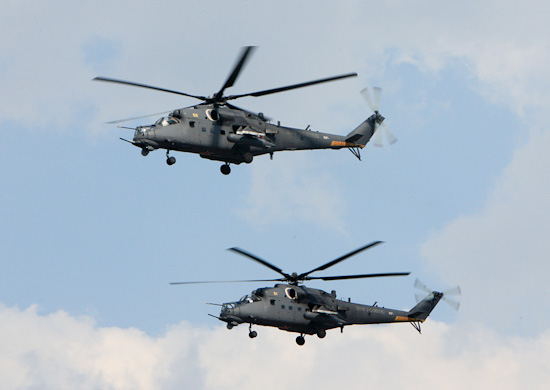 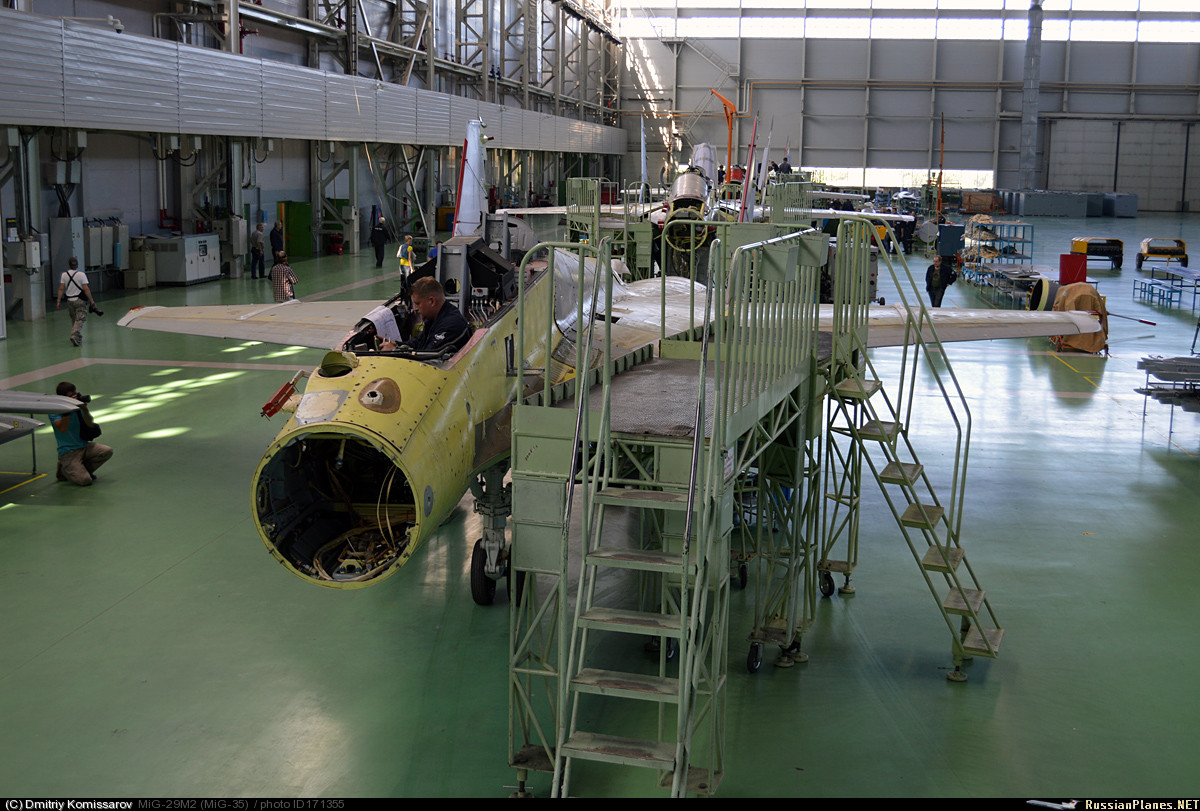 Location: Lukhovitsy, Moscow District
The aircraft currently under construction at the RSK-MiG facility at Lukhovitsy include several aircraft for India, but also carrier-based MiG-29KR for the Russian Navy, MiG-29SMT for the Air Force and at least one Generation 4++ MiG-35 to be presented to the Russian MOD in hopes of obtaining a larger procurement contract.
13. Il-76MD aircraft train operating from field strips 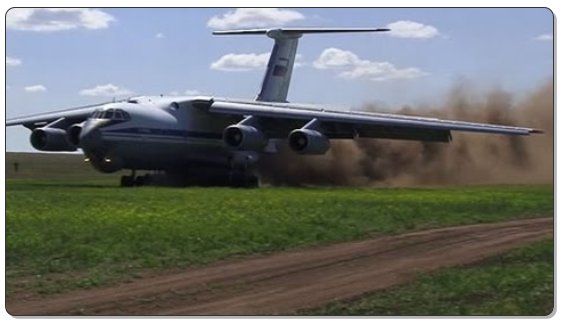 Location: Totskoye, Orenburg District.
Russian MOD reports it was the first time in 30 years that combat engineers built a field strip capable of supporting heavy airlifters, which practiced landings and take-offs with rapid changes of altitude–a tactic last practiced during the Soviet war in Afghanistan… It’s enough to make one wonder whether there is an airlift planned for Syria to complement the stepped up sea deliveries. 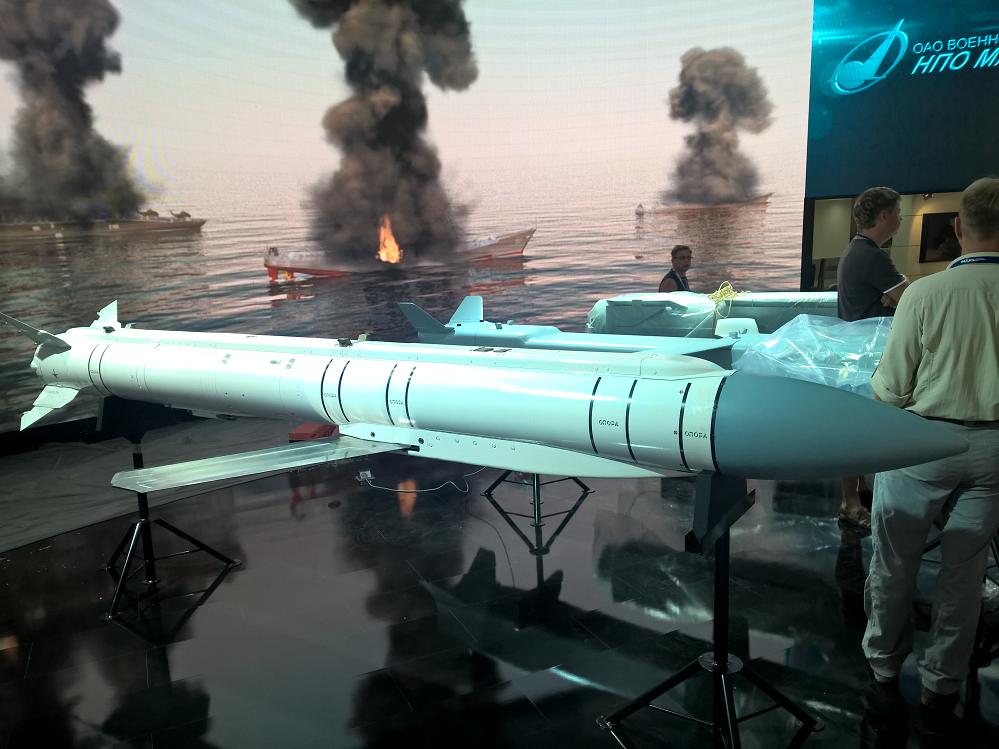 KTRV is the acronym for the Tactical Missile Weapon Corporation, Russia’s foremost tactical missile design consortium, and its newest offering is the Grom gliding bomb, which is described as having an anti-radar guidance system, though it is also possible it uses satellite navigation, which is standard guidance for similar weapons used by NATO. 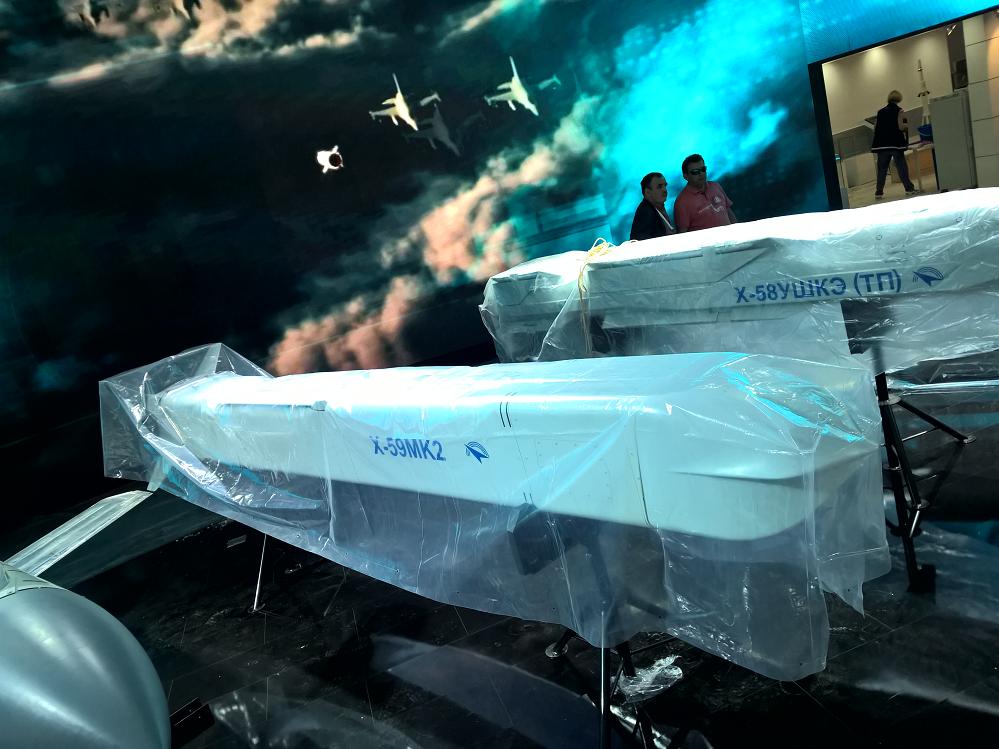 The other new weapon of note is the Kh-59MK2, a tactical cruise missile with advertised range of 290km and likely satellite navigation (GPS and/or GLONASS) navigation. These two munitions fill the gap in Russian air force arsenal, which still does not include guided gliding bombs or tactical cruise missiles in the same class as the US JASSM or European Taurus or SCALP.

The Russian MOD has put out a tender for the sum of over 13 billion rubles (!) to procure an unspecified number (!!) of unspecified medium-range air-to-air missiles (!!!), with delivery by the end of 2017. These missiles are almost certainly going to be the RVV-SD, or R-77, active-radar guided missiles which arm the latest Russian fighter aircraft.

16. Reconnaissance/strike Orion UAV to fly by the end of 2015

The Orion UAV being designed by the firm Tranzas is billed as being in the same class as the US Predator UAV, with a useful load of 300kg and ability to operate in any weather at long ranges. Its first flight is expected by the end of 2015, and the VVS expect to receive the first operational Orions in 2017.

17. Norilsk Military Exercise
Location: Norilsk
The Northern Fleet is conducting an exercise with the participation of the 80th Motorized Rifle Brigade (optimized for Arctic operations), Airborne Forces, special operations troops, and land-based aviation. The exercise includes defense against overland attack, tactical airborne assaults by VDV and spetsnaz forces, spetsnaz raids against critical facilities with air support, as well as an amphibious landing on the Kotelnyy Island by 80th MRB troops transported by two amphibious assault ships. What is striking about this operation is the inter-service cooperation by several branches of the armed forces, with the VDV (Airborne Forces) playing an important role.

Location: Kronshtadt
The new Project 03160 Raptor boat, capable of carrying 20 soldiers at speeds of up to 50 knots, will be based in Kronshtadt.  The Russian Navy expects to have 12 of these boats in service by the end of 2015. 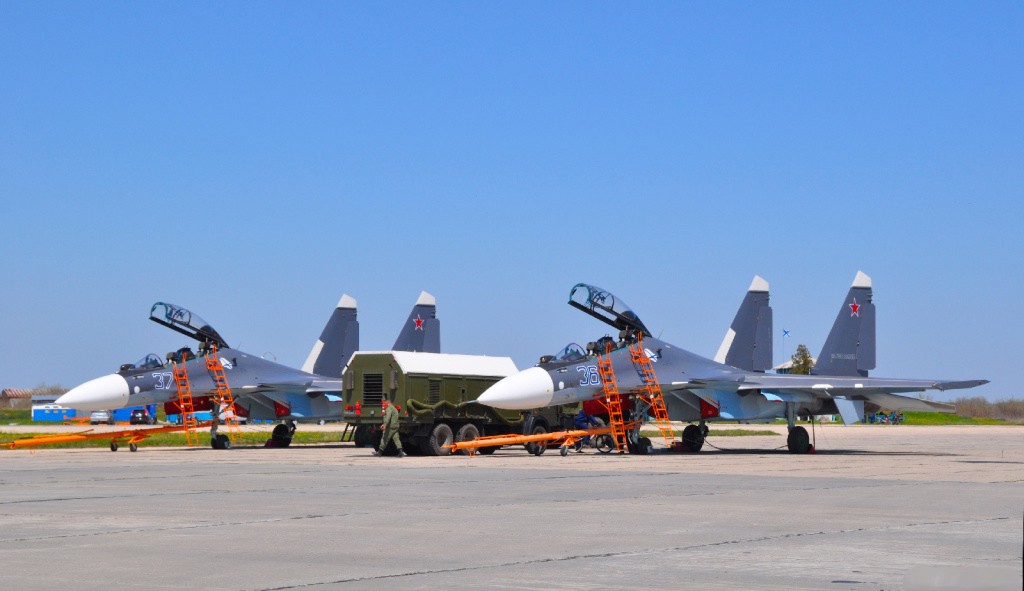 Location: Crimea
Naval Forces have already received 8 of these long-range fighters, with the total expected to exceed over 50 by 2020, many of which will be based in the Arctic and in the Pacific. The SU-30SMs assets include very long range and endurance, as well as the ability to engage a wide variety of targets, including cruise missiles.

The Russian Navy expects to have heavy-lift wing-in-ground effect aircraft in service by 2020. The new craft will be modular in nature, giving them the ability to perform both transport and strike missions. No word on where such craft might be deployed, but the Arctic is an obvious choice, given the WIGs ability to travel over and land on ice.

At the moment the VMF has only one such regiment, the 279th, with Su-33 aircraft. The second regiment which will be formed by the end of 2015 will operate 20 MiG-29K fighters and 4 MiG-29UBK two-seater conversion trainers. 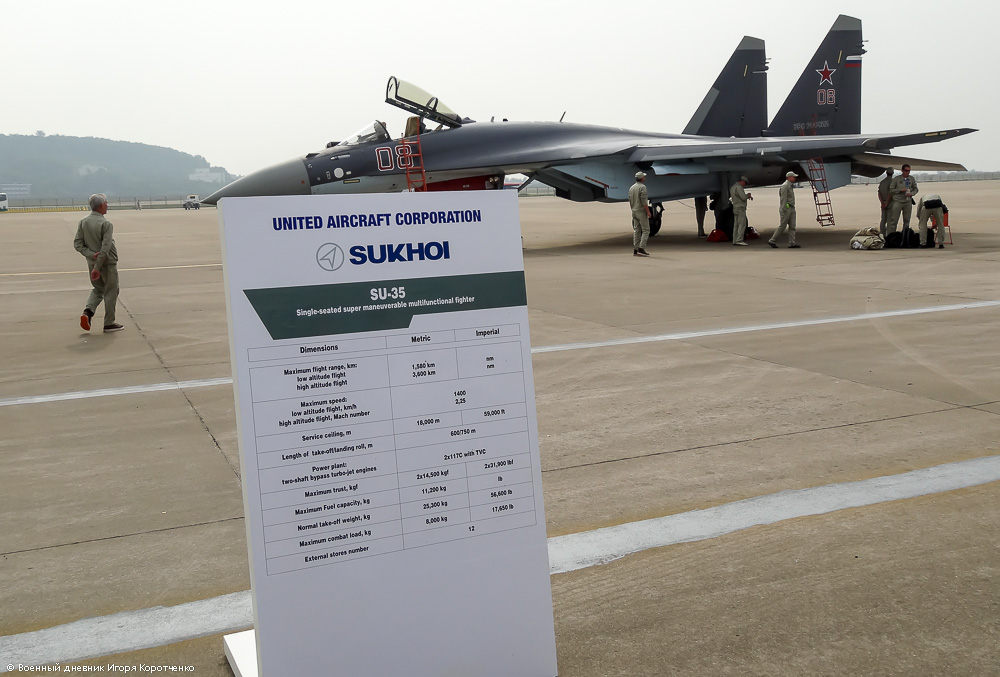 Location: Komsomolsk-on-the-Amur
China is expected to buy 24 of these fighters–the contract is in the final stages of negotiation. The Russian VVS have already purchased 48 of these aircraft, and recently placed another order for 48 more.  The Chinese aircraft will be delivered wholly assembled, with no stage of production taking place in China. 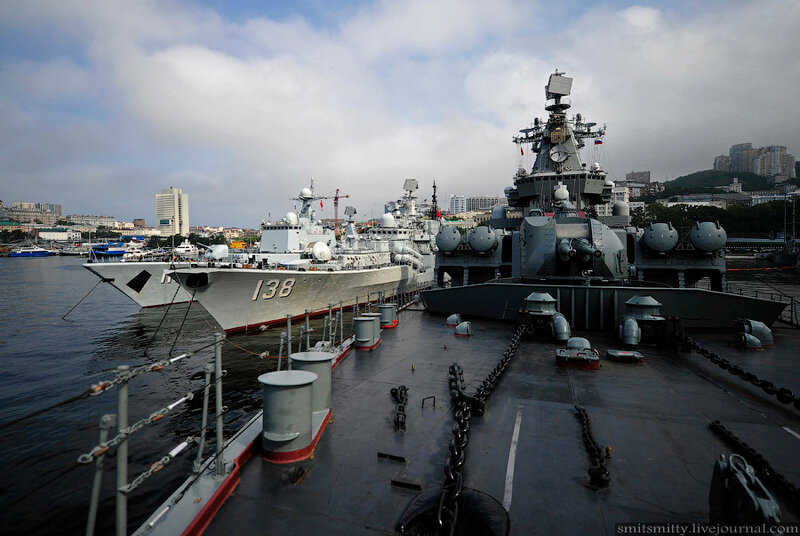 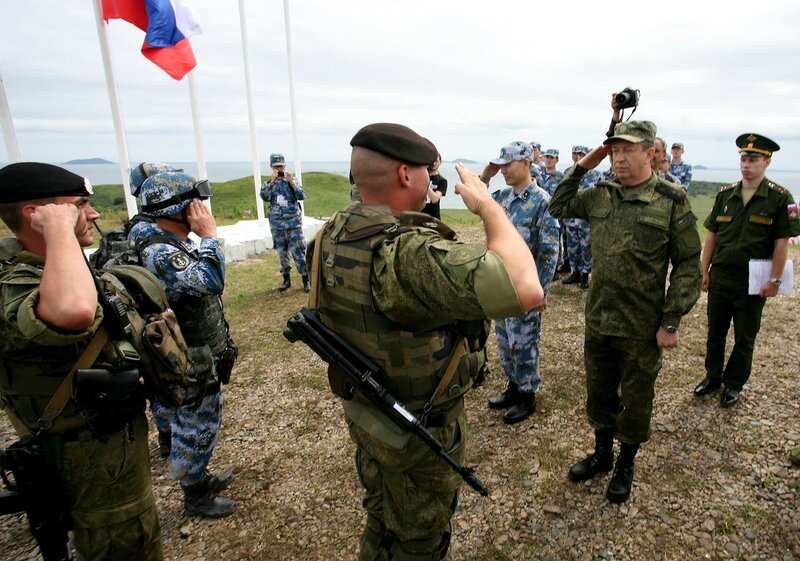 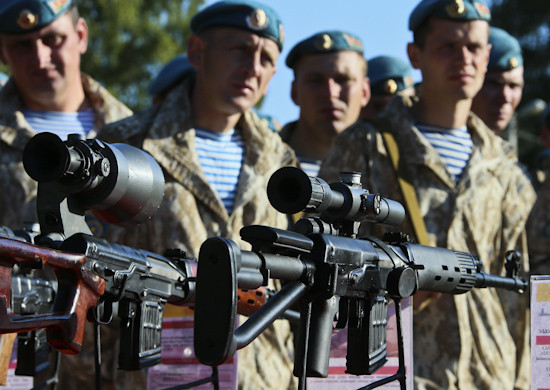 Location: Pskov
Cooperation-2015 is the codename for the Collective Rapid Reaction Forces (KSOR) of the Collective Security Treaty Organization countries. Participants in the exercise which is being held at the 76th Guards Airborne Division base in the Pskov District include Russia, Belarus, Armenia, Kazakhstan, Kyrgyzstan, and Tajikistan.
26. Russia delivers BTR-82A APCs to Syria
Fourteen of these vehicles have already been delivered, in batches of 6 and 8, by Russian amphibious assault ships. They have taken part in fighting in the Latakia province. Additional vehicles of this type are on the way aboard another ship heading for Syria from Russia. 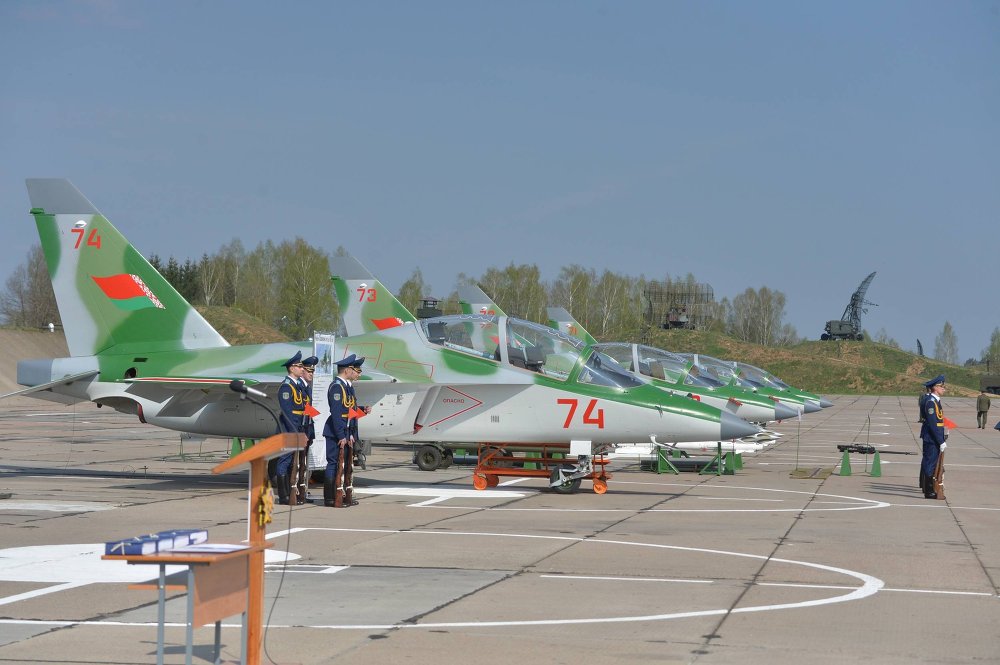 Belarus already operates four of these aircraft, the last of which was delivered earlier this year.
28. Selenga-2015 military exercises
Location: Tsugol, Transbaikal
The Selenga-2015 is another in a series of annual exercises conducted jointly by Russian and Mongolian armed forces.