Militant groups controlling the Eastern Ghouta region in eastern Damascus have disrupted talks on the settlement in the area, Russia’s UN Ambassador Vasily Nebenzya said during a meeting of the UN Security Council on February 22.

According to the diplomat, “several thousand irreconcilable militants, including those linked with terrorist organizations remain” in Eastern Ghouta. These militants turned the local population of Eastern Ghouta into “hostages” and don’t allow civilians to “leave the territories they control via the check point in al-Wafideen”.

“The Russian Center for Reconciliation of the Warring Parties urged illegal groups to lay down arms and formalize their status, but they wrecked the talks yesterday, on February 21,” Nebenzya said, according to the state-run news agency TASS.

He added that the Sweden-proposed draft UN resolution, which includes an idea to impose a 30-days ceasefire in the area to allow humanitarian aid deliveries, includes “no reasonable answer” what “will be the guarantees to ensure the observance of this ceasefire.”

Earleir this week, Syrian aircraft started dropping leaflets dropped thousands of leaflets over Eastern Ghouta calling on civilians to leave the area via provide safe routes. Pro-government sources say that this indicates that a military operation in the area will be launched soon. MORE DETAILS

If they stay, it means they make their bed, they can sleep in it.

But just think 2 seconds and you understand that the main problem for sunnis is sunnis. They hate so much that they are ready to endanger their own family for absolutely nothing. And they want nothing.

And, these stupid sunnis want to attack Iran because they want to revenge against shias to try to treat their inferiority complex. Of course, they are so weak that they even can’t attack Iran alone.

You are an idiot

That’s always what sunnis say to me. They don’t seem to have working brains.

After that, they live in chaos prepared by the west that they love so much.

I don’t like people who don’t respect themselfs and who keep saying “everything is fine” while their country is burning.

Very true.Sunnis are USA/Nato terrorist tribe.Easily bribed with U.S.dollars like their kingdom Monarch of Saudi Arabia.

Before, USA didn’t have the idea to use sunnis as useful idiots. Otherwise, USA Kennedy will have been killed by a “terrortist sunni who hate the free world and USA”. XD.

Sunnis love USA and they love the west. That’s what make me laught every day. They love their ennemis. You can see by yourselfs. They always kill west ennemis.

Keep laughing everyday for stupid generalization. You have thought that Saudi is a representative of sunni, in fact, I’m telling you it isn’t

Saudi is self declared sunni leader, as a sunni i reject it.

Is this all what you can say ? why don’t you be truthful to your Wahabi belief and call Serious a “Kafir” like all those that your terrorist friends beheaded, drowned, burned and cut to pieces alive ?

Lion, I am sorry that post was not meant to you that is why I deleted it …. My apology

Do you know how many Sunnis are actually fighting aside with shia brothers FOR SYRIA? So stop posting this BS or make different statements (e. g. about Saudi-Arabia and their dirty politics).

Do you know how many sunnis are fighting against Syria ???

There you go, start it again. Just currious, judging from your comment, i’m affraid you’re just one of ‘them’, who would be happy to see a confict between shia-sunnis.

This an unrealistic description of the tragic events in Syria. The revival of Sunny-Shea conflict promoted by US proxies in the area was prerequisite for seismic shift to replace a legitimate Arab-Israeli conflict with Sunny-Shea one, and consequently, creating a hypothetical enemy, (Iran), to replace the real one, (Israel). The Ideology for this newly invented conflict was already existed in the Wahabi, (not Sunny), doctrine backed by an immense wealth of Saudis. The corner stone of the Wahabi/Salafi ideology is to have the monopoly on granting authenticity of believe in Islam. Any Muslim who does not submit and practice this fanatic and bloody version of Islam is not only a non-Muslim, (Kafir), but an enemy of Islam who must be eliminated in Jihad. The new enemies included the four major Sonny sects, Shea, Zaidies, Duruz, Ismaelis and tens of Sofi Islam schools.
In 1970s, the 1000 Wahabi financed religious Imams and free schools “Madrasa” in Pakistan created a Wahabi youth Jahadi sector which was backed by,and used by the US. The Saudis Imam acted like the recruiting officers in the ME,Central Asia, North Africa and SE Asia to form Al-Qaeda led by a Saudi Millionaire, Bin Laden, and armed by US to fight the soviets in Afghanistan. The relationship between the US and Al-Qaeda and its derivatives through much richer Saudis as a middleman was renewed to be employed in Syria in 2011. These Jihadi terrorists targeted Sunny population, and scholars, Shea, Alawites, Ismaelis as well as all Christians Yazidis. The forces that are actively engaged in fighting these terrorist are of Sunny Majority. The bulk of SAA officers corps and foot soldiers are Sunny. the same is true about NDF, SDF and the Kurds. As far as I know, the west and US are not defending fellow Sunnies and Saudi Arabia’s war crimes in Yemen are not directed at Shea.

You are seriously ignorant. Fall into the trap of Syia vs Sunni is a stupidity that what Zio terrorist want. As a sunni muslim i condemn wahabism as a core teaching of radicalism and takfirism. Who do you think Shia rafid’oh? And Sunni Al-Qaeda(takfirism), they are both a radical splinter group that have been nurtured and funded by you know who to create a tension alive between sunni and shia, the first group even condemning khomenei for condemning the false teaching of shia rafidoh, the second group even worse, those outside of this group were kafir no matter sunni or shia. To Shia brother here on SF, love and respect from me, a sunni moslem from SE Asia, to others faith, love and respect too, from me a no body, just normal human being.

Best comment of the day, maybe the year. I especially liked your statement .
“The cornerstone of Wahhabi/Salifi ideology is to have the monopoly on granting authenticity of belief in Islam. Any Muslim who does not submit and practice this fanatic and bloody version of Islam is not only a non-Muslim ( Kafir ), but an enemy of Islam who must be eliminated in jihad”.
This is the key reason people like “Serious” fail to understand this important split in the Sunni branch of Islam. The reason the majority of the SAA are Sunni, but not Wahhabi.

Enemy nr. 1 for every one arab sunni shia , must be a JEW. No one in history doesnt kill so much arabs like ISIL zion agent. ISIL never kill a jew but a tousands of arabs.

Just fucking lol, the kikes are panicking. Attack. now. and save the syrian state.

When Sunni extremists say Assad is working for Israel. 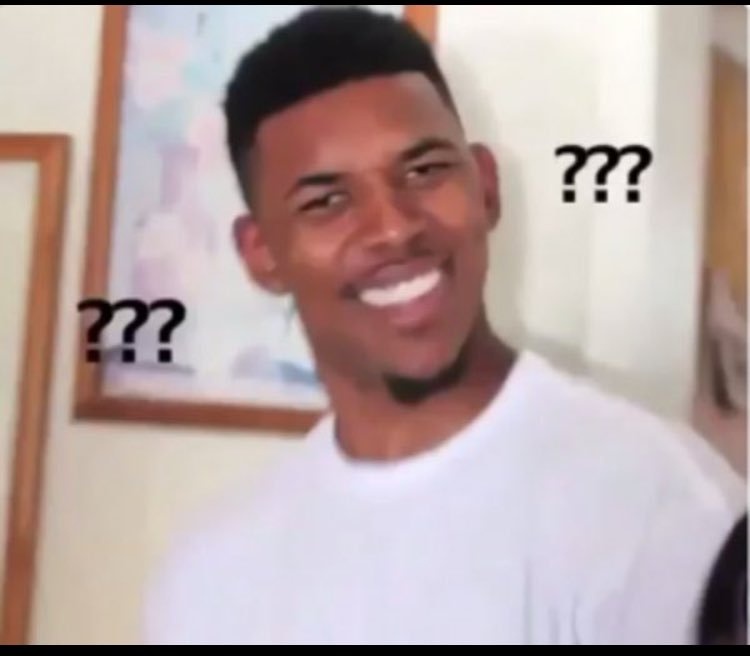 Sunnis say a lot of shit. They even say that their leaders are corrupted but they like Saudi Arabia, Qatar, USA, UK, France, …. the most corrupted countries on earth. XD.

Again and again, a generalization

Do what the US did in regards to Raqqa and just refuse to stop the bombing as long as terrorists are their.

The difference is that US only drops good bombs. They are not terrorising people, like the russian bombs, and particularly the barrel bombs. So, only US can bomb people humanely. The people bombed even die humanely, it is truly amazing.

barrel bombs were a propaganda stunt on which jihadists tried to convince the west to intervene at their side, along with the fake chemical attacks.

in the end, what they got, was Russian aerial bombs. Perhaps next time they’ll shut the fuck up and get “barrel bombed” like the Vietnamese did in the 70ies.

At lest one journalist told a western audience that a barrel bomb exploding was the equivalent of an earthquake 8 on a Richter scale. The lies were truly preposterous…

yea sure.
that journalist must have had access to seismic measuring equipment in the middle of a warzone then. or was it something he measured “by ear”? Besides, from which country and newspaper the journo was ?

Do not resist or we`ll come and drop some democracy on you!

Goℴgle is offereing me 97 US dollars hourly to complete few task off a home computer … Work only for just few peroid of time daily & live happy greater time with your loved ones . Any person can get this easy work!!on Sunday I got a gorgeous Mitsubishi Evo just after getting $15617 last five weeks .it is absolutely the best work however you can now not forgive yourself if you do not learn this.!wx743d:⇌⇌⇌ http://GoogleAlphaMoneyMakingSurveys/getpaid/99$/per-hr… ♥f♥♥w♥v♥♥♥y♥♥j♥o♥♥♥a♥♥♥r♥l♥♥♥e♥♥s♥j♥g♥♥n♥♥a♥u♥♥♥f♥♥♥x♥♥z♥i♥♥♥t♥♥k♥s♥u♥♥♥z:!ue081d:la

What forbid Russia and China to convoye the security council when USA level down a city for no reason, when USA kill 200+ syrian soldiers ????

Oh yes, Russia wants to be part of the west gang but the west doesn’t want.

The difference is that US only drops good bombs.

Why do ruskies drop rusty boms?

I am lucky that whole world now see the US lies and terrorism. Greatings middle europe.

Lavrov: We are ready to vote in favor of a draft UN Security Council resolution on Syria

for weakers: resolution is about 30 days ceasefire in east ghouta

The Swedish Caliphate proposed a UN draft resolution? The former Sweden was a member before they mysteriously disappeared. but I didn’t even know that the new Swedish Caliphate applied for UN membership, yet. What does their flag look like?

The swedish US slaves rather.

Don’t worry, East Ghouta rebels. The US got your back, just like when we bacled your head-chopper pals during the siege of Aleppo. The only reason they were defeated is because they didn’t trust the US enough – they lacked faith! You have to believe in us. Trust the US government and our CENTCOM holy warriors – it’s your only salvation. We won’t let you down! Besides, SAA artillery already has your kitten rescue bracketed. You’re going to be visiting your creator, soon.

And keep sending the staged White Helmet videos out for western MSM (but we need more footage of crying, dusty, bloody children – you know what to do).

I have no idea why Russia is so much involved and basically are the ones taking on this rebels.