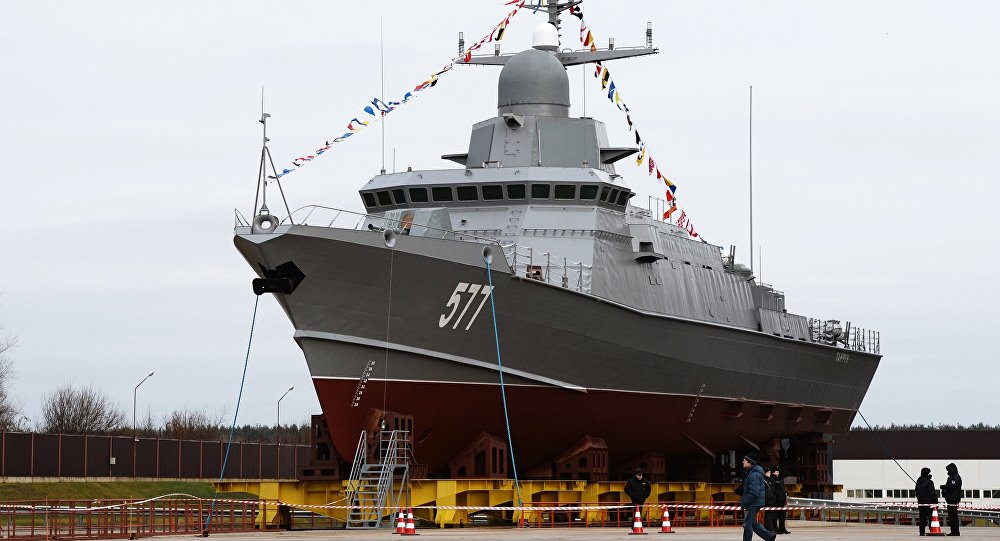 “These ships are very successful: they have a big tonnage, good armament, and Kaliber is the most important thing. The corvette has an acceptable price, it is small, compact and fast. I believe that it has a good export potential for a number of countries, especially from the Asia-Pacific Region – Vietnam, China, India and others,” Borisov said adding that Karakurt-class corvettes are used by the Russian Navy in the Baltic, Black and Caspian seas as well as in the north of the country.

The Karakurt-class is a series of Russian multirole artillery missile vessels of the near maritime zone developed by the Almaz Central Maritime Design Bureau.

A total of 18 Karakurt-class corvettes is set to be delivered to the Russian Navy. The first two of them will be delivered in 2018. The warships are armed with cruise missiles, modern artillery systems and Russian-made power plants.

Did the Russian government tell the shipyard to find buyers for the remaining 16?

Does not help any. Only useful if sold to Iran, India, Lebanon, Syria, Argentina and the Philippines. https://www.infowars.com/

I doubt Israel or the UK would be allowed to buy them, they would steal the technology and sell it to terrorists.