Rosoboronexport JSC is part of Rostec and has begun marketing work to promote the 59N6-TE mobile three-coordinate radar station developed and manufactured by FNPC NNIIRT to the global arms market.

“Thanks to the work of thousands of Russian scientists, designers and technicians, Rosoboronexport has the opportunity to offer its foreign partners unique defensive solutions, often unparalleled in the world and meeting promising trends in military operations. Today, Rosoboronexport launches the latest radar station on the market, capable of effectively detecting a wide class of modern and promising air targets, including hypersonic targets. When developing the export version of the radar, the growing importance of air defense systems in ensuring the security of states, as well as the needs of foreign customers to increase the intelligence capabilities of air defense units and units, “took into account,” said General Director of Rosoboronexport Alexander Mikheev.

The 59N6-TE mobile three-coordinate radar station is exclusively a Russian development and is based on a modern domestic element base with digital processing and signal conditioning.

It is fully solid-state, has high potential, increased noise immunity.

59N6-TE is a medium- and high-altitude radar and has a decimeter wavelength range. In addition to hypersonic targets, it also effectively detects aerodynamic and ballistic objects. The 59N6-TE radar provides a measurement of the range, azimuth and altitude of an air object.

It is capable of detecting targets flying at a speed of up to 8 thousand km/h at a range of up to 450 kilometers and an altitude of up to 200 kilometers, and after detection, exchange radar information with automated systems.

It is resistant to interference, and also is capable of detecting the direction from which active noise interference is being carried out.

The station has automatic and semi-automatic modes of capture and tracking of air objects.

In real time, it can simultaneously track at least 1,000 objects and recognize 8 classes of targets, including the selection of anti-radar missiles and warn combat crews of danger of destruction, including by high-precision weapons and homing missiles.

Also in the 59N6-TE radar is capable of detecting air objects defined in the international radar recognition systems Mk-XA and ATC RBS.

The 59N6-TE radar set includes the antenna-hardware complex and indicator post located on the KAMAZ-6560 type automobile base chassis.

It can also be stationary and the option of locating the radar antenna system on a high-rise support and other structures. In addition, the station can be remotely operated, from a distance of up to 1 kilometer when connected via fiber-optic communication lines and up to 15 km when working via a radio channel.

“I am confident that in today’s conditions and with the obvious prospects of hypersonic technologies, the 59N6-TE radar will occupy top positions in its market segment and will become an important acquisition for countries that are building their air defense system taking into account world trends in the development of air attack weapons. We count on the high demand for the new station in the countries of the Asia-Pacific region, the Middle East and North Africa, ”added Alexander Mikheev. Like I have said before based on FACTS, Russia has no equal in aerospace and air defence technology, but should be careful to guard it from the thieving Americunts and Zionist parasites as they steal R&D as they can’t produce anything original. All Americunt aerospace tech is stolen from their Nazi mentors.

“It is capable of detecting targets flying at a speed of up to 8 thousand km/h at a range of up to 450 kilometers and an altitude of up to 200 kilometers, and after detection, exchange radar information with automated systems.”

Does anyone believe it? more Russian PR.

Jew cowardly cunts are being saved by Putin and the ingrates post anti-Russian garbage 24/7 at every site.

It was Russian emigres who built Iron Dome you muppet. Not the Floridian emigres.

MICROWAVE THE KIKES & SAVE THE OVENS!

Interesting that Iran and Russia are developing similar systems ;) “’Persian Gulf’ is a long-range and strategic radar system with an operational range of over 800 kilometers. The three-dimensional phased
array radar system can detect all types of conventional and stealth targets, including ballistic missiles,” Iranian state news agency IRNA reported. 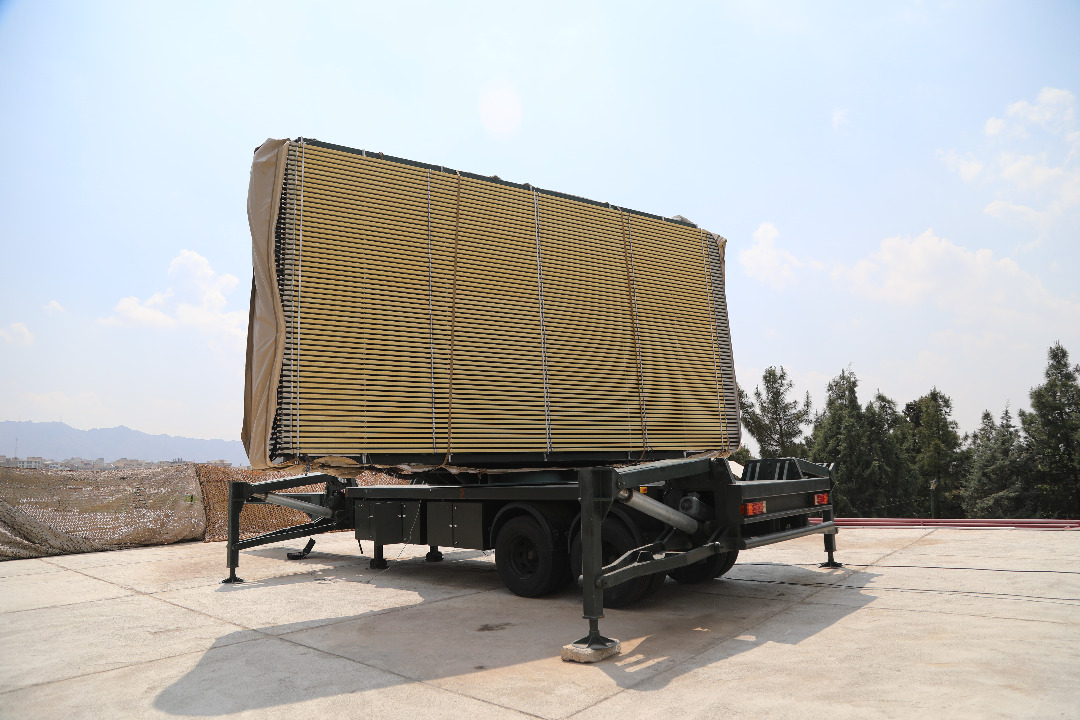 Congrats Comrades.
CIA trolls and hasbarats will cry and rage :)
Ukropnazis too…

Dont worry guys the U.S. be able to counter it with 7th generation fighters entering service around 2090…