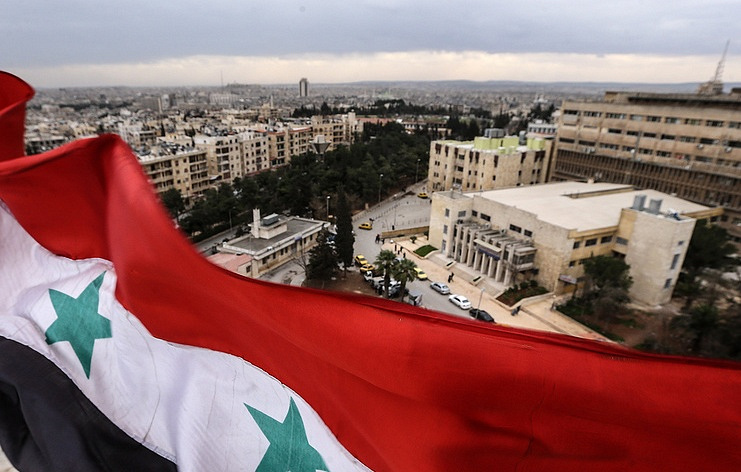 The Russian Centre for the Reception, Allocation and Accommodation of Refugees in Syria has prepared more than 336,000 places to accommodate returning refugees and temporarily displaced people in Syria, the Center said in its daily bulletin on July 21.

These places were put up in 76 populated localities which were least affected by combat actions in the war-torn country. The Center said the places were set up in the following provinces:

According to the Russian military, 83 medical facilities, 213 educational institutions, 73 power stations, 69 water supplies facilities and 2 fuel and energy facilities as well as 244km of roads have been restored so far.

232,792 refugees have returned from aboard to Syria since the start of the Russian military operation in the country in 2015, the Center said.

Additionally, more than 100,000 people have returned to the Eastern Ghouta regionof Damascus, since it was liberated in the spring of 2018.

The military says that a total of 1.7m refugees may return to Syria from the following countries:

The Russian Reconciliation Center for Syria has carried out 1,870 humanitarian activities providing civilians with 2805,06t of humanitarian aid.

Another problem is the restoration of infrastructure in the big towns nad cities – the general level of its destruction is often 40-70%.

According to the military, Russia is carrying out a comprehensive humanitarian operation in order to improve the humanitarian situation in Syria, to restore its infrastructure and to allow people to return to their homes.

It should be noted that all these activities are taken in the part of Syria controlled by the Assad government. Areas occupied by militants and the US-led coalition are excluded from these efforts, first of all, because these sides prevent Russian humanitarian aid and oppose its transparent delivery. Furthermore, the coalition is opposing Russian efforts because it seeks to turn northeastern Syria, controlled by its proxies, into a semi-independent quasi state.

This is great progress, getting things rebuilt and people returning home in Syria. Also reported that Syrian govt will take over operations and repair of Tabqa dam.

When will Russia start restoring its own infrastructure and people’s lifes. There are like about 500 thousands of refugees in Russia after Chechen war. They don’t have a thing of help not even cheap food.

Shut up fucking US puppet !

Денис ты что тут заливаешь? Хохол или просто подпиндосник? Blatant lie. Most likely ukro troll or simply US stooge. May ask, where’s that half million of people are located? Are they homeless? Jobless? Who instigated Chechen war? I’d like to hear your answers.

Why is the US spending billions supporting terror around the world, creating migrant crises, destroying nations…instead of investing i its infrastructure. What about the millions in america who are jobless or underemployed??? WHO GIVES THESE PEOPLES A VOICE??? FUCKING NO ONE, INSTEAD WE HAVE COCKSANDICH EATERS LIKE YOU, NEED SOME EXTRA “MAYO” WITG THAT???

Russia has rebuilt Chechnya and it has done major infrastructure improvements in Crimea. Even though the later didn’t have a war it was neglected for decades.

Maybe the China Can help Assad.

Yes, China has all the necessary conditions and it is willing to invest billions on Syrian infrastructure to rebuild the country, they’ll help a lot.