In late December 2018, a highly modified Russian commercial aircraft acted as a flying laboratory, completed its first test flight after an upgrade to perform flight test of new avionics, cameras, and sensors for the next-generation strategic bomber. According to the official statement from the Tupolev aerospace company,  “the purpose of the upgrade of the Tu-214LMK testbed is to create a flying lab for testing in-flight onboard equipment complexes of the Tu-160.”

The Tu-214LMK flying lab has been retrofitted to perform flight-test with highly advanced avionics developed for the next-generation strategic bombers. Tu-214LMK’s modifications include installation of a Tu-160M2 radar system housed in the nose cone of the aircraft.

Defense Blog said the flying lab would significantly reduce the risk as well as future flight test hours by enabling extensive in-flight testing and evaluation before much of the avionics are installed on the new bombers.

Russia’s Ministry of Defence (MoD) ordered ten of the new bombers from United Aircraft Corporation (UAC), in a deal worth RUB160 billion ($2.7 billion), the ministry said in early 2018. “In its upgraded version, it [the engine] will be 10% more efficient, which will make it possible to increase the flight range of the strategic bomber by about 1,000 km,” Russian News Agency TASS said in a prior report.

The older, Tu-160s have been recently in the news. Last month, two of these bombers crossed the Atlantic for deployment in Venezuela. The bombers flew a 10-hour patrol over the Caribbean Sea from a base in Venezuela. Shortly after their visit, the bombers returned to their airbase in Russia.

Very close!Journalists trying to repeat the success of their colleagues from Azerbaijan?)https://defence-blog.com/news/russia-deploys-two-tu-160-strategic-bombers-to-venezuela.html

With new, advanced avionics and sensors currently in test, the next-generation strategic bomber is slated to enter series production in the second half of 2019. Maybe, with these new bombers, Moscow is planning to deploy them in America’s backyard, a move that would infuriate Washington.

I prefer to say “deep state” instead of “Washington.” After all, I know that the United States government isn’t really in control. It’s a system. It’s the deep state. They control Israel, the EU, Canada, the US, and various other allies. At the end of the day, it’s what you might call a “shadow government” except it rules more than just one country.

The deep state is synonymous to mules in every aspect of the government that are bought and controlled by unelected individuals that have great wealth, who want to pursue their personal agenda or some ideological concept.

I am not Christ.
Are your views of the deep state based on Biblical prophecies?

I was just making a joke based off your username. I’m not being malicious or anything. Just adding some levity.

You can call me Al
Reply to  Master Oroko

I think and hope he is only messing with you.

Chill out Jesus. You know that your name does have meanings for many of us.

(((Their))) monetary spoils are a means to an end, but not the end itself.

The Roman Catholic church is still controlled by Jewish supremacists at present, including the deep state.

I welcome you to become acquainted with the Babylonian Talmud, Ted Pike’s documentary “The Other Israel” is a good place to start.

– “Because the Talmud conspires against gentiles, if a Jew was ever
caught telling a gentile what the Talmud really says, such a person
deserves death.” ~ Jewish Encyclopedia “Gentile” (p. 623)

Derived from both the Jerusalem and the Babylonian Talmud (the core tenets of Judaism):

– “Mary, the mother of Jesus, was a whore and played the harlot with carpenters” ~ Sanhedrin, 106a,b

– “Jehovah created the non-Jew in human form so that the Jew would not
have to be served by beasts. The non-Jew is consequently an animal in
human form, and condemned to serve the Jew day and night.” ~ Midrasch
Talpioth, p. 225-L

– “A Jew should and must make a false oath when the Goyim asks if our books contain anything against them.” ~ Szaaloth-Utszabot, The Book of Jore Dia 17

– “To communicate anything to a Goy about our religious relations would be equal to the killing of all Jews, for if the Goyim knew what we teach about them,
they would kill us openly.” ~ Libbre David 37

The Talmud has nothing to do with the Bible, I am not interested in what the Talmud says….it is bogus.

The Jerusalem (5th century A.D.) and Babylonian (the final version first compiled in the 8th century A.D.) Talmuds reflect the core tenets of Judaism, so naturally it is a primary source for ascertaining Jewish beliefs and behavior since the introduction of the Pharisees, particularly since it is their “book of law” which stems from the oral tradition.

As far as Christianity is concerned, the new testament bible is based on the Septuagint (2nd Century A.D. Greek translation of the original Hebrew scripture) and Peshitta (2nd Century A.D. Syriac translation) and their successors were first written down a matter of centuries following the crucifixion and subsequent resurrection of Jesus Christ. Unfortunately, a great deal of it has been altered from the original.

Finally, Christ’s crucifixion mirrors the crucifixion of other pagan deities, including Odin/Wotan whose hands were tied to the Yggdrasil – the Nordic version of the Tree of Life, perhaps identical to the tree of knowledge in the story of Genesis where the Serpant tempted Eve who in turn tempted Adam to eat the forbidden fruit that symbolizes knowledge and regarded by Christians to be original sin since it led to God forever banning Adam, Eve and all of their descendants (the human species) from the Garden of Eden.

As for Jesus’ resurrection two days following his burial (this is contradicted by earlier versions that the Lord never allowed him to see the grave, or something along those lines), this mirrors other deities such as the Egyptian son god Horus who also rose from the grave to the heavens. 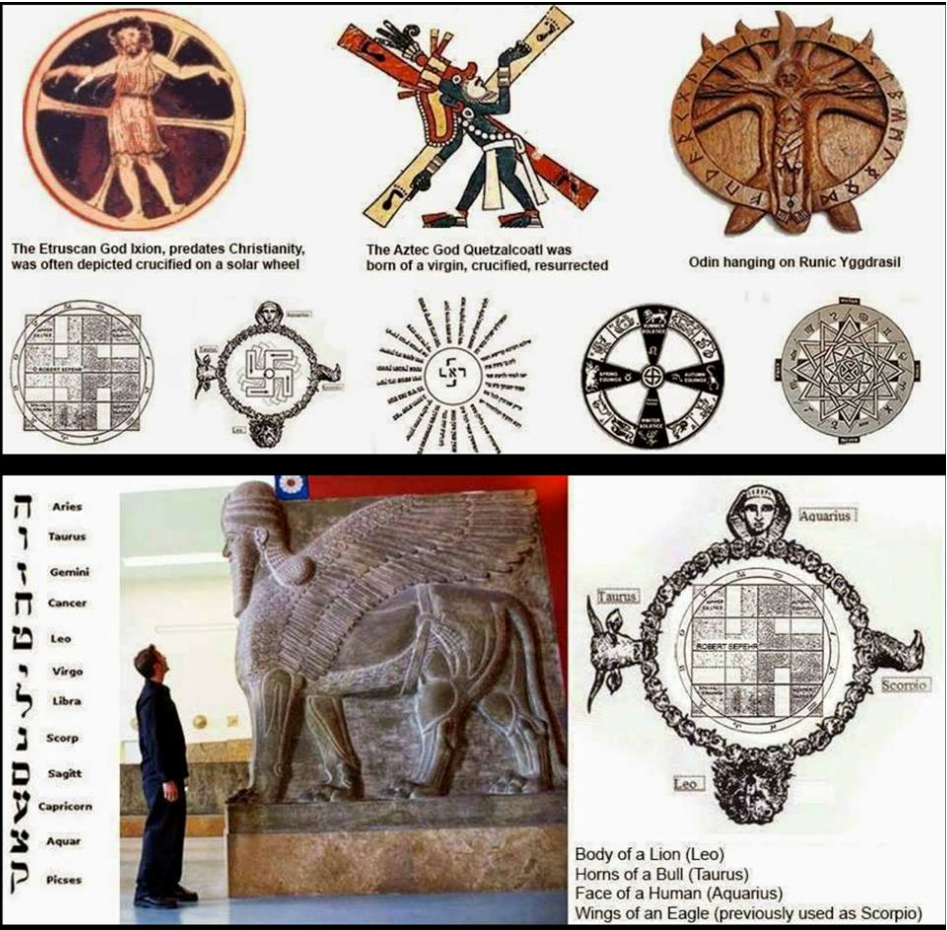 Your information is bogus, I have a very good understanding of the scriptures and church history, and history in general, what you provide is opinions of men that scratch the surface of the subject without true undestanding on the matter driven by an agenda.

The King James Version (KJV) of the New Testament bible isn’t entirely consistent with earlier versions of the bible, nor is it entirely consistent with that of the Orthodox and Coptic versions. Multiple versions of the bible have been produced throughout the centuries that have taken liberties here and there. The translations aren’t exact and not all of it can be explained away by differences in grammar and sentence structure that exist from language to language.

Atlas of Mexico and the New World: http://prntscr.com/m5lumm

KJ Bible was translated from copies of the Aramaic Antioch scripture scrolls.
As far as Christmas, Jesus was born in early spring, most likely in early April.
As far as the Sumerian video, Sumerian civilization developed after the flood, to my knowledge there are no reliable records of existing civilizations prior to the flood 2450 BC.
The cuneiform tablet in the video most likely was written after the flood, since clay tablets would do poorly being submerged in water for a year, and most likely is a repeat of Noah’s story with a local flair and gods.

It is known that the religion of the israelites was polytheistic prior to being a monotheistic religion. All new testament bibles are translations from the Septuagint – a Greek translation of the old testament Masoratic Tanakh (a collection of earlier writings such as the dead sea scrolls), which the Septuagint is inconsistent with.

The aforementioned Sumerian tablets predate the earliest known recordings of the Tanakh and earlier recordings that the bible is based on. This is an indication that the story of was more likely an adaption of an earlier story, there are also parallels to Moses in Semitic polytheistic religions that predate Christianity and the earlier known scrolls that were later compiled into the Tanakh.

Recording information on paper more often than clay and stone when it became more reliable than paryrus.

It’s also worth noting the similarities between the Ankh ☥, the sun wheel ⨁, and the cross †. The cross and sun wheel were later combined to form the Celtic cross ?.

I respect the fact that we have different beliefs, otherwise society would cease to function effectively and progress wouldn’t be possible. I may very well be wrong, but at least it’s good to engage in debate and other intellectual endeavors.

Researchers Establish a Link Between Brain Damage and Religious Fundamentalism:

A clip where Indian professor Dr. Alexander Jacob mentions something similar to Moses’ mother placing him in a basket that floated down the river nile: 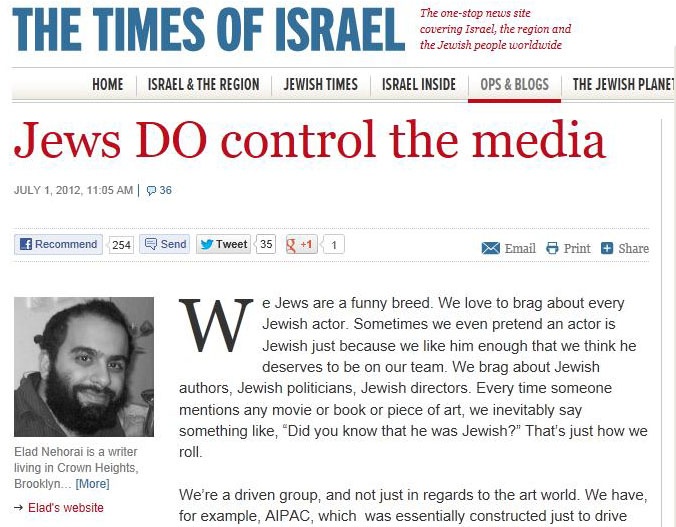 Than why was the Federal Reserve and Bank of International Settlements formed by men from wealthy Jewish bankers? Why are they consortiums for privately owned bank’s such as Rothschild Banking Interests, Lehman Brothers, Rockefeller and JP Morgan, etc? And it doesn’t matter that Rockefeller and Morgan are Gentile surnames, jews are known for intermarrying into Gentile families (including royalty, nobility, and other influential figures), including adopting Gentile surnames. Sometimes looking their appearances give them away, such as in the case of the late David Rockefeller who possessed Ashkenazi facial traits.

The Federal Reserve Board was created by the Rothchilds to control US, that happened in 1913.

Not enough it appears :) 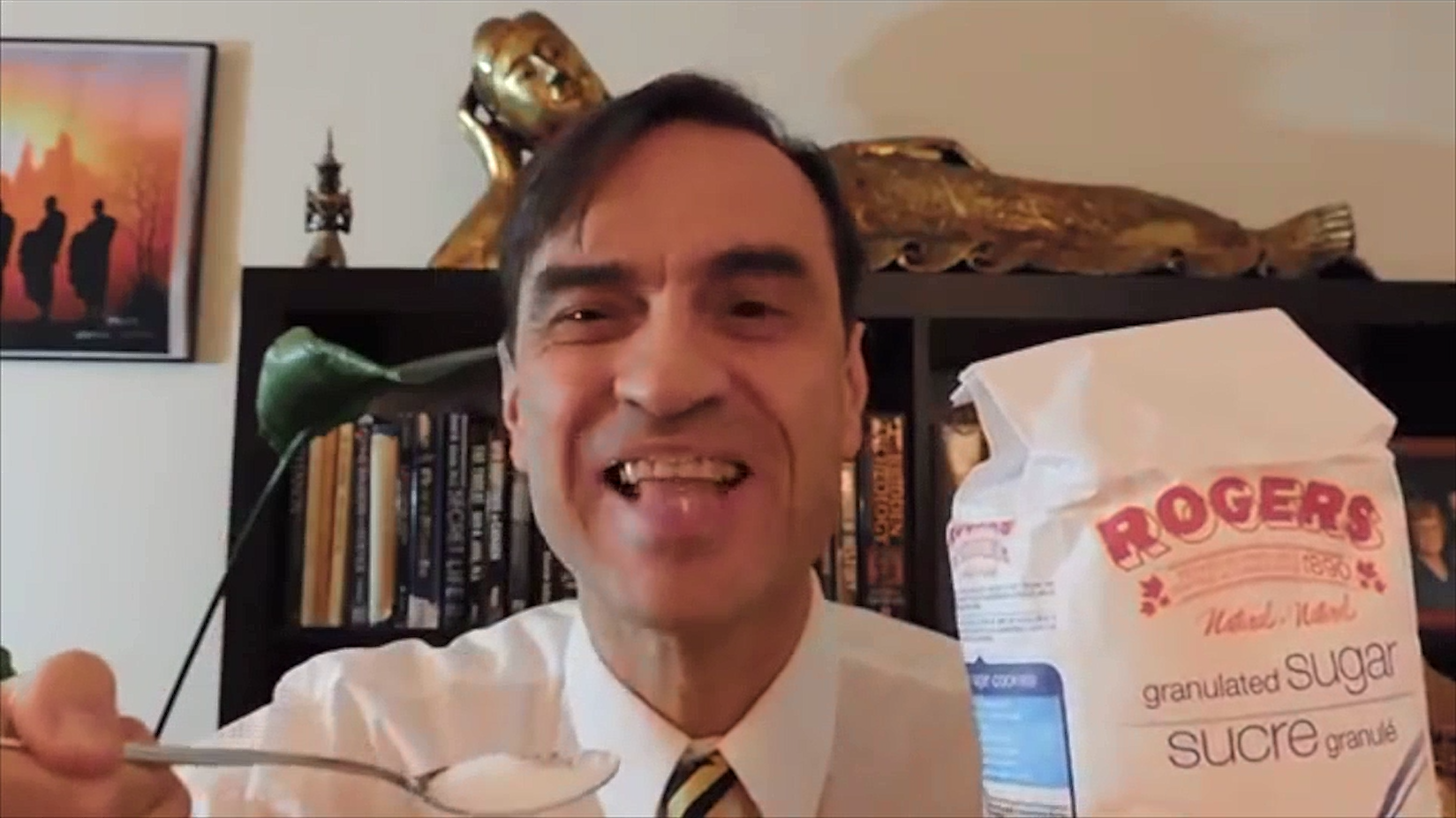 Tu 160M2 getting ready for production, Tu 214MK being used to test the avionics that will be installed on the TU160M2. This shortens the time period when Tu160 M2 are built and acceptance into service.

Yes, this is a good idea for massed produced armaments, the Gorshkov frigate class and Ivan Gren landing ship delay due to a variety of reasons, led MOD to come up with ideas to reduce the time period a finished armament undergoes testing and is accepted into service.

Three is more profit for the manufacturer though it they followed the US example of ‘ Build it first then modify it many times, as in the US F35 :)

What a good idea. So simply, but seldom (if at all) done.

hell no the AC-130 is useless vs nations with even basic SAM systems.

Agree, against even basic AD AC-130 is nothing other than large flying coffin.

That’s exactly what they are for – operation against forces with no air defence.

It basically was used against people with no anti-air missile systems, I bet they didn’t have a single Shilka, Strela, Igla, Verba or even a ZU-23 to defend themselves against air attacks, very naive and it costed many good lives.

If you still belive that tale you are ether very nieve or stupid.

And you are stupid if you think nothing happend. It’s just the of number of casualties that’s questionable…

Nothing happened to Russians some milita probably got killed but thats it.

Not against advanced nations but against shithadists and other terrorist scum…

That’s only if the US Coalition of Terror proxies to not have US SAM’s surely ?

Those shithadists work for America, they have American air support wherever they operate.

Are suggesting that Russia should start attacking defenseless countries like the US?