The Kungas is currently undergoing tests in the 12th Central Research Institute of the Russian Defence Ministry. The institute was created in the early 1950s. It is testing military equipment for resistance to various damaging factors, including those arising from a nuclear explosion. The experimental base allows to simulate a super-powerful shock wave and strong electromagnetic fields. The Russian military did not provide extensive details on the project. However, data from the open sources allows to get a general look at the “Kungas” and vehicles that it includes.

1. A “man-portable” reconnaissance UGV with a manipulator. Its weight is 12 kg.

2. A “light” UGV. It can carry an engineering manipulator or a combat module. The combat module includes up to 4 anti-tank missiles or a PKTM 7.62 machine gun or a grenade launcher or a flamethrower system (Rocket-propelled Infantry Flamethrower). It’s weight is 200 kg. 3. A “transportable” fire support and reconnaissance combat UGV. The combat module includes a Kord 12.7 heavy machine gun (300 rounds) and an AG-30 automatic grenade launcher (90 rounds). Its weight is 2t. There are various configurations of this AGV. 4. The combat robot Nerekhta. The combat module in various options is equipped with a 12.7 mm machine-gun Kord (300 rounds) or a 7.62 mm tank machine-gun Kalashnikov. The module can be additionally equipped with the automatic grenade launcher AG-30M (90 rounds). Additionally to these weapons, the combat robot can carry additional 500kg of ammunition and equipment. The robot has various configurations, including reconnaissance, medical, transport, electronic warfare and other variants.

5.  A robotic version of the BTR-MDM Shell armoured personnel carrier. It has various configurations. The robot is armed with a 12.7 machine gun Kord or a 7.62 machine gun PKTM, and an automatic grenade launcher AG-30 (300 grenades). Its main purpose is to be a transport module and fire support vehicle. The robot weight is 17t. According to the report by Zvezda TV, all these combat UGCs can be controlled remotely from a single command post. This means that they are controlled by a unified control system within a single intelligent network. In this case, the concept is that any combat robot or a group of combat robots can be controlled remotely from a single center (controller) . The composition and the number of controlled robots can be different depending on the situation and the task. It’s also expected that UGVs of the “Kungas” system can perform tasks autonomously (without a direct control by an operator).

The Kungas robotic system is a breakthrough development for the Russian Armed Forces. From the data revealed, it becomes cleared that a platoon of combat robots has already been created within the Ground Forces. The unit is shaped in a manner that allows it to perform tasks on its own or in interaction with other units of the armed forces or form flexible situational groups of different composition with the inclusion of other robotic systems.

Combat UGCs of the Kungas system can provide fire, reconnaissance and other types of support to more expensive systems, like the Uran-9 tracked unmanned combat ground vehicle.

Therefore, in the relatively near future, the Russians will be able to form offensive or defensive orders consisting of various robotic systems. For example, one can imagine an upcoming tactical unit consisting of several Uran 9 combat robots and various Kungas UGVs providing them with the needed assistance. The additional support will be provided by unmanned aerial vehicles and conventional units.

OK, so the future of war looks robotic and autonomous of system…
Are the decision makers then going to be able to protect the ‘living’ human population below ground and/or off-world?
How do you save a significant proportion of your population (say 33% minimum) from death by machine warfare?
Underground (subterranean) fortress cities, inside mountain ranges, under the sea in an Atlantis???

America doesn’t need one as long as they have Wahhabis. 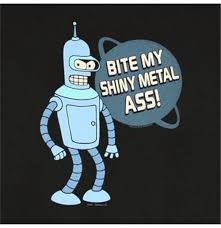 Toronto is a paid troll, waste of time and oxygen.

No one in their right mind would pay any troll to write that dribble shit. Let’s face it , if his brains were gasoline he wouldn’t be able to power a fleas go cart around a cheerio.

Well aren’t you a pillar of wisdom .

Thanks but everyone must seem to be a pillar of wisdom to you which means your compliment is not that great , but thanks anyway/

Bender was offended, and uses no oxygen. :) 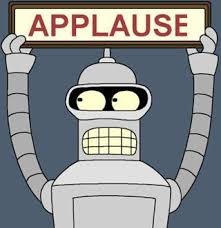 No I am not dikhead .

Yes you are dikhead . No point trying to deny what is obvious to everyone.

If they’re paying this 12 year old to troll then they are literally showering people with easy money. Quality control is obviously not a concern. Then I want some of that dough too. It shouldn’t be too hard to come up with stuff that triggers you guys that is at least 500% more intelligent.

Just because YOU can and DO doesn’t mean everyone else is a lizard..

north amerikans r robots; now there will be a war of equals…Koestler compared north amerikans to 5th century Romans…” a similarly contactless society populated by automatons…a similarly soulless, politically corrupt, everybody for themselves society”

russian war mongering is no different then american warmongering.

The trouble with this statement is that also if you want war you will prepare for war. How can we tell the difference?

Protecting your border from aggressive neighbors is not being a warmonger yout stupid fucko.

oh look another russian troll bot. What a shocker. Tiny little ukraine with a force of less then 140,000 military personal is a threat? Are you that stupid or that brainwashed?

Last time i checked (you little piece of shit) the U.S gestapo invaded Syria with mercenaries (moderate head choppers), almost destroying the whole country infrastructure, then president of Syria decided to ask for help to Russia.

And about Ukraine… Ukraine government was toppled by the U.S in 2014 WTF are you talking about?

The only brainwashed here it’s you, a good slave.

Syria was fucked before anyone went in there thanks to the Assad family dufus .

Was that before or after the russians poured in tons of money resources and mercs to prop up their puppet of a leader mr troll bot?

NKVD or KGB is a more accurate comparison.

Also last time i checked Syria was not on Russia’s border slick.

Those are not robots, these are robots

Both are technically robots. The robot you linked into the comments have more common with the sci-fi robots in the 1950s than NASA moon rovers. Like with Russian armoured vehicles, their UCGVs are more compact with greater fire power.