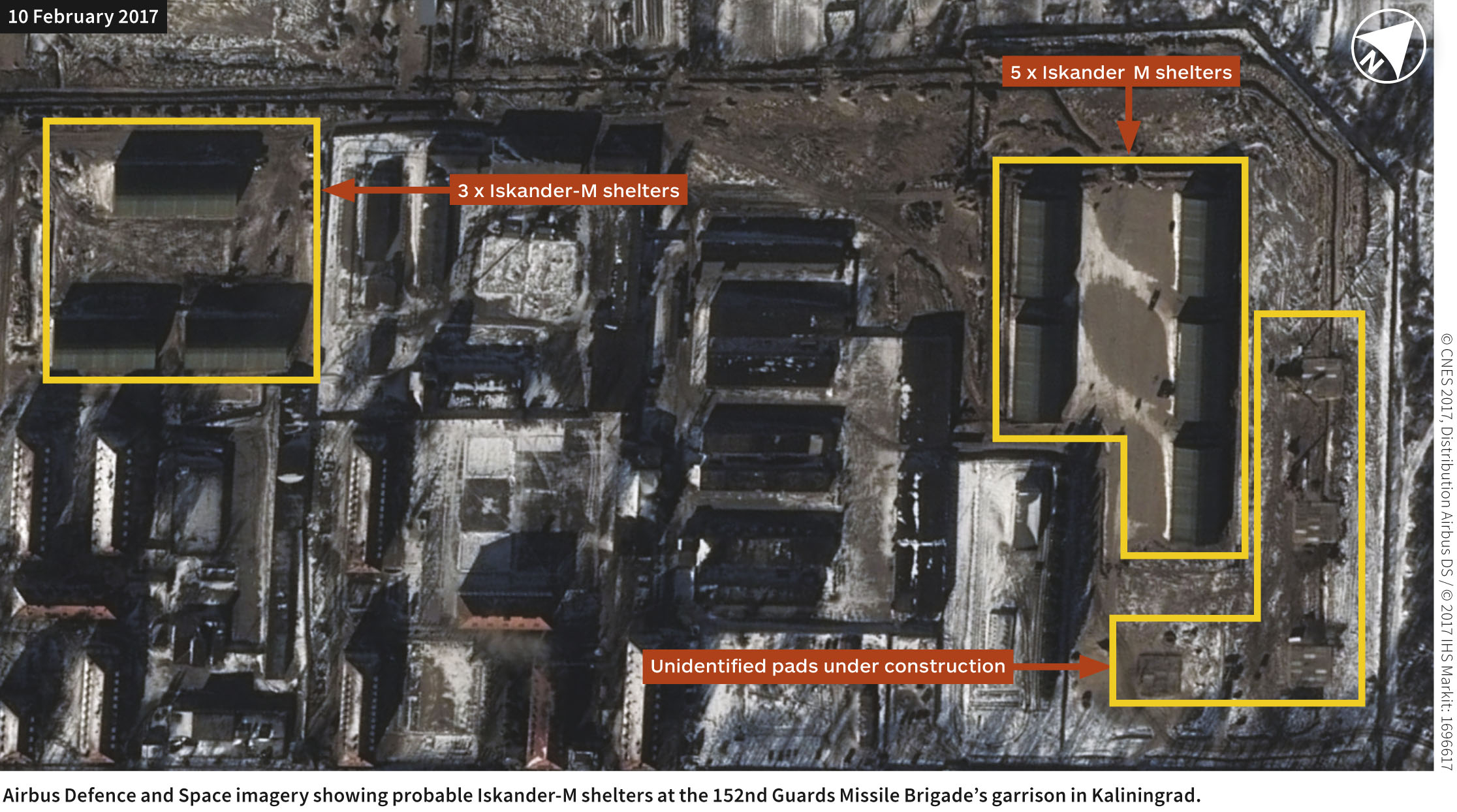 The Jane’s Defence Weekly magazine released an sattelite image allegedly depicting 8 shelters for Iskander-M missile systems at the 152nd Guardss Missile Brigade’s garrison in the Russian city of Kaliningrad. The image was made on February 10, 2017.

According to the magazine’s article, more pads are under construction which could be a fact of alleged permanent deployment of Iskander-M systems in the area. 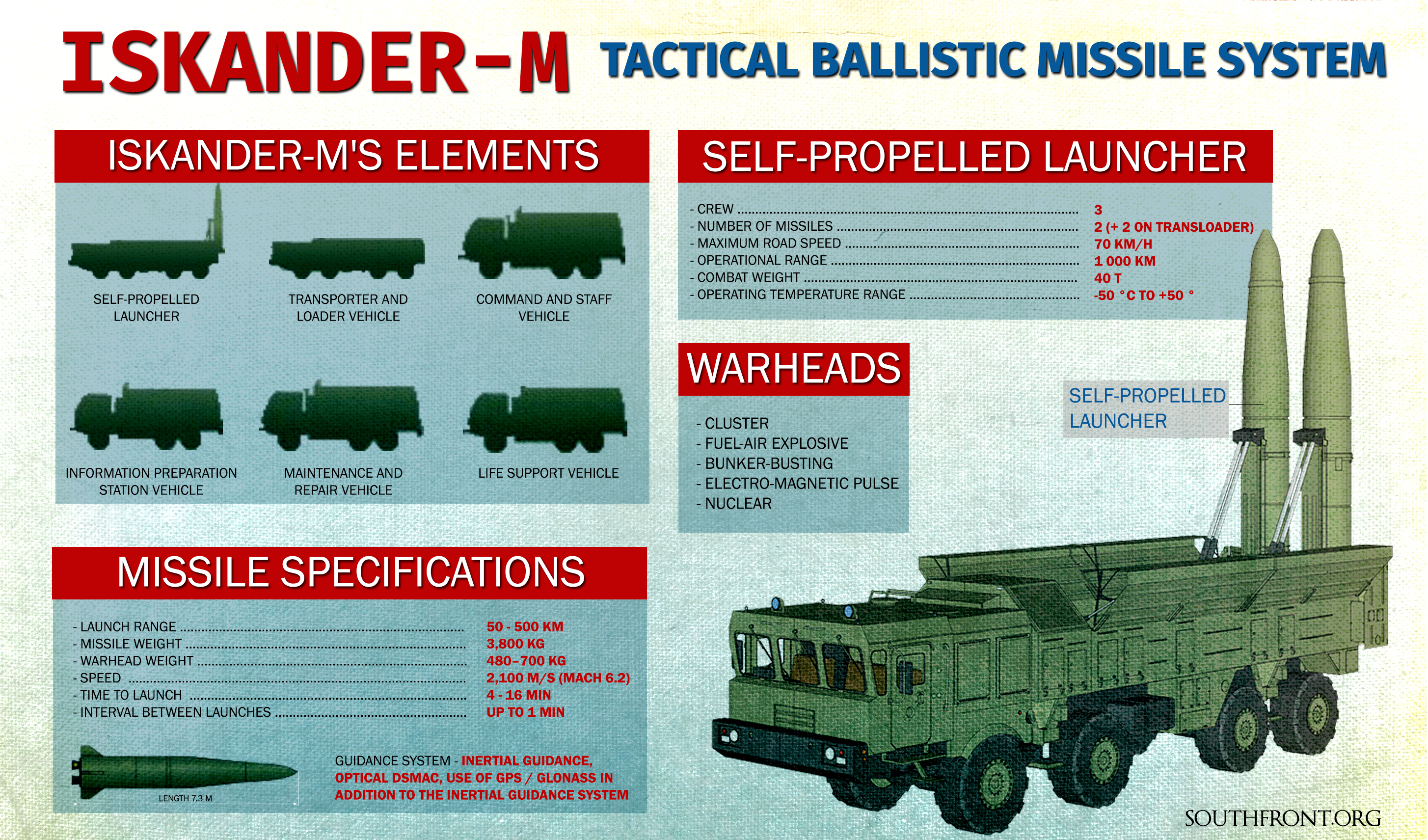 The 152nd Guardss Missile Brigade deployed in Kaliningrad does not have Iskander-M missile systems and is armed with 9K79-1 Tochka-U tactical operational missile complexes.

Thus, the released image could indicate that Moscow is preparing an infrastructure for possible deplyoment of Iskander-M missile systems in the area. Theoretically, these could be done in 2017 or 2018.

I agree with you 100%. The little boys and girls – puppets/lapdogs/hangers on – holding the coattails of their American master will soon be soiling their adult diapers and screaming Russian belligerence and bloody murder. These worms are world class hypocrites. Meanwhile, they are pushing eastward trying to provoke Russia with their mobbing tactics. Pathetic.

I’m surprised that there has been no stories about the Ukrainian ammo warehouse explosion http://www.popularmechanics.com/military/weapons/news/a25803/ukrainian-munitions-dump-explosion/

Prediction: this will be followed by the longest period of tranquility in Eastern Ukraine.

Fnar! I think you have a point there….;o)

https://southfront.org/military-warehouse-on-fire-ammunition-exploding-in-kharkov-region-of-ukraine-video/ There was. Also, it happens relatively often, since Ukraine is one of the top suppliers of weapons and ammunition at black market and people need to cover their tracks after they stole the stuff.

Kaliningrad is part of Russia. What is the problem? Any concerns or complaints should be addressed to President Putin. What about the anti-missile defenses being deployed in Poland and Romania?